The internet has opened the floodgates for cross-continental copyright infringement that appears in many different forms. But it seems that in some cases, with or without a judge involved, justice can be served. 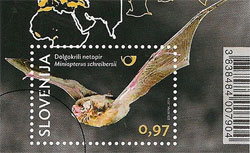 Australian cave photographer, Steve Bourne, was contacted about two weeks ago by a German biologist and avid collector of bat stamps, informing him that the Slovenian postal service was about to release a stamp that featured one of his photographs. This was news to Steve, given he hadn’t licensed the photograph to anyone in Slovenia, or anyone lately for that matter.

The photo was of a South Australian bent-wing bat, which breeds in the Naracoorte caves – which Steve was the manager of back in 2006 when the photo was taken. He would spend many hours attempting to photograph the bats while assisting in bat-related studies. (For those wondering how he captured the images – they’d set up the frame with an infra-red trigger that simultaneously released the flash and shutter as a bat flew passed.)

The photos attracted plenty of attention at the time, and Steve licensed them to the BBC and Steve Parish Books, as well as having the prints sold as souvenirs for a local provider (with all the money he made going toward bat research).

He also provided the images to environmental and educational programs, which is where Steve believes they were sourced illegally and at a low resolution by the Slovenian Post-commissioned graphic designer, Ed Berk. 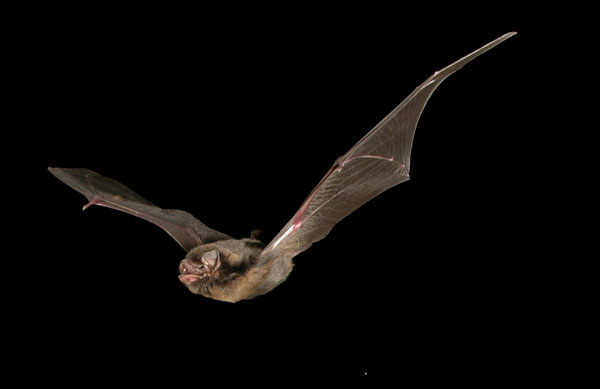 Looks similar, doesn’t it? Because this particular species of bat is so difficult to photograph, the researchers would release bats through the frame Steve set up after they were done with them. Source: Supplied

Following the ABC‘s online coverage the story, the Slovenian media picked up on the story and fleshed it out, exposing Ed Berk’s actions.

‘It’s been on numerous [Slovenian news] websites, two radio stations, the national television station and a couple of newspapers. That’s a fair bit out of one little story,’ Steve reflected to Pro Counter.

After the graphic designer saw the reports on Slovenian national television, he approached the ABC in an attempt to reach Steve to make amends, and the ABC passed on his e-mail address.

‘I contacted him to find out why he stole my images. He offered to make good by designing a brochure, providing some copies of the stamps, as well as some of the graphic design work he’d done,’ Steve said. ‘We’d sort of come to an agreement. Then I hadn’t heard from him for a week. Now I can’t get through to him – his e-mail address no longer works.’

Slovenian media later revealed Ed Berk had profited from stolen images numerous times, with three other bat images reportedly stolen for his bat stamp series and two others found to be lifted from iStock.

Steve said he has no interest in pursuing a cross-continental court case, despite a Slovenian copyright lawyer offering to take it on.

‘Presumably the Slovenian Post paid him good money. Good enough money that if he needed to purchase images, he’d be able to do that. Any designer that was doing something which required images to do the work would factor that into the overall cost of the job,’ Steve said. ‘By stealing the images and not purchasing them, they are just pocketing the greater profit from the job. That’s how I see it working.’

The former cave manager can see how bizarre this whole incident he’s been thrown into is, and he’s annoyed that the elusive graphic designer has illegally profited from his work – but added that the pain from the media attention in Slovenia ‘is probably far greater than paying me a few hundred dollars for the image’.

Over in Slovenia, justice may indeed have been served for Ed Berk without the need for a judge. But Steve, a hobbyist photographer, has taken this experience to focus attention toward the importance of respecting an individual’s intellectual property.

‘For me, the value is highlighting the issue around copyright and how people think it’s okay to take images off the web and use it for their own personal gain. If a school kid takes it off the web, I don’t have too much of an issue with that. But if people are using it for their own profit, then that’s just straight out theft.