Photography is an ever-evolving, ever-changing hobby, career and art-form. 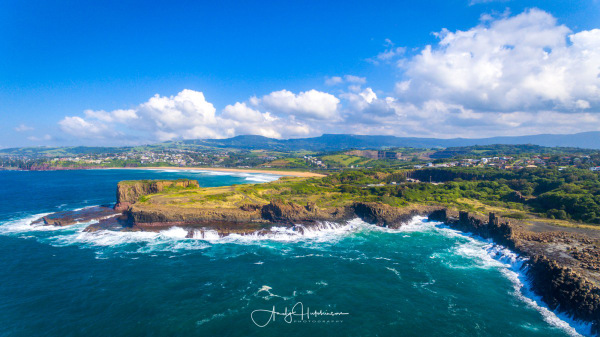 Bombo Quarry, on the NSW South Coast, is apparently now packed with visitors, who often put themselves in danger. Photo: Andy Hutchinson

Over the years the cameras have evolved from primitive wooden boxes powered by chemicals, into technologically-advanced power-packed gizmos that enable pretty much anyone to take a good photograph in pretty much any environment.

In the process, what used to be a niche and highly specialised interest, was democratised. However, of all the advancements, progressions and transformations of the last 100 years, the one that has most recently had far-reaching effects on the world, is Instagram.

It has always been a controversial app, from the hard-baked 1:1 square ratio of the original release, to the one-click filters, through its apparent disregard for the niceties of copyright ownership, to the bullying the platform enabled, the changes to its timeline algorithm and most recently the move away from photographs towards videos via its Story function and spin-off IGTV app.

Instagram propelled some photographers from relative anonymity into the big league. It took other non-photographers, who had simply been taking photographs of what interested them, and transformed them into Insta-stars. Above all, Instagram helped to bring forth a whole new career path for the millennial generation – the influencer.

The problem is that Instagram is a voracious beast. It demands a never-ending supply of new images in order to satisfy that massive audience and their infinitely scrolling timelines. Influencers, once they were on the treadmill, found that they had to find new places to photograph, new ways of telling the same story over and over again, new photographic styles to keep their feed interesting, new collaborations to increase their follower count, new experiences to share, new restaurants to #foodstagram and new products to pretend they weren’t being paid to promote.

As a direct result of the dawn of this new breed of photographer – namely the person who takes images purely to share online with a following on social media – locations that have been visited for a hundred years by photographers are being damaged, destroyed and closed. It might sound sensationalist, but the evidence is clear. Bush tracks and paths that were once little used and overgrown are now worn to the point of collapse. Rock structures that survived for millions of years have been eroded and destroyed. Land-owners, who were happy to let the occasional person cross their properties, are now closing the gates forever.

In many cases it was just the serenity that attracted the occasional photographer to a location – but that too has been shattered. What were once quiet and lovely spots out in the countryside are now simply locations to be ticked off a checklist as Instagram users try to create their versions of the photos they’ve admired online.

Figure 8 Pools
In Australia there are plentiful examples of the Instagram hot spot phenomenon. Once upon a time the Figure 8 Pools were a little known natural rock pool structure located on the edge of the Royal National Park near Burning Palms. Then the location started appearing in the feeds of some well-known Instagrammers and then in Australia.com’s official feed, and before you knew it the place had become insanely busy. People who had no knowledge or awareness of the dangers of the coast arrived in large numbers and, when they weren’t queuing for their turn in the pools, were getting swept off the rocks by rogue waves and being badly injured in the process.

It’s got so bad there that National Parks have totally changed their information page about the Figure 8 Pools. Back in 2015 it used to say, ‘deep enough to take a swim or paddle your feet, the rock pools are home to a variety of sea life including sea urchins, chitons and zebra snails’.

The National Park website has now taken down the Figure Eight Pool page.

Visit the same page now and you’ll see nothing but extensive warnings about how dangerous it is and how far it is (four hours apparently). Further down the page they clearly identify the issue: ‘pick a better spot for a selfie. Instead of breaking a limb at Figure Eight Pools, take photos at some other beautiful places. Avoid the crowds that Figure Eight Pools is now infamous for’.

Bombo Quarry
Long before it became one of the flagship photography locations on the south coast of New South Wales, Bombo Quarry was a mecca for rock climbers. These days some of the photographers who visit the quarry do employ some basic rock climbing skills but this is to put themselves in the frame of their photograph. I’ve only lived in this part of the world for 12 years but I find it amazing how much busier Bombo is these days – it would be rare day when you get the place to yourself. Moreover it does not matter when you visit because it’s an extremely popular spot at sunrise, during the day and for night sky photography. Within the last couple of years it has also become established as a wedding photography location for Sydney newly-weds looking for something other than the classic Observatory Hill shots. It will soon become far busier still, because the local state MP Gareth Ward announced funding for a trail hilariously named the Bombo Headland Eco Walk. I think he meant Ego, not Eco. 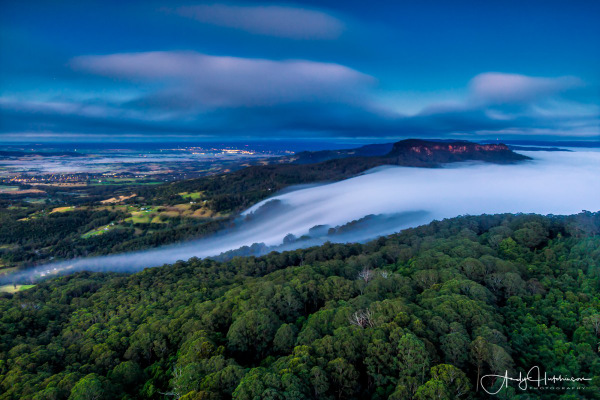 Drawing Room Rocks is a fabled lookout on the edge of the brilliantly named Barren Grounds National Park. When we first moved to this area virtually nobody knew how to get to it and we only ever found out how to reach the location through a tortuous series of connections with various locals. The first time we walked the indistinct bushtrack to the top it was really overgrown and so well hidden that we took four wrong-turns on the way up. Then a couple of years ago, a travel show featured the spot and the local Wollongong newspaper ran an article about the location and faster than you could say tan-and-teal it was well and truly on the map. The tiny carpark is full before sunrise and people park on the edges of the unsealed road, damaging the sidebanks. The track itself is badly eroded and you certainly wouldn’t have any problems following the right path to the top, it’s like a road now. The delicate stones at the top that give the location its name are also showing the signs of wear and there is graffiti on some of the rocks. Visit the place during the summer holidays and there are as many as 100 other people up there. 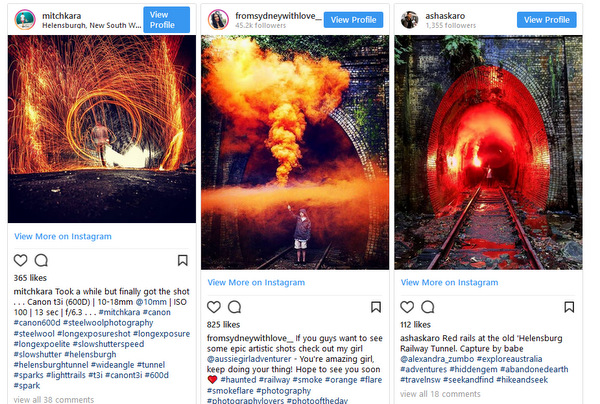 The things people do for likes!

The photographic community where I live has recently been mourning the loss of one of the most photogenic locations south of Sydney – the abandoned railway tunnel at Helensburgh. An extremely cool location in its own right, it was also home to a colony of extremely rare glow worms, which you could photograph at night using long exposures. Unfortunately the tunnel has been on the Instagram map for a few years now and many of those visitors used flares or spun steel wool in the tunnel to create cliched ember shots and, in the process, nearly wiped out the poor old glow worms. Consequently, the owner of the tunnel (Crown Lands) has erected a steel fence across the entrance to the tunnel and have said that they will keep it closed until the glow worms have had sufficient time to recover. They will only be permitting limited access thereafter, probably at weekends only. And that’s why we can’t have nice things.

These same issues are playing out at locations all around the world. All of those locations that were previously only known to a handful of locals have been photographed, Instagrammed and geo-tagged and now the world and its cousin are beating down the door with selfie-sticks, GoPros and drones. The managers of these locations, usually one of the national park organisations, try their best to manage the sudden influx of visitors. But parks organisations worldwide suffer badly from being under-resourced and they do not have the manpower or the funds to do enough to fully protect these locations. Often the only option they have, as custodians of the land, is to close that location completely.

The problem I have with all this is that I am complicit in the very problem I am highlighting.

For years I have shared my landscape photographs online and given full location information for anyone that would like to visit. In my defence, I did this in the mistaken belief that the people who would visit would share the same values as me – to leave no trace – to respect the landscape. Unfortunately I was wrong. In recent months it has lead me to reevaluate how I share and what I share. For many amazing places, the cat is well and truly out of the bag, but others remain relatively unknown. So I have taken the decision to stop geotagging the photographs of all but the most obvious locations in the hope that they stay the way they are. We’ve thrown enough amazing locations under the bus already, let’s start protecting what’s left.

– Andy Hutchinson is a landscape photographer from the beautiful NSW South Coast. This article was originally here.

One thought on “Instagrammers are hugging nature to death”