Snappr, an Australian on-demand photography start-up, has purchased Photographers.com.au, an online directory and marketing platform, for an undisclosed amount. 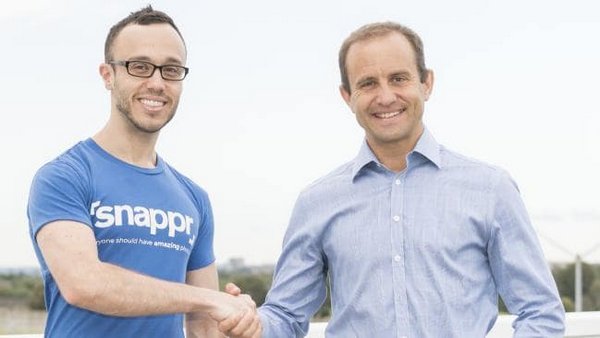 Snappr co-founder, Matt Schiller, said the two platforms will operate as separate entities, as ‘there is value in both businesses’. However, ‘there will be opportunities for users of both platforms to use both together. So we will be doing cross promotions.

‘We were talking about partnership opportunities, because we’re very different models in the end,’ Schiller told The Australian. ‘They [photographers.com.au] are a directory of photographers, where as we are a fully-managed, on-demand solution, where we take payments, and we curate the photographers.

‘We appreciated that some of their customers were in need of a more on-demand solution and they didn’t want to have to do all of the searching and vetting themselves. One thing led to another, and we ended up talking about acquisition.’

Snappr emerged almost two years ago, claiming to be the ‘Airbnb of photography’. It offers rock bottom prices, with customers able to hire a Snappr photographer starting  at $59 for a half-hour shoot. Snappr takes a 20 percent clip of all sales generated from photo shoots.

Snappr has expanded to all major Australian and US West Coast cities, with the service claiming to be able to arrange a shoot with as little as 12 hours notice.

It would be difficult for Snappr photographers to rely solely on the service as an income stream. It’s better suited for amateurs looking for a supplementary income stream.

There’s a perception held by photographers that Snappr is devaluing professional photography. This is primarily due to offering prices way below the industry standard, and recruiting photographers who may not provide a sufficiently professional service.

Snappr won’t disappear anytime soon. It has received millions of dollars from investors, some which has been spent on an aggressive marketing campaign.

But so far it’s unclear how successful the goal of ‘Ubering’ professional photography has been.

It would require a critical mass of photographers, which it so far doesn’t appear to have. Then there’s the unarguable fact that there’s more involved in taking a professional photograph than there is in driving a car or letting a room.

This is where Photographers.com.au may come in.

Photographers.com.au is a free online directory which sells listed photographers premium accounts to improve visibility on the site, along with other profile features.

Among the 5000 photographers listed in the directory, there are established and well-known photographers – including APPA winners – along with amateur and semi-pro snappers.

The acquisition provides Snappr a valuable direct line of communication to a large pool of potential client photographers.

‘It is a great established platform and community of photographers and our plan is to let people choose between Snappr.co and Photographers.com.au, depending on their needs,’ said Schiller. ‘For those artists on Photographers.com.au who would like apply to be on Snappr, we will be creating a special fast-track application process that links the two platforms. Users will also see a great new site design rolling out in the coming days.’

David Lye, Photographers.com.au founder and outgoing CEO, now has equity in Snappr and received a cash payment, and will remain in an advisory role.

‘We could see that Snappr was taking the industry in the direction that consumers wanted, and it made sense for Photographers.com.au to be a part of that,’ Lye said.

It’s worth noting the founders of Snappr and Photographers.com.au are new to the photo industry. Lye operates other businesses – Private Fleet, a car brokerage; and Netfleet, a website domain-trading business which is where he came across the Photographers.com.au domain name. Matt Schiller is a doctor. The other co-founders also have no history in the photo industry.