I wonder if these people would let a butcher operate on them for a smaller fee – the old heart surgeon is way too expensive. These people need to realise that others need to make a living. I am sure they wouldn’t cut their prices and work for less than the minimum wage,’ Wayne, a ProCounter commenter, said about companies creating an Uber-style photography marketplace. 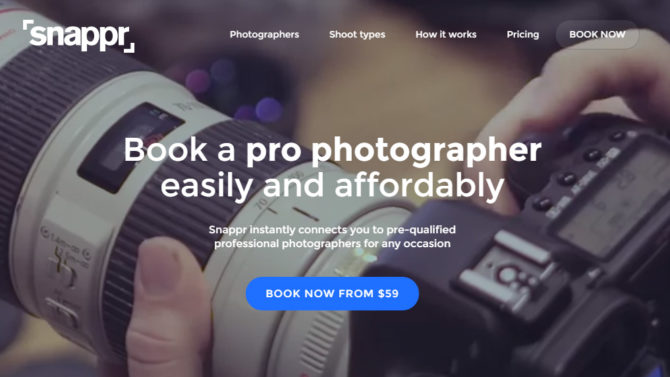 He’s not alone in his disapproval of these ‘race to the bottom’ photography business models.

Since ProCounter first reported on Snappr, a Sydney-based start-up claiming to be the ‘Uber’ of professional photography, the platform has been accused of ‘blatantly devaluing… the photo industry’ by ‘bringing rates down so low that no one could possibly feed themselves off a photography gig’.

These words are in a scathing editorial by Billy Murray, editor-in-chief at US online photo publication Resource Magazine.

His editorial alerted other photo media to Snappr, opening the floodgates to additional critical assessments. The likes of SLR Lounge, Digital Rev, Digital Trends all threw in their two cents’ worth on the Aussie start-up.

The founders welcome the attention their ‘120-day-old company’ has received and the debate that followed it.

For those unaware of Snappr, it’s an app-based business through which customers can book photography sessions, starting at $59 for an hour shoot.

Customers choose what kind of shoot they want, from full-blown wedding coverage, to corporate functions, or a portrait session, pick a Snappr photographer and away they go. Photographers retain 80 percent of the profit while Snappr takes 20 percent.

It’s the low prices offered by Snappr, which hires photographers on a casual basis, leaving many apprehensive. If it becomes popular enough it could undermine the existing price schedules set by professional photographers.

Snappr CEO, Matt Schiller, informed ProCounter that they built Snappr to cater to a market not previously serviced by professional photographers. Most Snappr customers indicate they wouldn’t have otherwise paid for a photographer, he said. ‘We want to bring great photography to people who previously couldn’t afford it,’ he said.

However Snappr offers fashion, food, real estate, and product photography shoots at a fraction of the price charged by professional photographers. It’s hard to believe that all this will be new, ‘green field’ work.

The Engagements and Weddings category disappeared from Snappr, perhaps as the low fixed price packages don’t work with what’s required to shoot a wedding. (A wedding costs thousands – why cheap out and buy a $209 three-hour Snappr shoot delivering just 20 high-res digital files?)

Resource Magazine’s Billy Murray contacted two Snappr photographers, one Melbourne-based fashion photographer and a Sydney-based travel photographer, both who said it wasn’t ideal for them.

‘I received an invitation from them a while back, but never shot for them or confirmed any agreement to shoot for them,’ said the Melbourne photographer. ‘I found the pay wasn’t alluring – eg, $300 for a 7-hour shoot. And the post process may not be fit for the type of work I do. After the shoot, retouched images need to be uploaded to an online gallery for the client to consider, and the quota is a minimum of 60 shots per hour of shooting.

‘This may be fine for events and the like, but on the fashion side of things it’s a lot of work for that kind of money.’

Schiller said that’s only a guideline, not a concrete rule.

‘It’s not a strict requirement, but we do recommend it to photographers as a guideline for a standard type of shoot,’ he said. ‘Let’s say we’re dealing with a two-hour corporate event, we like to get somewhere between 100 to 150 photos for the customer to choose from. We don’t rigorously enforce that because we realise that not all shoots are the same.’

The Sydney travel photographer, who left Snappr shortly after signing up, said the company takes advantage of amateurs.

‘I guess at the point of signing up I was in a position where I was willing to devalue myself for the sake of getting any photography work,’ the photographer said. ‘I’m no longer in that position, so I don’t want to support these companies that capitalise off amateurs and desperate photographers, offering “exposure” or some pathetic compensation that barely covers the cost it took to create the work.’

DIY Photography points out a Snappr photographer may find it difficult to profit from the ‘low fixed pricing’ as travel costs, gear, editing images, Snappr’s cut and so on eats away at a fee.

‘I don’t know how anybody genuinely believes they can make a sustainable income on a model like this. The only ones who’ll actually be making anything from this are the team running Snappr,’ John Aldred wrote for DIY Photography.

‘Our photographers are all given the flexibility to choose when they want to take bookings, almost all of our photographers continue operating under their own brand banner as well as being on the platform,’ he said. ‘For them, Snappr is great hassle-free way to earn extra money filling any gaps they have in their diary.’ 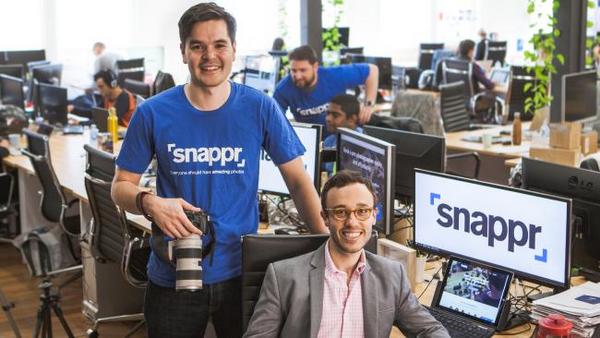 One photographer left Snappr as the rates were too low, but said the company isn’t out to steal jobs from established, more expensive photographers.

‘Snappr is not devaluing the industry or the professionals. I think they are exploring a new market, a new category, Hugo Lopes told Resource. ‘They’re encouraging people to hire a professional, even if it’s not a high level professional. I think they’re helping to make professional photography accessible to everyone. And it’s up to each professional, to decide whether to participate or not and evaluate if the amounts paid are worth it’

A major advantage for Snappr photographers – as they’re typically part-time or amateurs – is they have full-blown insurance to protect them.

‘As part of being on Snappr our photographers are covered by public liability insurance up to $10 million, professional indemnity insurance of up to $5 million, and equipment damage insurance,’ Schiller said. ‘Our photographers had come up against significant difficulty and expense in getting these on their own.’

Schiller said that customer response has so far been positive, and bookings are ‘growing by 100 percent month-on-month since we started.’ The popular shoot types have been small company events and family gatherings.

On one hand there’s talk that Snappr is devaluing the industry. But on the other hand, if what Schiller says is true, Snappr’s biggest competitor isn’t professional photographers. It’s the smart phone wielding secretary or the snap-happy uncle with an entry-level DSLR.

Given it’s only 120 days old, this won’t be the last we will see or hear from Snappr.

9 thoughts on “Thumbs down for photography’s Uber”