‘The AIPP is effectively the last man standing,’ said Peter Myers, executive officer at Australian Institute of Professional Photography (AIPP), reflecting on the demise of other professional photographers’ association. 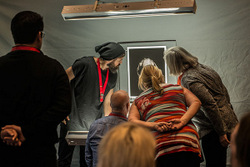 ‘But are we capable of giving every member absolute satisfaction all the time? No, we are not – the membership demographic has drastically changed.’

The AIPP has in the last few years overcome difficulties which have crippled other industry organisations.

During almost eight years overseeing the AIPP, Myers and the Board have built a strong membership association.

‘My long term perspective is on maintaining three key measures,’ he said. ‘One is the membership retention rate; one is the membership growth rate; and one is financial stability. If you get those three Key Performance Indicators right, on a long-term basis an organisation is healthy and doing the right thing.’

But a number of members do not approve of the direction the AIPP has taken.
Some ‘Old Guard’ members view it as adopting a financially-motivated corporatised character, and taking on too many new members who don’t qualify as what they see as ‘real professionals’. The AIPP which was built on volunteering and a sense of community is fading away.

An honourary life member, now retired from photography, told ProCounter these members have been leading an unsuccessful push to steer the AIPP back to its roots – fewer paid staff, more volunteers and in-person committee meetings.

Peter Myers is confident the new direction of the AIPP reflects current realities.

‘A general factor, not specific to photography, is that running an association is harder due to a lack of volunteering. The younger generations have a different perspective of volunteering compared to older generations, the Baby Boomers,’ he said. ‘Organisations reliant on volunteers around the world are in trouble, because those willing are no longer there.’

The AIPP Reflections Project, which set out to capture portraits of Australian WWII veterans, quietly concluded earlier this year. It relied on volunteers to organise shoots, and photographed just over half, 7100, of the remaining veterans. When the project was launched, then-project manager John de Rooy hoped to capture 8000 veterans by early 2016.

While a successful project – generating positive PR for the profession – enthusiasm for Reflections slowed, and with more involvement it could have been a louder and prouder triumph.

Nonetheless volunteers do remain an integral component of the organisation. All Board members offer their time free of charge.

‘The majority of members are now female, and are operating on a part-time – not full-time – basis. The vast majority that have joined in the last five years, about 60 to 70 percent, are young female part-time photographers. It’s a different demographic than what it was 10 years ago,’ he said.

‘Some younger men are also coming through, but not at the same rate as young women. So this is a shift in the focus of what the profession is, and what they want and need is different to someone who has been a member for 35 years and worked in a darkroom developing film. It’s a different world.’ 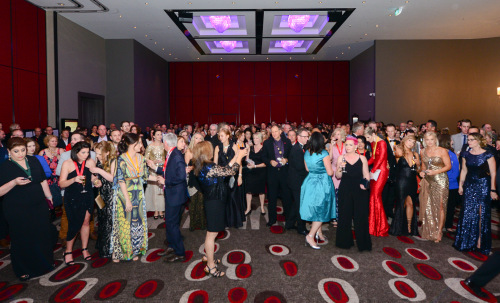 A photo from the AIPP Gala dinner. Few more frocks than suits in this photo. Photo: David Simmonds.

Photography has historically been a male-dominated profession, and this is still the case in areas like photojournalism.

However women have taken over the wedding, portrait, and family photography segments. This is bolstered by the proliferation of new female-dominated photography genres – newborn, pregnancy, maternity and birth photography.

It’s in the AIPP’s interest to accommodate these photographers. It would shoot itself in the foot by turning up its nose to young part-time photographers, who Myers said some members view as disrupting their established businesses.

‘We did away with the structures of committees and created Special Interest Groups (SIGs) and Category Advisor Groups (CAGs) and they are a mechanism to enable people from the grassroots level to get involved in areas that interest them. It’s easier than attending the traditional commitment of a meeting every Tuesday of the month, and accommodates people working online and from home – part-time.’

The birth and maternity SIG has been highly successful. Formed in 2014, it drafted a Code of Conduct, explored ways to build relationships with birth centres and organisations, and introduced birth photography as a category in the AIPP awards system.

‘The traditional model of the AIPP that we had all those years ago is no longer relevant to us, so long as we want to welcome this new generation. It’s a huge change, but it’s not new – we’ve been addressing it for five or six years now,’ Myers said. ‘We’ve had outcomes (from SIGs and CAGs) which have been implemented. There’s not many left working full-time who are willing to attend a committee meeting every second Tuesday of the month.’

Additional achievements, such as gaining legal status for accreditation from the ACCC, continuing to run the APPAs without a major sponsor, the creation of a stand-alone annual conference for photographers, and hiring a part-time PR manager to communicate key messages, are some of the achievements of the ‘new’ AIPP.

This is all the more impressive, considering these initiatives have been implemented as other industry bodies have disappeared. It’s also worth noting that the AIPP has been able to accommodate members from two other associations – the ACMP and the Schools Photographers group, which failed in part because they didn’t have the financial strength of the AIPP under the direction of Peter Myers.