The 2016 NSW Epson Professional Photographer of the Year Awards saw Sydney-based fine art photographer and graphic designer Alison Lyons scoop the pool, with a Gold Distinction and three Golds for the four images in the portfolio she entered in the Illustrative category. 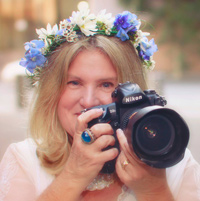 This left daylight a distant second in overall results across the four-print portfolio, with the next portfolio scoring 31 points less –  a huge margin in the context of these awards.

Alison (pictured right) had every right to assume this outstanding result – she believes she had the highest-rated portfolio in the NSW Awards overall – would see her named Professional Photographer of the Year in the Illustrative category. She also had the right to expect she would be in contention for the overall prize, NSW Professional Photographer of the Year (PPY). After all, no other category winning portfolio – and there were 12 categories – had scored more than a couple of Golds.

Instead, she left the awards night with a consolation prize – a Finalists Certificate in her category – and an understandable sense of hurt and injustice. There wasn’t even an informal reference from the podium that there had been a ‘Four Gold’ portfolio. There’s nothing on the website.

The Illustrative category award was presented to a photographer whose portfolio scored one Gold, one Silver Distinction and one Silver. The fourth print was a ‘non-scoring print’. 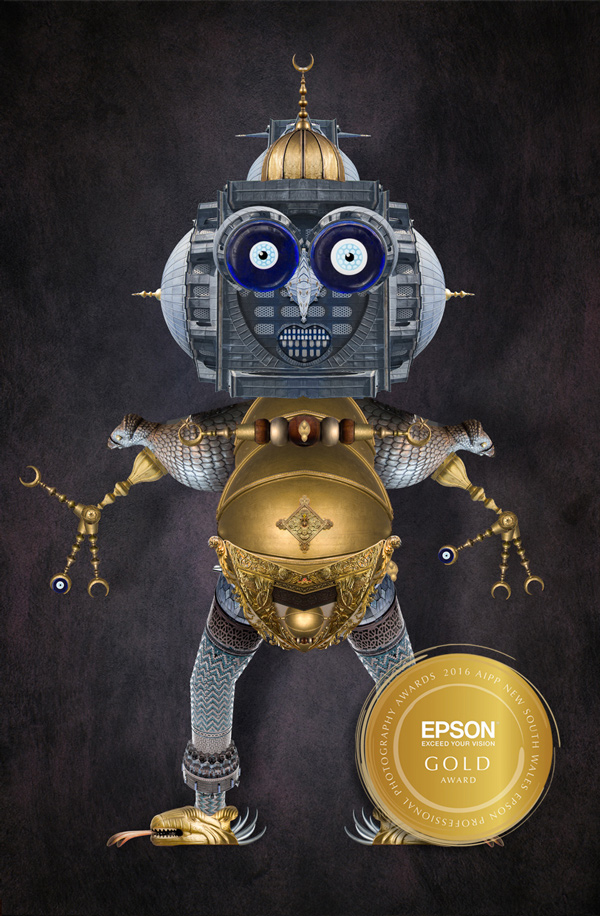 ‘The Robot’, one of Alison’s Gold Award images. In this series, Alison Lyons takes components from her architectural and travel photography and reassembles them to create whimsical imaginary creatures. The images reward careful scrutiny. Go to the end of the story for the rest of the portfolio. (Alison Lyons)

So how can that happen?
The judging is in two sections. First there is the assessment of the individual images – this is the AIPP judging process we witness at the national awards. It’s collaborative, public and, because it uses a points system, comparatively objective.

In the second phase – awarding category and overall winners – the judges separately and individually nominate the winning portfolio and for some unfathomable reason, no discussion can be entered into. (Which isn’t to stop judges informally convening prior to the judging.)

So one part of the judging is transparent, collaborative, open and data-driven. The second part is opaque and personal.

Alison has pursued the issue with the AIPP and outlined her issues in a business-like four-page letter, which has also been circulating within the professional photographic community more broadly.

‘The problem is not in the judging of the prints over the course of the event, but in the final selection process in choosing the Category Winner, the PPY,’ she wrote. ‘Evidently it doesn’t reward the highest achieving photographer.

‘This denigrates the value of the judging that proceeds it. I believe the current judging system is quite fair and transparent in its execution. But I believe the evaluation of the PPY that takes place behind closed doors is failing.’

Alison doesn’t want or expect a change in the outcome of the 2016 Awards, but she would like to see the system changed: ‘I was surprised that the 1 Gold Distinction and 3 Golds didn’t result in the acquisition of the NSW Illustrative Photographer of NSW 2016 title. I fully understand the judging process, but I would like to raise some concerns about its efficacy. I also realise that it is impossible to change the outcome for these particular awards. What is done is done. But I am urging you, for the sake of future entrants of these awards, to consider what I am outlining below…’

In a recent issue of the AIPP Journal (formerly The Working Pro) editor Peter Eastway, one of the old guard of the association, makes a valiant attempt at justifying the hard-to-justify in an article entitled Why Do 4 Silver Beat 4 Golds? (Should more correctly have been Why does one Gold, one Silver Distinction and One Silver beat one Gold Distinction and three Gold? or more succinctly Why Does Second beat First – but hey!)

Apparently it’s all about fairness. Peter argues that the judges’ awarding of points for prints is the subjective part of the process because they might be feeling a bit tired after a long day, or mark a good print down because they have been dazzled by an excellent print they had seen immediately before.

‘Our judges are human,’ he wrote, ‘and the judging process has its limitations.’

‘Variable consistency’ is the issue. Because points allocation can be inconsistent, ‘what matters is achieving a Gold Award.’ Then he argues that isn’t so important, that what the judges are doing in awarding first place in a category is ‘instead of assessing prints against an external standard (is it a Silver or is it not) we are comparing one set of prints against another set of prints.’

This is Peter’s precis of ‘the new system’: ‘Take the top three portfolios and re-assess
them. If the highest scoring portfolio really is the best, it will still win. On the other hand, now that the judges can compare one portfolio against another, they will be able to deliver a verdict based on the direct comparison of the prints.’

But if a portfolio which is 31 bloody points in front of the next one – putting aside its superiority in precious metal terms – suddenly becomes an also-ran, then something, somewhere, appears to be seriously wrong.

Either the original judges blundered in awarding too few points to the winning portfolio, or the judging of the category winner was simply wrong. And wrong means unfair. Peter Eastway’s argument may have some validity if the margin was, say, 10 or 15 points.

And as in any form of judging, the appearance of unfairness is pretty well the same as actual unfairness in the damage it can do to the state PPYs and APPAs.

It’s understood that this isn’t the first time a photographer has walked away from the state PPYs with as justifiable sense of unfairness over similar issues. It’s just that this time, Alison has taken a stand.

‘The value in receiving a Photographer of the Year award is twofold. Firstly, you receive recognition within your peer group that you have achieved a certain standard of excellence, but more importantly, there is a commercial value in the award,’ she told ProCounter. ‘You can add it to your website, your marketing material and when pitching for new work. It helps you grow your business, both locally and overseas.

Below are the other three award-winning images from Alison’s portfolio…See more of her diverse range of work at http://www.alisonlyonsphotography.com/home
– Keith Shipton 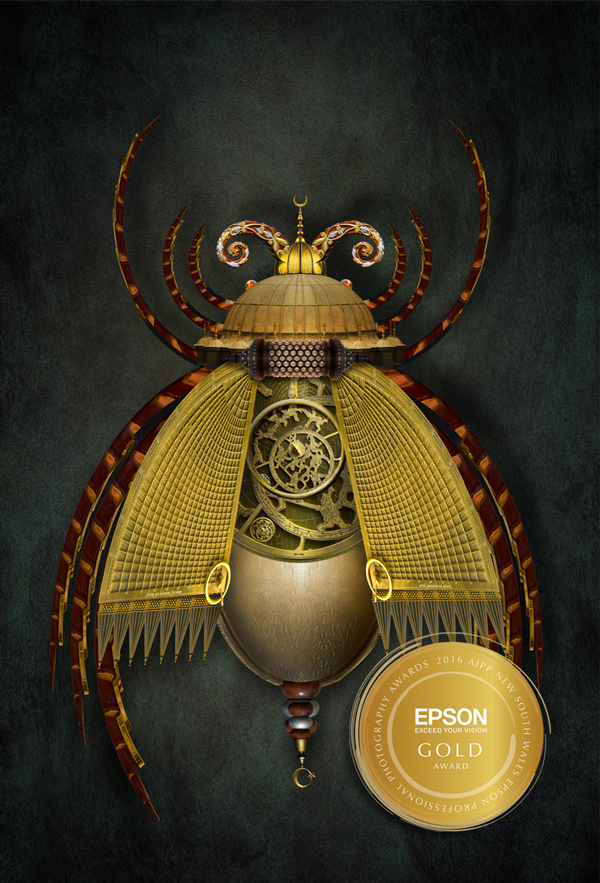 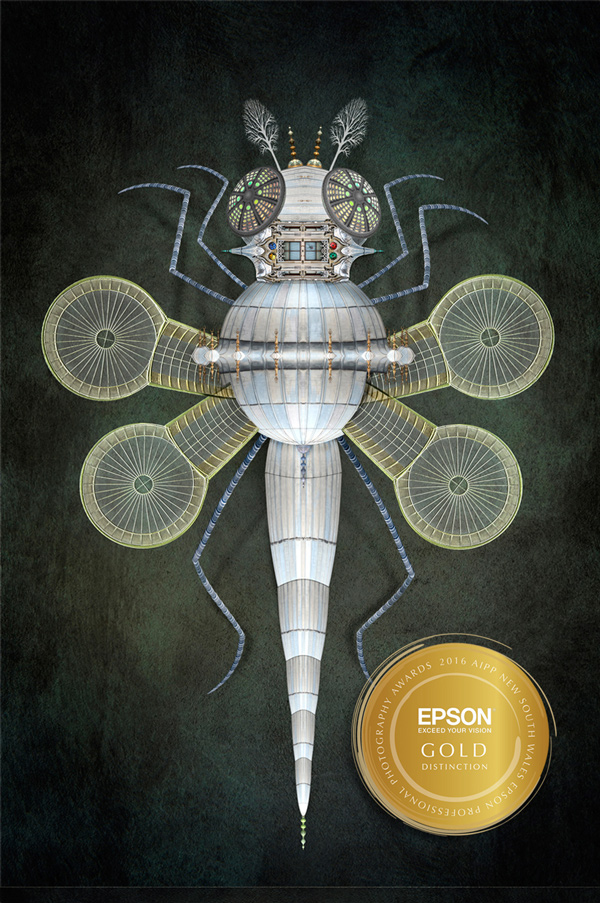 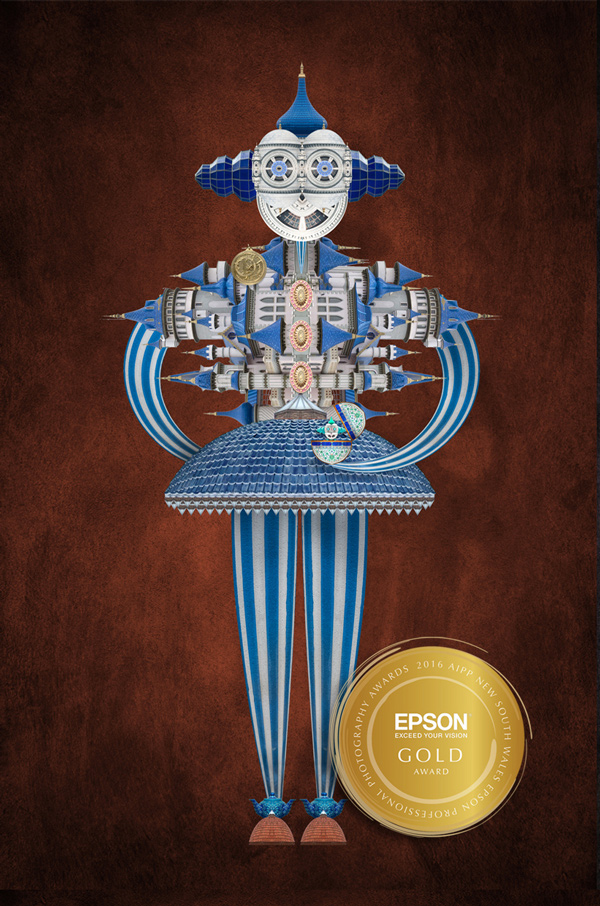 4 thoughts on “How can second beat first?”