The Fujifilm GFX 50R, a 51.4-megapixel rangefinder-style medium format mirrorless camera, will be available from late November with a local RRP of $7099. 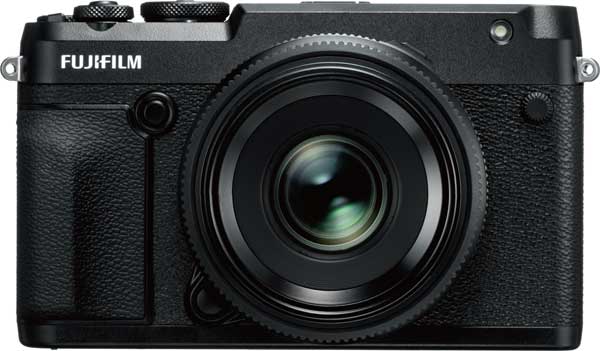 The GFX 50R shares many similarities with the GFX 50S, so it’s worthwhile to firstly explore the differences. The 50S features Bluetooth connectivity, weighs less by 145 grams (775 grams), has a different body build, and is cheaper. 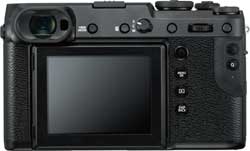 The camera has a .77×3.69 million-dot (Sony manufactured) OLED electronic viewfinder. What Fujifilm means by ‘rangefinder-style’ is based on the retro body shape – the viewfinder has been positioned to the left.

The camera is weather-sealed in 64 places, and can operate in temperatures as low as -10 degrees. It has a Focus Lever for quick focal point adjustments, and eliminated selector buttons to provider more ergonomic holding area.

‘We are very excited to further expand the GFX system with the introduction of a rangefinder-style medium format camera,’ says Yuji Igarashi, general manager of Fujifilm’s North American Imaging Division. ‘The GFX 50R is a lighter and more compact model within the medium format mirrorless system, perfect for professional photographers who specialize in street, documentary or portrait photography.’

The top has two aluminum dials which controls shutter speed and exposure compensations.

Interestingly, Fujifilm is marketing the GFX medium format systems as ‘super full-frame’. It’s likely aiming to cash in on the current razzmatazz for mirrorless full-frame cameras. And possibly convert a few Millennial influencer-types, who aren’t aware of medium format capabilities.

Read the US press release for more info.

GFX 100Megapixels Concept
Fujifilm claims the new camera has the world’s highest megapixel count for a mirrorless camera. The sensor is 1.7 times the size of a 35mm image sensor (43.8mm x 32.9mm).

The sensor uses a G Format image sensor, which is the first medium format camera to incorporate phase detection pixels throughout the entire sensor, allowing for precise autofocus across the frame.

It also has a high-speed X-Processor 4 engine.

The camera can shoot 4K video at 30fps – apparently another world first for medium format.

Lastly, despite the larger sensor, the magnesium alloy body is roughly the same size and weight of a DSLR.

The European Union Parliament has shot down proposed copyright reform which may have forced content aggregating platforms, like Google and Facebook, to license material hosted on its servers. After 20 years without major amendments, the EU’s Directive of Copyright in … Continue reading →