The Australian Institute of Professional Photography (AIPP) has told the Productivity Commission it is ‘extremely disappointed’ with its Intellectual Property draft report, demanding it seriously rethink recommendations to introduce a Fair Use exception that includes ‘orphan works’; and a shortening of copyright lifespan.

‘Copyright protection is cast too widely and lasts too long’, says the Commission

Following from the Australian Law Reform Commission’s inquiry into Copyright and the Digital Economy, the Productivity Commission was directed to undertake a 12-month public inquiry into the intellectual property system.

It released a 601-page draft report on April 29 outlining a series of recommendations to ‘rebalance’ copyright. The goal was to find areas where copyright law can be improved to make way for economic growth. Its findings fail to consider photography, a small business sector, as well as many other industries affected by the proposed policy changes.

The AIPP, with the assistance of Chris Shain, the board advisor on advocacy who worked alongside IP lawyer, Ian MacDonald, made a six-page submission on June 3 criticising the draft and defending copyright law as it currently stands.

The submission clains the draft has ‘no understanding of copyright-based industries’; is ‘informed by a barely disguised anti-copyright and anti-creative bias’ and has no evidence to support its conclusions.

A dangerous component that threatens a photographer’s business is Fair Use, a broad, principles-based exception to copyright. The Commission believes Australia needs to replace ‘fair dealings’ – a clear-cut defence permitting limited infringement provided it’s done for research; review; satire; or reporting news – with the more open-ended Fair Use copyright defence.

As ProCounter readers may well be aware, Fair Use regularly fails to protect photographers’ work in the US. Controversial photo thief Richard Prince is a prime example of how Fair Use works against photographers. 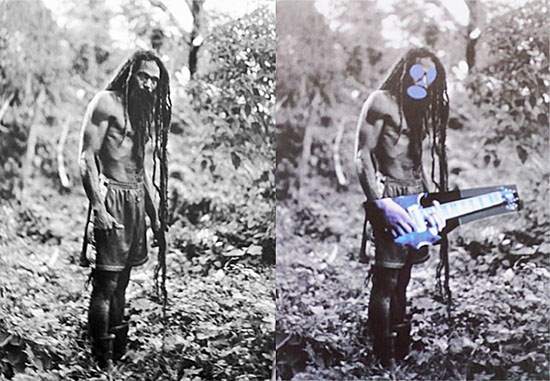 Is this fair? The work on the right by Prince is not infringement under the fair use exception. Prince made over US$10 million, Patrick Cariou – the photographer who went to Jamaica to document Rastafarians – made US$8000.

‘Essentially, such an exception (Fair Use)… would further move the balance of economic power away from photographers and towards larger and better-funded third parties,’ the AIPP wrote, later stating: ‘The Commission does not appear to be aware that the introduction of “fair use” would almost certainly lead to an open season on copyright material as people would think that just because they think something is fair to use, it must be so.’

The Commission also suggests capping recoverable costs for copyright, further discouraging photographers from pursuing litigation as the costs may outweigh the rewards.

‘For photographers, cheap and effective enforcement of their rights remain matters of high concern. Infringement of copyright in photographic images is rife, particularly online, and both detection and enforcement are difficult,’ the AIPP said. ‘The AIPP, however, is concerned that one of the Commission’s suggestions – capping recoverable costs – will just make the matter worse, not better.

‘This is because litigation – including in the Federal Circuit Court – is already expensive, and there is always a risk of a shortfall between costs and damages, particularly where a defendant uses every procedure available to string out proceedings. This problem would be exacerbated if a “fair use” exception were enacted as in the current draft Report.’ 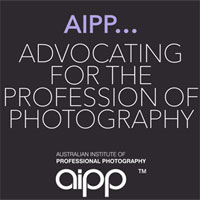 The AIPP notes expensive litigation is an underlying issue with US copyright law, citing that even stock agency powerhouse, Getty Images, is too afraid to take on Google in American courts. The search engine would ‘wipe us out from a cash perspective’, Getty said. If an American-style copyright system is introduced, as favoured by the Productivity Commission, what chance does an individual photographer stand defending their rights?

The Productivity Commission believes the ALRC inquiry recommendation on Fair Use ‘represents the minimal level of change’, and is ‘still too restrictive’. It alarmingly suggests ‘orphan works and works not being supplied commercially by rights holders’ as an additional component of the Fair Use defence.

‘Orphan works are those works protected by copyright, but where the copyright owner cannot be identified,’ the Commission writes. ‘All types of works can be orphaned, including books, sound recordings, photographs, diaries, maps, and films. Libraries and archives have tended to be the common repositories where orphan works are found.’

Handy for a university professor scanning unknown authored journals, but ultimately ignoring how astoundingly easy it is for a photo in the digital age to be detached from its author.

‘Photographic images are particularly at high risk of being orphaned online, as such images are frequently used without attribution and with relevant metadata stripped out,’ the AIPP submission said. ‘That an image is orphaned should not by itself present an opportunity for it to be freely used other than within the current carefully calibrated exceptions in the Copyright Act (including for libraries, archives, galleries and museums).’

The AIPP further blasts the unrealistic suggestion that the copyright lifespan should be drastically reduced to 15 to 25 years after creation. Currently copyright protection applies for 70 years after the author’s death. However, it notes, this suggestion has ‘been rightly slapped down’ by the government.

Shain explained that initially the AIPP had no plans to issue a submission, as organisations like the Australian Copyright Council were lobbying on behalf of the association, but once the draft was released it was compelled to act.

He told ProCounter that on June 27 he will attend a Commission public hearing in Sydney to present the submission in person.

Since the Productivity Commission revealed the direction it wants to steer copyright, it has been slammed by media coverage and overall public opinion. The nation’s book publishing industry has drawn attention to the draft report in an attempt to dismantle and redirect the Commission’s recommendations.

However the photographic industry, equally under threat from the recommendations, shied from having a mainstream voice.

Never too late: AIPP rallies the troops
In the AIPP Journal, the member’s monthly newsletter, board member Randal Armstrong ushered photographers to not stand in silence any longer and become pro-active.

He suggests photographers attend the upcoming public hearing in Brisbane, Sydney, Canberra, and Melbourne to voice their disdain at the Commission.

Additionally he requests photographers start posting on social media channels with the #imagescreate hashtag to raise the profile of the issue. It follows a similar campaign launched by writers, who started the #bookscreate hashtag which averages 24 posts per day across multiple social media platforms.

The final inquiry report is due to be handed to the Australian Government in August, so the next few months are pivotal for any business potentially affected by copyright reform to voice their concern.