Changes to copyright laws close to being adopted by the Federal Government could prove a costly legal headache for professional photographers. 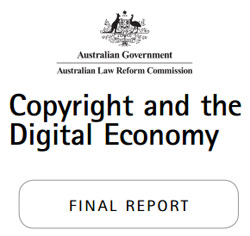 Most copyright cases involving photographers are settled out of court, which is ideal for photographers and artists given many operate small businesses and cannot afford to spend the time or money associated with courtrooms. But this could soon change.

Last November, the Australian Law Reform Commission (ALRC) handed a final report over to the Attorney-General following an 18-month Inquiry entitled ‘Copyright and the Digital Economy‘.

The report, which was then tabled in Parliament on February 13, lists a series recommendations for reform, based on 109 consultations and 870 submissions from business, organisations and individuals.

The main recommendation is the introduction of a ‘Fair Use’ defense for those accused of copyright infringement. In its submissions one familiar organisation, the Australian Institute of Professional Photography (AIPP), strongly opposed the suggestions made by the ALRC, saying it would create ‘even more layers of difficulty and uncertainty to our daily work’.

First, a little bit about Fair Use: The defence has been used in the US for decades. It asks courtrooms to weigh up whether the copyright infringement includes ‘fairness factors’, such as ‘the character of the use’, ‘the nature of the copyright material’, and ‘how much; and the effect’.

In the final report, the ALRC had some trouble providing straightforward definitions of how Fair Use works, stating it ‘incorporates principles’ rather than rules. Nevertheless, the report recommends the 30 existing clear-cut prescriptive exceptions be replaced by the singular term.

A feature of Fair Use is to promote using copyrighted material ‘for a different purpose rather than the use for which the material was created – a ‘powerful and flexible feature’. This is called Transformative Fair Use. 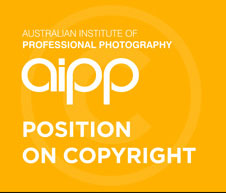 Chris Shain, a photographer and a director at the Australian Copyright Council, was behind the three submissions made by the AIPP to the ALRC. He wrote an article for Arts Hub detailing how Transformative Fair Use is exercised in the US, using a case study: Artist and photographer, Patrick Cariou, spent six years documenting Rastafarian culture which he made into a book, earning him around US$8000. Another artist, Richard Prince, then ‘painted shapes, gas masks, and guitars on thirty of the photographs’ without permission. Prince then exhibited his work and had it published, which is speculated to have generated over US$10 million. Cariou sued Prince and won. Then, Cariou counter-sued with the claim his work was ‘transformative’ and had the sentence reversed.

‘The most bizarre aspect for me in all of this was the court’s comments to the effect that they were in a position to make artistic judgements about the quality of photography and art,’ Chris wrote in his article. ‘I’m a bit surprised to learn that under the US fair use system, the photographer’s intention for the work didn’t seem to count for anything.’
‘Also, the fact that the photographs at issue weren’t generated for commercial purposes, as Prince’s work is, seemed to mean that the original painstaking, time consuming, passionate images weren’t valued by the court.’

Throughout the ALRC report, the authors often use the US as an example of successful copyright regulation, citing its strong cultural exports coming out of Hollywood. But we don’t all have the power of a media conglomerate behind us, and this argument overlooks how small business owners may potentially be affected by copyright infringement.

The AIPP highlighted the need for strong, clear copyright law to keep settlements out of the courtrooms. Under the new proposal, there would be more cases of those accused of infringement (usually lawyered-up corporations) pursuing the Fair Use defence, crippling the small business artist with legal fees and lengthy proceedings. In some circumstances, those who find their work being used without appropriate licensing may not seek litigation due to the headache that would follow. 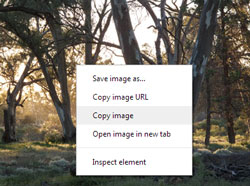 The ALRC also asked that new legislation limit ‘the remedies available for copyright infringement to encourage the use of ‘orphan works” – which can be considered orphaned after a ‘reasonably diligent search’.

Pro Counter has published an in-depth article about the problems with the ill-defined ‘orphan works’ which can be read here. But here is a brief outline of how the defence works: Traditionally, orphan works are works like out-of-print books, archival film and video – and photographs. The ALRC is likely fond of this suggested reform due to the benefits it would have to educational institutions and the re-use of old documents with no trace of an author or owner. But consider how quickly a digital photo can become orphaned online – it just needs the meta-data wiped.

Then there’s the question of a ‘reasonably diligent search’. How is that measured? Can a reasonably diligent search just consist of punching a few keywords into Google? Or sending a post out to the Twittersphere? Once again, this area of the recommended reform is very ambiguous and will likely lead to problems for content owners. As the AIPP puts it:

The ALRC’s proposals would escalate costs, create uncertainty and further put the balance of negotiating power into the hands of corporates (in particular, big media and big internet corporates) and into the hands of bureaucrats at Commonwealth, State and local government levels who want to use our members’ images.

The Inquiry is officially complete and it is now over to the Australian Government to respond – or not.