A northern NSW wedding photographer accused of ripping off multiple clients by not delivering packages promised – or not showing up to the shoot at all – could be facing fines of up to $220,000. 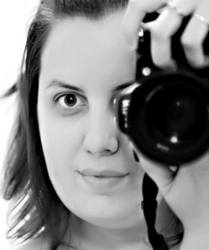 But it’s up to Fair Trading to catch up with her, and given it took Channel Nine’s A Current Affair eight months to track her down, it might take some time for Caroline Fogg to be held accountable.

‘Caroline Fogg is on the run and Fair Trading is in the market trying to find her,’ NSW Fair Trading Minister, Matthew Cox, told ACA. ‘If Caroline is held accountable for her actions she faces very serious penalties.’

A Facebook group with over 750 Likes featuring a wide range of testimonials from disgruntled clients is the driving force in highlighting alleged wrongdoing by Ms Fogg, who has also traded as Mihaja photography, Born photographer, Caroline Grimmond, and Caroline Eve.

The group features many claims from people affected by Fogg, from brides and parents who paid thousands for a shoot or package that never came; to a fellow photographer whose gear she ‘accidentally swapped’, then sold; to printing companies and camera rental companies. In some cases couples paid for flights to Fiji for a wedding shoot, and one Facebook post has over 20 comments from people claiming she took off with their money.

A Current Affair aired a segment last month where they tracked down the photographer, cameras blazing. In an all-too-typical scenario for ACA, Fogg made a quick escape, avoiding the cameras and the barrage of questions thrown her way from the reporter.

She first attracted the attention of the Daily Telegraph back in 2013, which said that claims against Fogg date back as far as 2008. Since the publication of that article, many others have since claimed to have dealt with her dodgy business practices.

For what it’s worth, Fogg’s photography ‘is actually quite good’ according to an owner of a printing company, which begs the question why Fogg would feel it necessary to tarnish her reputation. In the Daily Telegraph article, Fogg is quoted saying that she plans on delivering the wedding albums that clients are still waiting for, and that she hasn’t ‘done a runner’ and sincerely apologised.