There’s speculation that a number of high-profile photo contests are swindling entrants, after several photographers listed as judges didn’t participate in the selection process, despite winners being announced.

The five dubious photo contests, along with a few online publications, have been linked to either the same server or Google Analytics account, according to PDN, suggesting they are owned and operated by the same enterprise.

Spanish photographer, Tariq Dajani, was first to raise questions after being asked to judge IPOTY. As a listed jury member on the website, he noticed the contest went ahead without his involvement.

Efforts by Dajani to make contact with an organiser failed, and he had a post promptly removed from the IPOTY Facebook page which questioned the legitimacy of the contest.

He then contacted other jury members, and found that eight others hadn’t judged the photo contest.

After two weeks of no communication, he wrote an open letter on behalf of the jury members, which was shared far and wide on social media.

‘This is a competition that photographers paid to enter, and the judging process has been clearly dishonest,’ he wrote. ‘By discussing this publicly, we the judges wish to disassociate ourselves from this competition, and hope to diminish the presence of deceitful institutions within the photographic community.’

Dutch photographer, Peter Braunholz, one of the IPOTY judges, discovered that Sebastian Markis, the organiser of the contest who contacted him, was also involved with the Monochrome Awards.

Sure enough, it emerged some Monochrome Awards judges also didn’t participate in the contest.

Back in 2016 photographer Allison Barnes was asked to judge the Monocrhome Awards, but she also didn’t participate but found herself relisted again in 2017. She asked several times to have her name removed from the awards, but heard no response.

‘I think it’s terrible that they are using the name of known photographers to get people to submit their work,’ Barnes told PDN. ‘I was even contacted by an artist who was submitting their work because I was listed as one of the jurors. Unfortunately, I had to tell them that it was not so.’

While it was confirmed the 2017 IPOTY grand prize winner, Sarah Blesener, received her US$2500 reward, she only had brief contact via e-mail with an unnamed individual.

Photo contests which charge entry fees are a lucrative business. It’s likely these competitions, like many others, exist primarily to generate a profit.

Lying by listing a fake jury panel, and the lack of transparency about who is operating the awards, indicate IPOTY is dodgy. Although, that doesn’t mean Blesener can’t market herself as the 2018 International Photographer of the Year champion!

The standard entry fee across the board for an online contest is around US$20-25 per image, with reduced costs for multiple images.

Most photo contests operate online. Entrants pay online, upload a digital file, and judges access the files, pick a winner, then the winner is announced via social media or a press release.

There’s no fancy award ceremony, judging event or printing, and everything stays digital – it keeps overheads low, and it’s always easier to dishonestly take someone’s money if you don’t have to make eye contact. The aim is to collect a relatively small amount of cash from a large pool of competing photographers.

For instance, the Monochrome Awards bragged it received 8942 entries – although given its lack of transparency this may be an exaggerated number to boost credibility. If all entrants paid the minimum US$15 amateur contest fee, PDN estimates the contest would have generated $134,000. Or US$131,000 after the prize money of US$2000 and US$1000. Nice margin!

Ideally, a photo contest is suppose to reward and promote the winner, enhance the brand image of sponsors, pay judges, generate income, and expose an audience to photography through media coverage. Like, everyone wins! ‘Cept those who don’t. 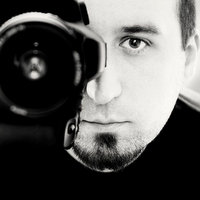 This is Martin Stavars, or is it Sebastian Markis…?

Who is Sebastian Markis?
PDN‘s Conor Risch began to investigate ‘Sebastian Markis’, the contest organiser who is also editor of Monovisions Magazine, which hosts a black-and-white photo contest.

His creatively-named photo contests have no contact or company names, or addresses. He has a stagnant Facebook page with over 2500 friends, mostly photographers. And as more media outlets investigate him, traces of Markis are slowly disappearing from the web.

Petapixel, a blog which ordinarily aggregates news but went full investigative journalist for the story, speculated the real identity of Markis is a Polish photographer named Martin Stavars, using Markis as a pseudonym.

Stavars is the editor of ND Magazine, which operates the ND Awards. His website, and both the magazine and contest website, are hosted on the same server, along with a website named fotyfy.com.

Petapixel reports ‘fotyfy’ is inactive, but a directory listing from 2014 shows the Monochrome Awards was hosted on Starvis server, and was later moved to its own. This loosely links together Starvis with the ND Awards, ND Magazine, and the Monochrome Awards, which is affiliated through ‘Markis’ with IPOTY.

This information was deleted two days after Petapixel publicised the IPOTY judging scandal earlier in March.

Additionally, IPOTY and MonoVisions Photography Awards are hosted on the same server.

Stavars has also been listed several times as a MonoVisions Awards judge.

So there’s a rather strange link between all contests through deleted web pages and servers, which curiously don’t list details regarding who is running the contest. Just a simple contact form.

Based on this information, Petapixel concludes the man behind all five contests is Stavars, who has hidden himself by using false identities and operating the contests with secrecy.

Stacking up all the evidence, Stavars and his string of photo contests start to give off a pong.

It doesn’t help that both PDN and Petapixel haven’t received a single response from any contests or magazines when requesting information about ‘Markis’ or Stavars’ involvement.

Had he hired the judges, paid them to do their job, and provided transparency regarding his involvement, he wouldn’t be under investigation by photo media and accused of scamming entrants. He still would have come away with a tidy little profit. In fact, his contests wouldn’t be much different to the hundreds of other competitions operated by organisations, magazines, brands and businesses.

It’s not as if Stavars is the first or last person to make a buck out of photo contests. There’s just a right way to do it, and this isn’t it!