Vue.ai, a US start-up, is using artificial intelligence (AI) to generate images of models in clothes, eliminating a studio fashion shoot. And Iris, a Canadian start-up, has a photo booth which captures corporate headshots. 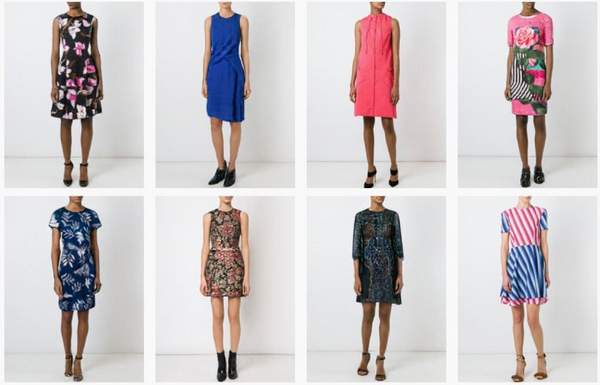 It’s hard to tell, but two of the models are computer generated by Vuei.ai. Row one, C. Row two, D. Source: Quartz/ Vue.ai

Vue.ai says it’s currently working with retailers in the US to trial its AI technology, which analyses a plain photo of clothing, laid out on a blank surface, and generates a human figure into it.

The company claims retailers no longer need to pay for fashion shoots – hiring a studio, photographer, models, and so on. The AI is advanced enough to generate a model with a variety of body shapes.

The model can be of any gender, size, or skin type. Vue.ai is designed for clothing retailers doing basic high volume shoots, with the garment showing the front, back, and side.

Quartz, a millennial news outlet focused on the ‘new global economy’, claims ‘the days of a headless model photographed against a white background will soon be over’ once Vue.ai gains traction.

The technology uses ‘machine learning’ called ‘generative adversarial networks’ (GANs), which is made up of a ‘generator’ and a ‘critic’.

The generator attempts to make the image acceptable, while the critic assesses how it looks.

Quartz says that GANs are made up of neural networks – millions of neurons that process data. Thousands of pictures are broken into millions of pieces and analysed by the neurons, which apparently makes mistakes, corrects itself, and learns.

Eventually, the technology is suppose to create fewer mistakes and accurately fit a computer generated person into an outfit.

This information is according to Quartz, which interviewed Vue.ai founders, who explained how it works. 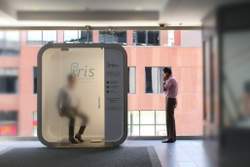 Instead of producing a reel of silly snaps, the booth is designed to capture executive portraits for social media platforms websites like LinkedIn.

Inside the booth customers are instructed how to pose, with commands such as ‘try crossing your arms low in front of you. It exudes confidence!’

‘It’s the fun part of photography without the awkward part, that’s me or the photographer pointing a lens at you,’ said Sue Siri, Iris CEO, to Canadian newspaper The Chronicle Herald.

It captures six photos with soft in-booth lighting and a wide-angle lens (the website doesn’t specify what type of lighting, camera or lens is used).

Users provide an e-mail address and pick one of the six photos, or additional photos for US$5, and the image files are sent to them. Iris is far from hitting Australian shores, but has quickly grown across Canada and the US. The booth is available at airports, universities, and shopping centres, as well as LinkedIn’s Toronto office.

It isn’t the first photo booth that automates professional photography.

Earlier this year Danish company StyleShoots flashed off its €80,000 Live Studio, a robotic photo booth which captures fashion shoots using a 1Dx Mk II attached to a 3-axis gimbal that can move, tilt, slide and zoom. The machine still requires a human to operate it, and the cost doesn’t include shipping or installation. For now, the fashion photographer is far more affordable.

Tech start-up companies, head by young entrepreneurs, are scrambling for ideas to capitalise on the ‘new economy’, the service-based economy. This has led to businesses disrupting established industries – Uber and taxis, Airbnb and hotels, and deliveroo and pizza delivery boys.

A number of start-ups have attempted to do the same to photography, with Australian start-up Snappr by far the biggest potential ‘disruptor’ both here and in the US.