Responding to member and industry demands, the Australian Institute of Professional Photography will host two major events a year rather than running one big annual event.

This year the Australian Professional Photography Awards (APPA) will run as a standalone event in August, and the AIPP national conference will take place over two days in May 2018.

The conference, formerly The Nikon Event, has been rebranded as Lenscape due to the AIPP’s new ‘non exclusivity’ policy for event sponsorship, which resulted in Nikon withdrawing naming sponsorship.

However the final Digital Show was in Melbourne, 2015.

‘The Digital Show gave people an expectation and a belief that APPA was accompanied by a relatively large scale photographic trade show. So we attempted last year to have a trade show to mimic what people were used to with The Digital Show,’ Peter Myers, AIPP executive officer, explained to ProCounter. ‘Well, it didn’t work – so we’re moving back to the previous model of having APPA on one date and the national conference on another date.’

Myers said Incite failed because members were unable to take an entire week off work.

‘We thought that by combining the two events we’d save them travel expenses for the two major events. What we were told is that members would rather pay for two lots of travel, than take five or six continuous days out of their business.’

APPA will run over three days in late August at the Melbourne Park Function Centre. So far Olympus and AON Insurance are the event’s Platinum sponsors, with another likely to be announced soon.

While Nikon has withdrawn its naming sponsorship of the AIPP national conference, it will continue to support Lenscape and APPA at a different level.

Lenscape will take place over two days at the Sea World Resort on the Gold Coast in May 2018.

The AIPP will begin to secure event sponsorship for Lenscape following APPA. 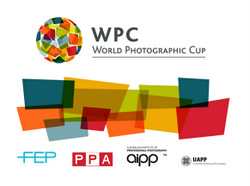 The WPC is a photo contest run with a formula similar to the Olympics. Countries compete against other countries, and professional photographers enter photos into categories.

Category winners are given medals, and those medals are tallied to determine which country wins. Portugal has won the last two years.