Corbis has announced it has sold its assets to a Chinese imaging licensing company, Unity Glory, which is a subsidiary of Visual China Group (VCG) – the same company that handles Getty Images distribution in China. 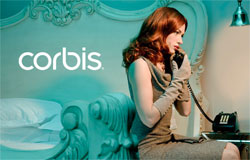 Details remain scarce, however Getty Images has simultaneoulsy revealed it sealed a deal with VCG to distribute the Corbis image collection outside of China, and looks to benefit in a major way from exploiting the historic archives Corbis previously administered by itself.

While Getty has always laid claim to being the largest international photo stock agency, Corbis trailed closely behind as number two. Both companies have reportedly struggled in recent years, but this development was from left field.

Confused? In a nutshell, Getty has acquired rights to the Corbis collection without having to actually lay down cash in the conventional way, via the third party Chinese company. The effect is that Getty has knocked out its closest competitor and moves closer to monopoly status.

‘We’ve been partners with VCG for 10 years,’ Craig Peters, Getty Images’ senior vice president of Business Development, said. ‘We’re partnering with VCG to distribute [Corbis’ content] out into our markets, and that’s basically every market outside of China. That will be an exclusive relationship.

‘The content that Corbis has and the partners and contributors it works with have always been kind of a key competitor to Getty Images and a great source of content.’

For now Corbis content will remain on its website, but Peters said that over time they’ll make a shift to Getty. And Getty will take over management of Corbis’ physical archives, which includes the historic Bettmann and Sygma collections – roughly 50 million images. 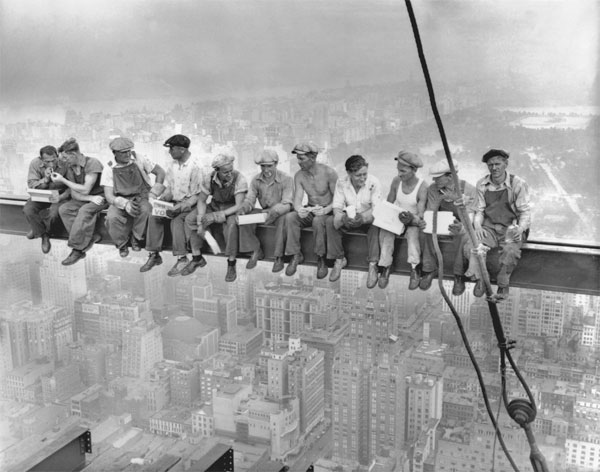 One of the most iconic photos in the Bettmann collection is this classic, taken by Charles Ebbets. Source: Corbis/Getty(?)

Corbis contributors may enjoy the perks that come with wider distribution from this deal, but they may not be invited along for the ride. Corbis contributors have been informed via e-mail that Getty is to make a captain’s call as to who is worthy of becoming a Getty contributor. Contracts will be issued in the next several weeks.

It remains to be seen how this development will affect the business of stock photography and those who rely on it, but some stakeholders have expressed concern.

Specifically, Irby is concerned control of the archives will be with a company outside the US, and that what has previously been used for editorial use will end up on t-shirts and the like.

Jonathan Klein, Getty co-founder and chairman, smugly tweeted regarding his free acquisition:  ‘Almost 21 years but got it. Lovely to get the milk, the cream, cheese, yogurt and the meat without buying the cow.’

But it is not all done-and-dusted, as it has been the ‘mid-stock’ segment of the stock photo industry – companies like Fotolia and Shutterstock – which has been giving Getty trouble in recent years.

One thought on “Stock wars: Getty triumphs over Corbis”