The fabulous, month-long, inspirational Ballarat International Foto Biennale (BIFB), which bumped out of the 100 or so exhibition spaces in and around the historic regional city last week, was up on quality according to both visitors and organisers, but slightly down on numbers compared to the 2013 event. 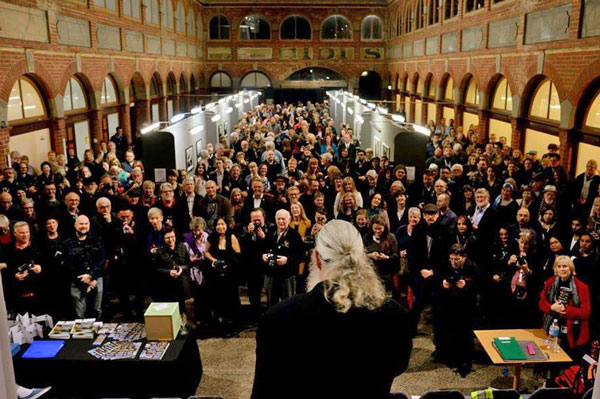 Opening night at the Ballarat Mining Exchange, the BIFB headquarters and home to six exhibitions in the Core Program.

‘We are happy with the way things looked – the presentation. I think we get a little bit better each year,’ said creative director and BIFB founder, Jeff Moorfoot. ‘The shows are strong – a really good mix of stuff. The feedback has been excellent.’ 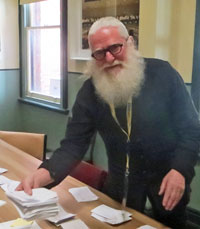 BIFB creative director Jeff Moorfoot sifts through feedback forms on the final day of the festival.

According to a BIFB report shared with ProCounter, the 2015 edition of the Ballarat International Foto Biennale attracted 31,561 visitors across all venues, and over half of these were first-time attendees. As Jeff noted, overall feedback on the festival was very positive.

However he said that overall numbers were down as were sales of merchandise, books, and gold coin donations for programs.

Nonetheless, he said, ‘we will come out with a reasonable sum in bank’ even though it still leaves the operation underfunded (as usual) for the 2017 staging.

The good news is that The City of Ballarat has committed to sponsoring the event for another two festivals – in 2017 and 2019.

There was also some stronger support this year from the photo industry, with Nikon a major sponsor, Melbourne’s Photographic Studies College heavily involved and several colour labs enthusiastically offering their services for printing exhibitions.

‘We’ve got Nikon on board for the first time to support our volunteer program which is great,’ said Jeff. ‘PSC been a major partner of the festival this year.

‘We’ve also been thrilled with the support of all the labs,’ he said, with labs actually stepping forward to help in printing the Core Program shows. ‘There’s been no twisting of arms. That’s been a real positive.’

CPL, Atkins Photo Lab, HC Pro, Bond Imaging, The Colour Factory, The Edge, Prism Imaging and Creative Framing Gallery are among the pro lab ‘white knights’. However a glance at the BIFB Sponsors Page in the program points to a disappointing absence of support from leading brands and well-funded industry associations such as the AIPP.. 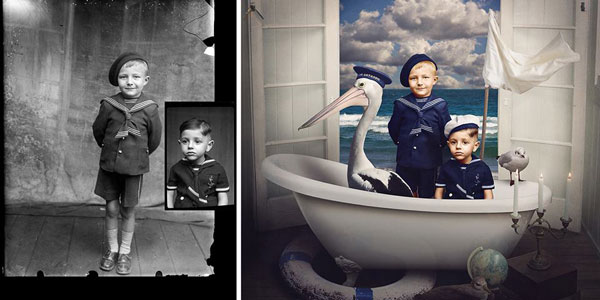 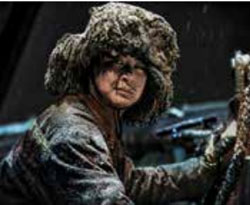 Merchandise and print sales totalled $27,000, with a generous 75 percent paid out to artists.

The movie program – a new aspect introduced this year – also proved to be well-supported over the three Friday sessions.

‘We wondered whether we would get half a dozen people along but all three films at least two-thirds filled the theatre,’ noted Jeff.

Volunteers
Sponsored by Nikon, the Volunteers Program was managed by Ian Kemp prior to and during the festival. During the festival over 400 shifts were filled; including 300 Gallery Attendant shift in four Core Venues.

Overall, thousands of hours of volunteer time was contributed.

BIFB has a massive reliance on volunteers, with only two full-time and one part-time staff member.

‘The issue is still we do way more things than we really have the capacity to do, with two and a half half people run the festival. We need more people at the pointy end, but you’ve got to pay them, and to pay them you’ve got to get funding.

‘With too much work for too few people you tend to burn people out.’

The Workshop Program involved 11 presenters who completed 12 workshops. There were 97 workshop attendees. Total revenue for the workshop program was $28,000, of which 75 percent will be paid to the presenters.

The Study Melbourne exhibition was well organised and the Victorian Minister for the Arts, Martin Foley, appointed local member Sharon Knight to official open the exhibition. As a direct result of this production, and the involvement of Federation University and Melbourne Polytechnic, it was confirmed that there would be a greater focus on this collaboration in 2017.

The BIFB Symposium, in partnership with PSC Melbourne, attracted 75 people.

The Guy Vinciguerra Fellowship, a prize for the best portfolio as judged by the reviewers,  was awarded to Kerry Pryor (Vic).

One thought on “BIFB 2015 a critical triumph”