‘Photojournalism has a sexual harassment problem‘.

Columbia Journalism Review (CJR), a US magazine for working journalists, is attempting to spearhead a #Metoo campaign within the US photojournalism industry.

CJR has published Photojournalism’s moment of reckoning, a 9500-word special report based on over 50 interviews and five months of investigative work.

#Australiatoo?
Before delving into the CJR investigation, it’s worth speculating whether the paradigm shift encouraging the calling out inappropriate workplace behaviour, past and present, will emerge in Australian photojournalism as well.

In Shooting The Picture: Press Photography in Australia, authors Fay Anderson and Sally Young highlight the difficulties faced by women in press photography throughout history.

Women were rare in the photographic workplace until the 1970s. They quickly learnt which men not to follow into the darkroom, according to Anderson and Young.

However #Metoo relies on the naming of names by multiple sources. The public shame and outrage is typically followed by the conveniently unaware but totally shocked company suspending the individual, launching an investigation, and drafting a new code of conduct.

As has been the case elsewhere, exposing industry sexual misconduct starts with a report against a high-profile offender. Fashion photography started with Terry Richardson, but extended to others.

Shooting The Picture merely states that, yes, sexism is truly alive in press photography – but it doesn’t ‘out’ any individuals.

At the Head On Photo Festival 2018 in Sydney, two accomplished female photo editors, Sydney Morning Herald‘s Mags King and The Guardian‘s Carly Early, tackled the topic during a seminar.

The 30-minute talk, #Metoo Fallout: Picture Editors and The Media, had the two speakers furiously agreeing about the complexity of the issue but reluctant to elaborate.

The speakers made it clear that various forms of discrimination within Australian newsrooms, from nuanced sexism to blatant harassment, exist. Whether they lead to a local photography #Metoo campaign is anyone’s guess…

The CJR articles begins by highlighting that disgraced National Geographic deputy director of photography, Patrick Witty, resigned after allegations of sexual harassment were brought against him in late 2017.

Allegations against Witty, published by VOX in January, took place while he was a coach at the Adams Workshop, an event which CJR now claims is rife with bad behaviour. 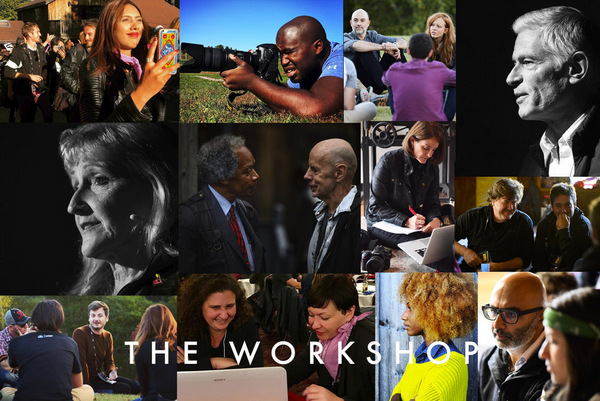 The Eddie Adams Workshop. ‘ Many say that the culture of heavy drinking and late-night partying at the workshop created an unprofessional atmosphere ripe for misconduct.’ – CJR.

‘Photojournalists described behaviour from editors and colleagues that ranged from assault to unwanted advances to comments on their appearance or bodies when they were trying to work. And now, as the #MeToo moment has prompted change across a range of industries—from Hollywood to broadcasting to the arts—photojournalists are calling for their own moment of reckoning.’

Antonin Kratochvil (pictured) and Rodriguez deny the allegations made against them.

‘Many women in the industry say the behaviour is so common that they have long considered it simply one of the realities of working as a woman in the profession. They say the problem is rooted in a number of factors: The field has historically been male-dominated with a culture that glorifies macho, hyper-masculine behaviour; there is an increasing reliance on freelancers, which affects accountability; workshops and other events for young photographers are often exploited by older, established photojournalists.’

According to CJR‘s interviewees publications, institutions, agencies, and industry leaders have all turned a blind eye to sexual misconduct. Colleagues often witnessed inappropriate behaviour, and ignored it or made light of it, making them complicit in the behaviour.

‘The complicity of men who witness harassment or abuse and simply look away or laugh is one of the most disheartening facets of the issue for (Anastasia) Taylor-Lind. “As a woman in this industry, the thing that is most challenging for me is not having my vagina touched in a work environment, but it’s knowing that I exist in a community where my sense of self, and where my permission for touching my body, is not respected by my colleagues,” she says. “That’s what hurts the most, is the silence and the complicity of, not men who behave like this, but of all the ones who allow it to happen”.’

CJR contacted VII with the allegations. Lo and behold! The agency has suspended Kratochvil and launched an investigation!

‘The photographers of VII are committed to maintaining a safe creative inclusive environment free of harassment and intimidation. In light of new information, VII has initiated an independent investigation into the allegations against Antonin Kratochvil,’ VII said.

As for the prestigious Eddie Adams Workshop, it seems Witty’s bad behaviour is only the tip of the iceberg. EAW is a boozy event, with late nights often concluding with students and faculty participating in frat-boy activities, such as keg stands. (Doing a handstand while guzzling beer)

Apparently other photojournalist coaches have acted up at the workshop. And in instances when the inappropriate behaviour is reported, there’s typically been no response.