Interesting new entrepreneurial start-up businesses are emerging in the photo industry, creating a fresh line of resources for established and up-and-coming professional photographers to tap into.

A couple of photography-related start-ups have recently popped up on ProCounter‘s radar (ie, e-mail in-tray), but we’ll cover one at a time – starting with Album Registry!

It’s reasonably well-established, but with plenty of room for growth. It’s taking the notion of a wedding registry – where couples provide wedding guests with a list of preferred gifts – and giving it a photographic twist. The objective is a noble one – selling more printed products!

Wedding guests donate money through an online funding page, to collectively purchase a print product for a couple through the wedding photographer.

Or event photographers sign up to the platform and create a ‘registry’ or campaign with a funding goal for a client’s event. The goal is to finance products for the client they otherwise wouldn’t buy – a photo album, prints, or whatever.

The platform can be used for other celebratory events, like baby showers and birthdays, but has the greatest potential for weddings.

It’s sort-of like crowdfunding, with friends and family buying a gift for someone.

‘It’s a photographers’ platform. We encourage them to come on and create a registry for every single event,’ Jannah told ProCounter. ‘It’s fully automated, so they include the e-mail of a client and it triggers off a notification system. Links are sent to all the parties, and it can be shared on social media, or put it in invitations. Social sharing is the most popular way of doing it.’

Guests pitch in money and become part of the notification system. As the campaign progresses, everyone receives notifications and it ‘becomes a fun interactive gift-giving experience’. 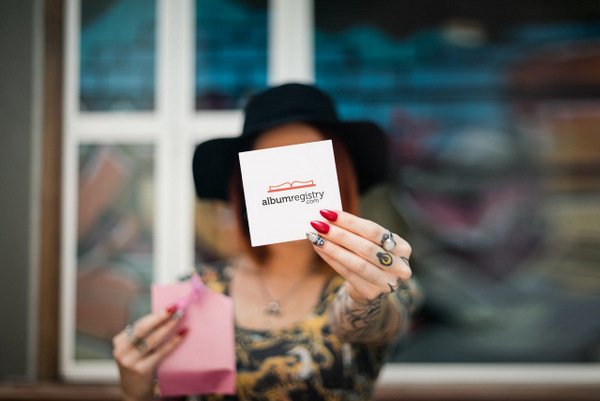 At the funding halfway mark, a notification is sent to all participants introducing the photographer. ‘It’s a nice little mailing list the photographer can use and have greater exposure,’ Jannah said.

Album Registry holds the funds until the campaign concludes, and the money is then sent to the photographer. Just 8 percent of the funds are retained by Album Registry.

It’s the photographer’s responsibility to accordingly quote and deliver the product, Album Registry mainly offers a payment and communications platform.

The business offers a solution to one challenge Jannah recognised many other wedding photographers, including herself, face. These days Digital files are in hot demand, while printed products seem extravagant.

Four years ago Jannah was running a busy wedding photography business but needed to earn more money to support her growing family.

Rather than taking on a larger workload, the obvious solution was to upsell products to existing clients 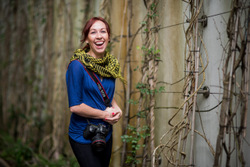 ‘Like many photographers I was finding it very difficult to sell products like prints and albums,’ she said. ‘The objections I was getting, the challenges I had, was clients said it would cost too much, or they planned to do it after the wedding, and then life gets in the way. These were the most common excuses. So I thought, what if everyone (wedding guests) pitched in and paid for it as a gift?’

She trialled the concept by setting up a ‘dodgy Paypal page’ through her website. It worked, often raising far more money than expected.

‘So one day I had this crazy idea to build a website that would allow everyone else to do it!’

Album Registry has over 500 photographers from 17 countries.

The highest performing registry raised $3900, and funded a 60-page photo album. This was on top of the photographer’s base package of $2500.

The highest performing baby registry was $1000.

An average campaign raises $807, with the funding target typically around $1700.

The photographer still receives the money, whether or not the funding goal is reached.

It just means they deliver a cheaper product, and it’s up to the photographer to work out what can be done with the money raised.

Jannah has found that funding levels improve through engagement with Album Registry notifications. But many other factors play into the success of the campaign.

Money well-spent
Album Registry has just embarked on a media campaign, titled ‘Don’t Shit Gift’, to promote the service to the public.

It’s common for wedding guests to shower a lucky couple with items they could probably do without – quirky mugs, wine glasses, sets of placemats, a kettle, garden ornaments, or tupperware. ‘Shit’, boring gifts.

The campaign argues to ditch these gifts, and have guests pitch in for a more meaningful photo product. 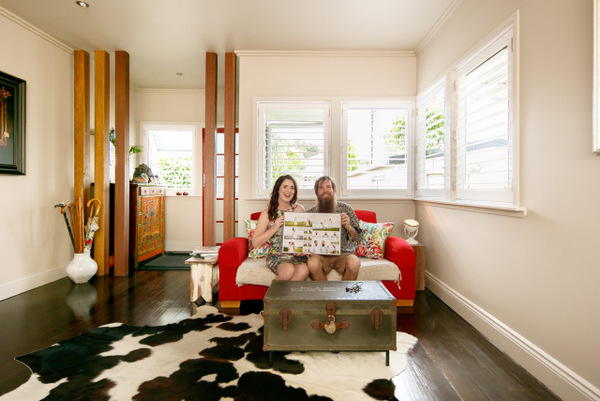 Now you don’t see the happy couple proudly displaying their new place mats, do you?

A product immortalised on, say fine archival paper, which will increase in value as memories fade and people grow old.

The photographer-turned-entrepreneur received a $5500 grant from the QLD government as part of the Advance Queensland Female Founders Mission. The money sent Jannah to London to participate in an intensive week-long workshop program to develop her business.

She speculates the business has become more popular in the US due to it having a larger market, with photographers willing to test new methods. And they’re more use to ‘registers’.

Album Registry has appeared at the US Wedding and Portrait Photography (WPPI) Conference and Expo in Las Vegas a few times, at The Baby Summit, and the business is a former trade partner with the AIPP.

While the platform is relatively new, there’s different roads to develop it in the future.

One idea is to ‘white label’ the service, allowing photographers to place their branding and embed it through their website.

There’s clear cross-promotional potential for prolabs and album designers, to market to an audience through Album Registry.