While Australian policy makers consider adopting a US-style Fair Use exception to copyright infringement, the rule has bizarrely just failed an American photographer in a seemingly straightforward copyright case. 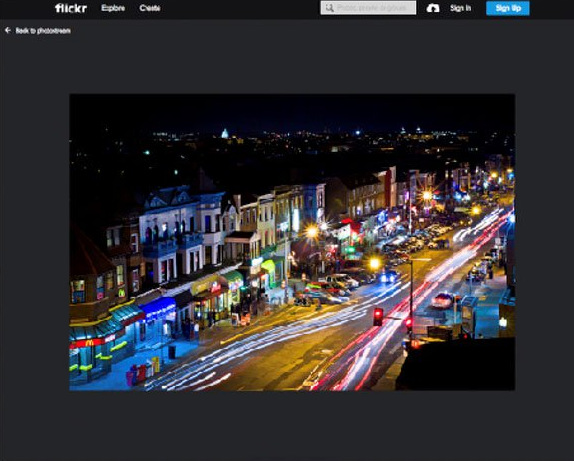 This photo, upload to Flickr by Russell Brammer, was published without his permission on the website of the Northern Virginia Film Festival. Source: Petapixel.

This case of Brammer v Violent Hues Productions LLC is another example of how Fair Use has the potential to ‘seriously erode the copyright protections afforded photographers,’ according to Stephen Carlisle, copyright officer at Nova Southeastern University.

Apparently using an image from the internet is Fair Use!

While American and Australian copyright law vastly differs, there is a strong push for the Federal Government to ‘update’ the law by introducing a Fair Use exception.

Violent Hues Production, a video production company, runs the Northern Virginia Film Festival. On its website promoting the event, Brammer’s photo was published without permission to illustrate ‘things to do in the DC area’. 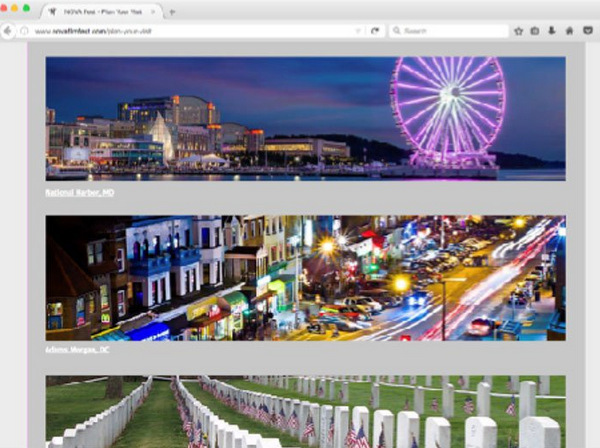 Here’s how Violent Hues published the photo on the website. Source: Petapixel.

Brammer sent a cease-and-desist letter, and the image was promptly removed, but the photographer then sued the company for copyright infringement.

The defendant successfully convinced the judge it was Fair Use.

Fair Use hinges on four factors:
– Purpose and character of the use, including whether the use is ‘transformative’, of a commercial nature or is for non-profit educational purposes, etc;
– Nature of the copyrighted work to analyse how original, creative, widely published the work is. For instance, it’s more likely Fair Use if the work is unpublished and factual work, rather than a creative;
– Amount and substantiality of the portion used in relation to the copyrighted work as a whole. The ‘quantity and quality’ of the copyrighted material, for example if a small portion of an image was cropped, and isn’t the ‘heart’ of the work, it may qualify as this factor;
– Effect of the use upon the potential market for or value of the copyrighted work: Here, courts review whether, and to what extent, the unlicensed use harms the existing or future market for the copyright owner’s original work.

Critics of Fair Use are concerned the above factors are too ambiguous and unclear, paving a pathway that disregards established components of the Copyright Act.

The use was ‘transformative’ – the image was ‘informational’ and non-commercial due, as it ‘was not used to advertise a product or generate revenue’.

According to Judge Hilton, the use was also ‘in good faith’.

‘The record indicates that Mr Mico, Violent Hues’ owner, found the photo online and saw no indication that it was copyrighted,’ Judge Hilton said. ‘Mico attests that he thus believed the photo was publicly available. This good faith is further confirmed by the fact that as soon as Violent Hues learned that the photo may potentially be copyrighted, it removed the photo from its website.’

The judge even partially blames Brammer for not including copyright ownership details!

‘It is undisputed in the record that Brammer previously published the photograph on several websites as early as 2012, and at least one of these publications did not include any indication that it was copyrighted.’

Hilton doesn’t think photos are creative, but are ‘factual depictions’ of locations.

‘The photograph in question contained creative elements (such as lighting and shutter speed choices) but was also a factual depiction of a real-world location: the Adams Morgan neighborhood in Washington, D.C. Violent Hues’ used the photo purely for its factual content…’

The image was also cropped in half, making it a smaller portion of the original work.

Despite Brammer licensing the image six times, twice after the infringement occurred, the market for the photo wasn’t affected.

Ladies and gentlemen, Fair Use!

‘Unbelievable. Every photograph is a factual depiction of what was placed in the line of sight of the camera lens, e.g. “this is precisely what the model in this dress, using this pose, with this lighting, with this background, looked like on the moment I pressed the shutter.” Therefore, under the Judge’s reasoning, all photographs are fair game for re-use, and have less protection than other copyrighted works because they are “fact based”.

‘Consider the iconic photographs taken by renowned photographer Ansel Adams of Yosemite National Park. 8 Since they merely depict a natural landscape, which the photographer did not create, all of them now, in the eyes of this Judge become “factual depictions,” and less deserving of protection. This totally disregards the artistry performed in setting up the photograph.’

He says the photo was selected because it was ‘artistic and cool’, to entice people to visit the film festival which charges an admission fee. If the defendant wanted a bland photo, they could have found one – but instead opted for the bright and eye-grabbing ‘timelapse’ photo.

There’s also no responsibility for an author to ever disclose copyright ownership.

As for affecting the market, Carlisle says Hilton has misunderstood how licensing photos work.

Serial photo appropriator, Richard Prince, has made a hugely successfuly career  being protected by Fair Use.