The NSW Government allegedly owes creators up to $7 million in unpaid fees from a seven-year period, and is heading to the Copyright Tribunal to defend itself. 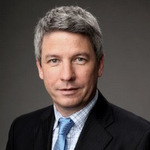 After four unsuccessful attempts to settle the matter and a failed mediation hearing last month, the matter will be taken to the next level.

‘We participated in mediation on Wednesday, June 20, but were regrettably unable to reach agreement. This means that the dispute will now be heard by the Copyright Tribunal,’ said Adam Suckling, Copyright Agency CEO. ‘As I have said to members before, NSW public servants copy and communicate an enormous amount of material covered by copyright and we believe that it should pay a fair rate for the use of this material.’

It’s unclear under what basis the copyrighted material is used. Independent political news website, Government News, previously described some instances as ‘trivial’, such as workers photocopying a magazine page to show a colleague.

The not-for-profit Copyright Agency has launched a media campaign to gain public approval, in an attempt to strong arm the government into paying up.

Musician Jimmy Barnes, along with authors Tara Moss, Anna Funder, and Malcolm Knox, have requested the NSW Government pay up.

‘The Government of NSW, the state I call home, is the only government in Australia refusing to pay this fair and established rate, thereby refusing to recognise the value in tens of millions of pages of author, researcher, photographer, cartoonist, journalist and publisher content,’ Tara told The Daily Telegraph.

‘…if we want to be able to benefit from the knowledge of Australians, or read and watch Australian stories instead of solely imports, we must value the contributions of Australians and offer them fair pay. It’s that simple.’

The Daily Telegraph‘s article described the $7 million as ‘measly’ compared to the recently handed down ‘cash-splashing Budget’.

NSW Premier, Gladys Berejiklian, said that despite the matter going on for a number of years, she hadn’t heard about it until reading the article and is now being briefed.

In 2015, the NSW Government made $1.5 million in back payments for the previous three years of copyright fees.

The Copyright Agency is Australia’s most powerful and well-funded copyright advocacy group. It has been monumental in fighting against the likes of Google and Facebook to discourage Australia adopts a US-style Fair Use exception to copyright infringement.

The organisation funds its operations by deducting costs from licensing fees it collects on behalf of its members. Government statutory licensing is a big earner, hence why the Copyright Agency is willing to fight the matter in court.