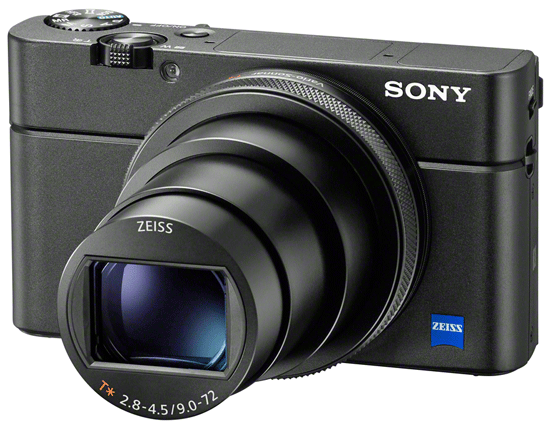 Another feature of the RX100 VI is its Fast Hybrid AF system with 315-point phase-detection AF points on the sensor. Sony claims it can focus in as little as 0.03 seconds, which it says is the world’s fastest autofocus for 1-inch sensor cameras.

The EVF is a a high-contrast 2.35 million dot XGA OLED Tru-Finder with Zeiss T Coating. It retracts in and out of the camera body based on user preference.

It is the first RX model to feature Sony’s tracking AF technology, which concentrates AF points around a subject to improve tracking and focus accuracy. The popular Eye AF technology is also available, with approximately two times the tracking performance of the current RX100 series models. Further, the camera has LCD touch focusing and touchpad focus point control.

It can also shoot at up to 24 fps at full resolution with continuous AF/AE tracking (up to 233 shots) and produces 4K video with full pixel readout and no pixel binning.

‘There is a misconception that you can only take brilliant photos and videos with an interchangeable lens camera and lens. The RX100 VI allows you to capture every moment through the extensive reach of the 24-200mm zoom lens with advanced autofocus and high-speed shooting, without compromising image quality,’ said Jun Yoon, head of Digital Imaging, Sony Australia and New Zealand.

The RX100 VI also has a high speed anti-distortion shutter (maximum shutter speed of up to 1/32,000 second) that reduces the ‘rolling shutter’ effect experienced with fast moving subjects, and can shoot completely silently in all modes, including continuous high speed shooting, when the electronic shutter is engaged. A mechanical shutter mode is also available, if required by the user.

The Sony Cyber-shot RX100 will be available in late June with a recommended price of $1699. 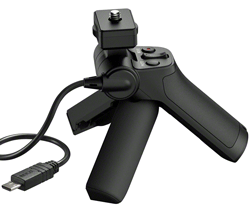 Handled stabiliser for RX cameras
Following the RX100 VI in July is a new compact handheld stabiliser designed for RX series cameras. The $149 VCT-SGR1 features an adjustable head, free angle shooting and doubles as a tripod. It has dedicated controls for camera shutter, zoom and record start/stop.

The bottom of the grip can be spread out and used as a tripod.