The AIPP is currently laying the groundwork to restructure, having appointed a committee to develop constitutional reform, along with hiring part-time administration contractors. 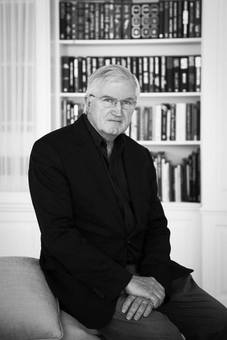 Constitutional reform will require 75 percent of eligible members – approximately 1000 people – to vote in favour of proposed changes. The vote will take place towards the end of the year.

Attracting a 75 percent vote in favour of reform seems challenging, considering only 32 percent of eligible voters, 467 members, participated in this year’s critical board election.

‘It’s always been possible to reform the constitution in the past, with the last being in 2013. I don’t think it’s ever gone before the membership and been unsuccessful,’ he told ProCounter. ‘In practice we need about 1000 people to say “yes”. We have a three-layer contact mechanism that we think will work.

‘Basically, ask 10 people to speak with 10 people, who then talk to another 10 people. Our core base will be people already volunteering in various committees and teams, who will be briefed to consult with members and discuss what changes are desired’.

John highlighted that perceived poor communication and a lack of transparency was a major factor that caused former and current AIPP members to protest earlier this year. The AIPP board is building a solid communication system, and the constitutional reform consultation process will be an exercise in getting it right.

Email will be the primary point of communication with members, in place of the AIPP Facebook Community page. The AIPP will conduct an audit to ensure all members e-mail addresses are correct, and they are receiving updates.

There are two primary areas the Constitutional Committee plans to reform: cleaning up references to redundant areas, such as the role of National Office which is now shut, and providing more power to State Councils.

‘We want to move in a certain direction, and the constitution gives us some restrictions with the speed with which we can do that,’ he said. ‘The constitution has references to the powers of National Office, which are now back with the board. It’s messy in its current form and needs to be cleaned up.

‘Additionally, we want to increase activity from a state level, and this starts with how many people may be State Council members. It’s currently limited to five, and we believe that having a greater number of people will strengthen community involvement. We’d prefer to have six committee members, and allow those people to co-opt two additional members – like the National Board.’

‘The selection of the committee is to basically give a rounded view of recent history – before we had a National Office, the early period of the office, and the latter part. And people who have been involved in constitutional review, or are senior members.’

The reform process
The AIPP Annual General Meeting (AGM) in Melbourne on November 26 is when the revised constitution will ideally be pushed through.

In The Journal, the AIPP online magazine, John wrote that there will be forums in major capital city venues from mid-July through to August. State Councils will explain the propositions to members and seek input. In September, lawyers will write final drafts.

Three weeks before the AGM, members will receive an ‘explanatory memorandum’ outlining the proposed changes within the new constitution, along with 2017/18 financial accounts. The three-layered contact strategy mentioned by John will take effect, voting will open, the results will be counted, and finally determined at the AGM.

New positions at the AIPP
The AIPP has hired three members as part-time contractors to undertake administration roles – the ‘virtual national office’.

There’s a new phone line, which Sharifa will manage on Tuesdays, Wednesdays, and Thursday. Both Kim and Sharifa will handle general email admin enquiries.

John said the roles were carefully selected based on the individuals’ experience, requiring minimal training. The AIPP will draw on its skilled membership to fulfill more positions in the future. Peter’s role will last a few months before a permanent appointment is made.

Finally, the APPA Events Team is back, with Tony Hewitt returning as team leader.

‘Tony Hewitt has been appointed team leader and APPA chair for the balance of 2018. This enables the team of Robyn Campbell, Bill Bachman, Steve Wise and Mark Zed, and Sue Lewis as APPA events team manager, to be able to draw on the experience of Tony,’  John Swainston explained.