It’s a two-part series – stay tuned. ProCounter will publish the next piece shortly. 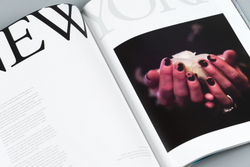 Peace in 1000 hands by Stuart Robertson

Over the last decade traditional book publishers have avoided photographic books because they’re considered a risky return on investment, so unless you can win over an indy publisher, secure a grant, or you’ve got some personal savings, self publishing and crowdfunding is now the most viable solution for realising a photo book project. The good news is that art projects are the most-funded, and our analysis of thirty three Australian and New Zealand photo book crowdfunding campaigns revealed an average of $18,500 in pledges per campaign.

Crowdfunding platform options
There are several platforms to choose from to bank roll your photo book, and while Kickstarter is the most well known, there are some great homegrown options too. Kickstarter, Pozible, Boosted and Pledge Me are based on the all-or-nothing model where no funds are collected until enough pledges have been made to reach the target, and if you don’t reach the target you don’t get the funds. Indiegogo and GoFundMe offer a keep-it-all option where you can claim the funds even if you don’t achieve your goal.

Setting up a campaign requires you to confirm a project name, financial target and campaign length; provide an overview of the project using text, images and video; and to list the Rewards you’ll use to entice people to donate. For detailed advice and a step-by-step guide visit our How to set up a crowdfunding campaign post.

Benefits of crowdfunding a photo book
‘Treat it like a pre-purchase tool. Many publishers have done that in the past,’ said Haru Sameshima of New Zealand indy publisher, Rim Books.

Sameshima sees crowdfunding as a great vehicle for obtaining pre-orders. The number of pledges to your campaign are an excellent guide for determining how many books you need to print to avoid unnecessary expense or wastage.

‘As it was very much my own project I was reluctant to give up control, so I went down the self publishing and crowdfunding route,’ said Perth photographer, Robert Van Koesveld.

Others find the beauty of crowdfunding in the level of creative freedom it offers, without the restrictions imposed by a publisher. Van Koesveld published his first travel photography book with Fremantle Press but his second book, Geiko & Maiko of Kyoto, was a niche project and he opted for self publishing. The $24,201 he raised on Kickstarter covered the cost of a commercial offset print run and freight from Hong Kong. UK photographer Alma Haser also chose to self publish and crowdfund her book creator of Cosmic Surgery to secure more creative control.

‘We decided it made more sense for this project to do it ourselves as we weren’t going to be producing thousands of copies, and we wanted to have a real say over what it would look like,’ said Haser.

Other advantages of self publishing via crowdfunding are that you collect hard data on the level of interest in your book which may assist you in securing a trade publishing deal, you don’t have to share the profit or pay commissions to publishers, distributors or retailers and you attract new members to your mail list and social feed, who may become purchasers of your second, third and fourth photo book if they like the first.

Below we’ve presented a series of local and international photo book crowdfunding campaigns, highlighting the dollars earned, the number of books produced and elements that led to their funding success. 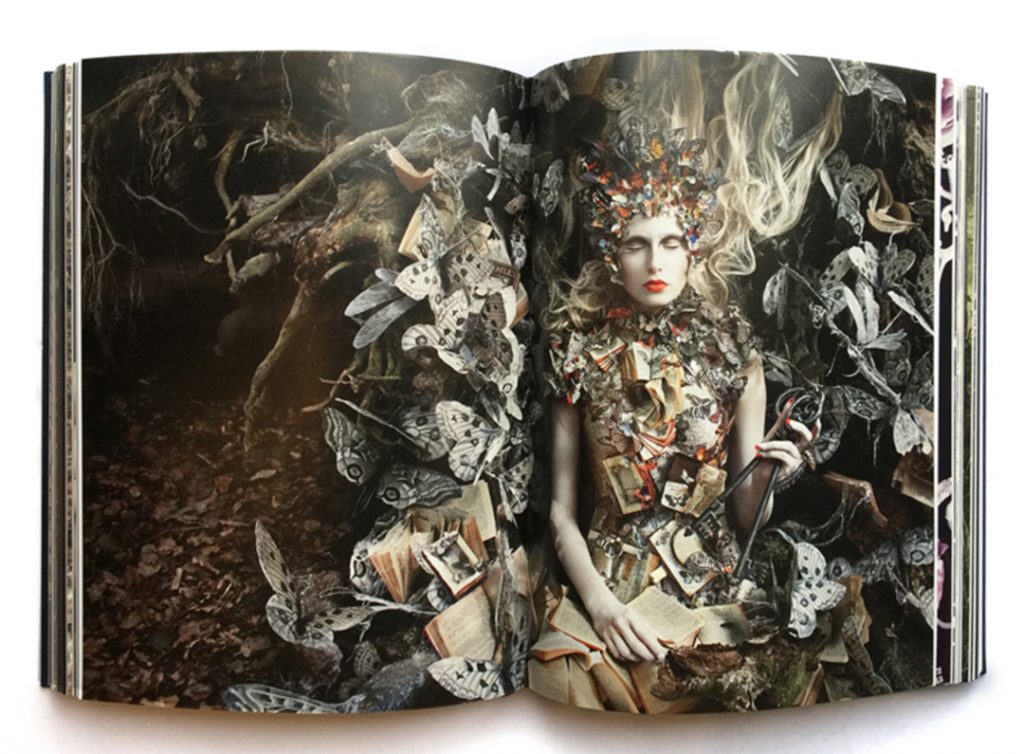 Wonderland by Kirsty Mitchell
The most successful photo book crowdfunding campaign we could find was hosted by UK illustrative photographer, Kirsty Mitchell, who in 28 days in September 2015, raised £334,000 at an average of £30.00 per pledge to self publish her magnum opus, Wonderland.

This allowed her to produce a standard edition of 2,000 copies, a limited edition of 250, and a collectors edition of 25. Her success was due to a combination of an emotionally-engaging personal story, beautiful images with broad appeal, a huge private and professional network, and extensive publicity via major media organisations.

Aperture Foundation
Crowdfunding is being used by traditional and independent book publishers too. The New York based Aperture Foundation, first experimented with Kickstarter in 2013 to fund Richard Renaldi’s book, Touching Strangers. They raised US$80,943 from 885 backers, a whopping US$71,000 more than their target. Buoyed by success, they went on to underwrite two more publications via crowdfunding, for Robyn Schwartz’s Amelia and the Animals book that attracted US$30,805 in funds, and Doug DuBois’ book My Last Day at Seventeen, that secured US$31,836 from 328 fans in 2015. 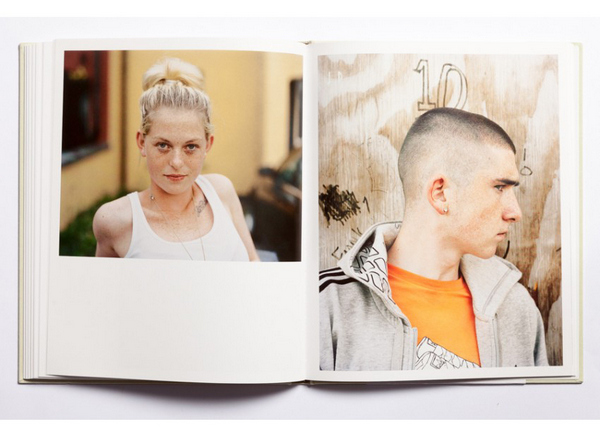 
The most successful antipodean example we could find was The Life Of Pikelet, a Kickstarter campaign from 2016.  It turns out that Pikelet is a dog, and in keeping with the world’s obsession with pet videos and books about them are popular too. This book also had the advantage of being a fundraiser for an animal rescue organisation which gave it an extra emotional charge and allowed Gibson to raise $107,000, $62,000 more than anticipated. You can find more of the most-funded photo book on Kickstarter here. 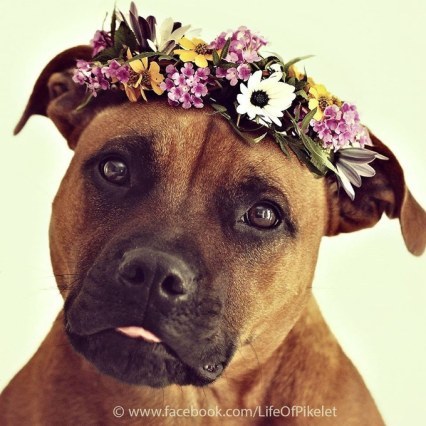 52 Suburbs Around the World by Louise Hawson
In 2013, Sydney photographer Louise Hawson hosted two campaigns to fund 52 Suburbs Around The World – a book that was demanded, then funded by, the fans of her blog with the same name. Pozible made it possible for her to raise $21,421 from 165 backers to start the project, then $22,045 from 194 backers to print the books. Just like Mitchell, she had a large social following and email database. A close relationship with sponsors also allowed her to schedule their significant pledge in the last few days, to push the campaign closer to its target and inspire last minute contributions. 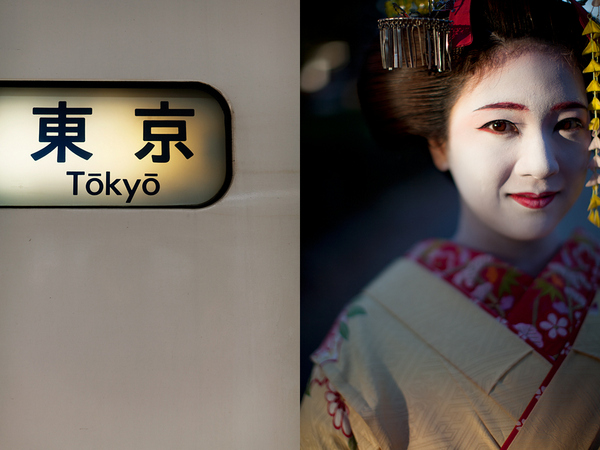 52 Suburbs Around the World by Louise Hawson.

‘Don’t underestimate the time and effort involved in a crowdfunding campaign. While the fundraising only runs for 30 days, planning and distributing the rewards means you’ll be busy for months, maybe years,’ said Louise Hawson.

The Anonymous Man by Lisa Saad
Lisa Saad is a highly awarded Australian commercial and illustrative photographer who works across all digital and analogue mediums, and she decided to use Go Fund Me, the platform based on the keep-it-all model, to raise money for her exhibition and book series titled, The Anonymous Man. To date she has raised and received almost $20,000 from 87 people, resulting in an average donation of $226.72 each.  She strategically printed cards promoting her crowdfunding campaign to hand out at her exhibition. 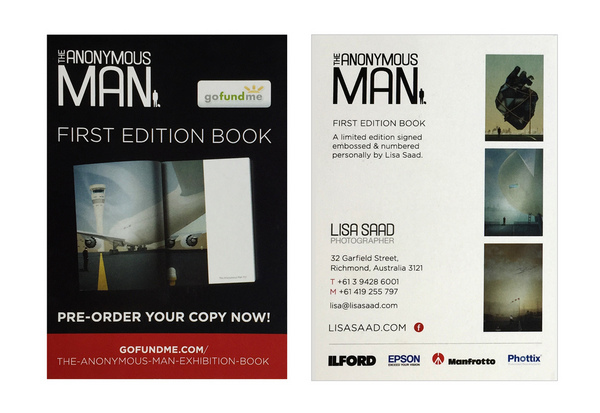 Peace in 10,000 Hands by Stuart Robertson
Boosted is a unique philanthropic crowdfunding website dedicated to arts projects in New Zealand, and donors are able to claim a tax credit of 33 percent against their donations – giving it an advantage over Pledge Me, as their donor network is already interested in photography.  It was also the choice of Auckland based photographer Stuart Robertson when he went to fund his Peace in 10,000 Hands book in 2014. He raised $61,455 from just 77 backers, resulting in an exceptional average of $2730 per pledge, making it one of the platform’s most successful campaigns to date. The funds were used to photograph another five hundred subjects, host an exhibition and print his book. 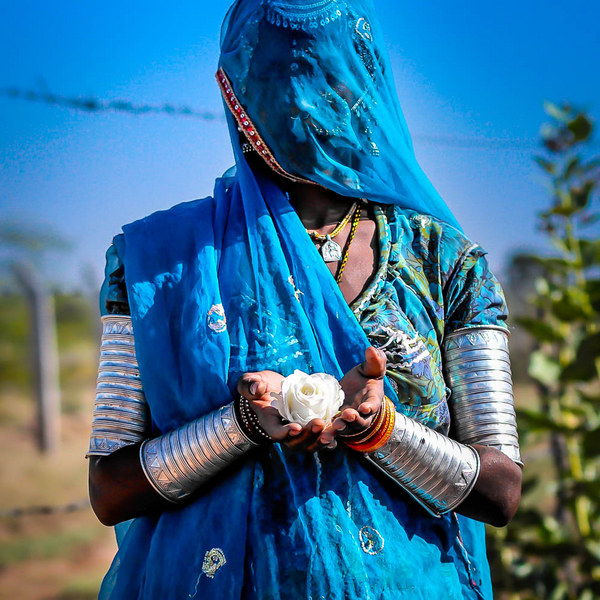 Super Power Baby Project by Rachel Callander
Rachel was a wedding photographer for many years prior to the death of her daughter from a rare chromosomal condition. This inspired her to establish the Super Power Baby Project and shoot portraits of babies from all over the country to compile into a book. She hosted a campaign on New Zealand’s Pledge Me platform, and the network of families and health workers were invaluable in spreading the word and donating. She raised $82,288, $15,000 above her target, and collected 1000 pre-orders for her book.
Books built around a community or sub-culture have the advantage of a well defined and emotionally invested audience.