Tributes have poured in for Agence France-Presse (AFP) Afghanistan chief photographer, Shah Marai, who was killed in a double suicide attack in Kabul, after rushing to the scene to cover an initial explosion. He was 41 years old. 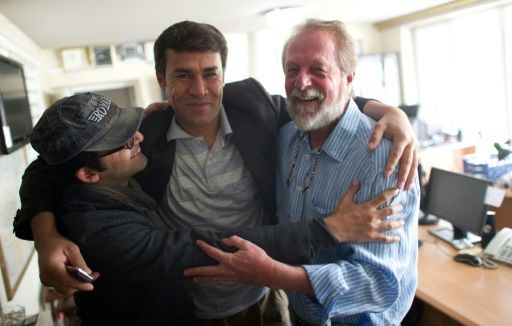 The photographer, the AFP’s longest-serving Kabul team member who began as a driver in 1996, was among six journalist killed in the attack which deliberately targeted media.

‘This tragedy reminds us of the danger that our teams continually face on the ground and the essential role journalists play for democracy,’ said AFP chairman, Fabrice Fries. ‘Journalists were targeted by this attack. Our thoughts and our condolences go out to his family and the families of the other journalists killed.’ 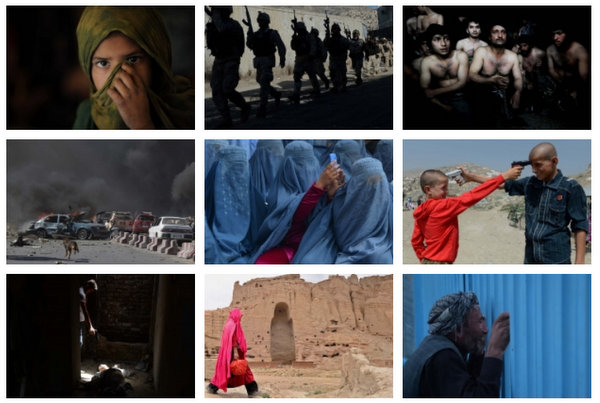 A handful of images shot by Marai. Source: AFP.

The bomber apparently disguised himself as a journalist to gain access to the bombing site, which killed 26 people and wounded 45 others.

‘This is a devastating blow, for the brave staff of our close-knit Kabul bureau and the entire agency,’ AFP global news director, Michele Leridon, wrote in a statement.
‘We can only honour the extraordinary strength, courage, and generosity of a photographer who covered often traumatic, horrific events with sensitivity and consummate professionalism. We also send our condolences to the families of other journalists killed in this terrible attack.’

Afghanistan has become increasingly violent in the years that followed the US military invasion. Marai descibed the period after the Taliban was overthrown as ‘golden years’, but in 2016 he reported that ’15 years later hope has vanished and life seems to be even harder than before’.

The photographer bravely captured photos for the AFP during the Taliban regime, an extremely risky act which could have ended his life years earlier.

AFP Kabul bureau chief, Allison Jackson, published a tribute which describes Marai as a widely admired and respected photographer, who had a cracking sense of humour.

‘Marai’s impressive skills and sensitivity as a photographer have been lauded around the world in recent days. But it is his generosity and sense of fun that will be most missed by those who knew him,’ she wrote.

She also described the harsh reality of being a local photojournalist in Kabul.

‘…Days later his daughter arrived in the world. When Marai returned to work we celebrated her birth with a cake in the AFP bureau garden. A few hours earlier, Marai had shot pictures of a suicide attack at a voter registration centre that killed 60 people.
Such is the reality of life in Afghanistan.’

Other media figures – friends and colleagues of the photographer – have also paid respects to Marai.

‘On days like this, truth sucks. Truth hurts,’ wrote Mujib Mashal, a senior correspondent for the New York Times, on Twitter. ‘Our friend, the great photographer Shah Marai, is among the dead of the second Kabul explosion this morning. He was doing his job, like he had over two decades.

‘Shah Marai was calm, smiling and positive. He was never scared of danger,’ wrote Mahfouz Zubaide, a childhood friend and BBC Kabul producer. ‘We found ourselves both working for the media here in Kabul, always meeting at the sites of tragedy. He was also a friend to many others in Kabul’s journalistic community and we are all mourning him now.’ 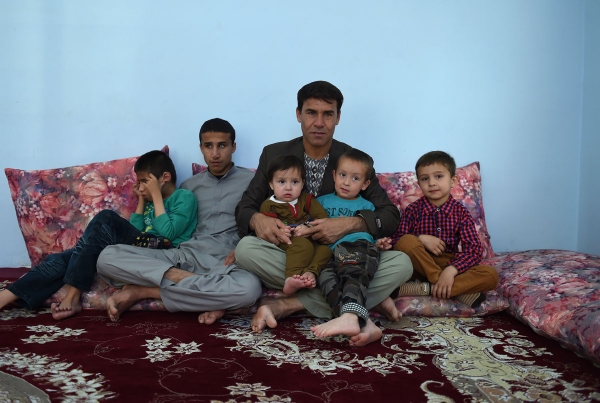 Marai with his five sons at his home in Kabul. Source: AFP.