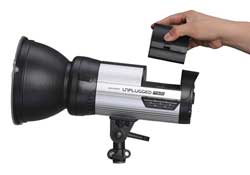 The ProMaster Unplugged range is made up of five monolights that are battery-powered and are triggered via 2.4GHz radio, along with a selection of accessories.

Each Unplugged monolight has a durable metal casing. The Bowens S-style mount gives photographers access to a wide variety of light shapers. Each strobe has a fully integrated tilting light stand mount with umbrella connector. The included reflector features a snap-on diffuser that produces soft light. Every light has an LED modeling lamp and a German-designed flash tube that delivers 5500K color temperature with a CRI of 96.8. 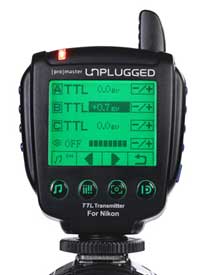 its include two light stands and a rolling storage case. Each monolight has a 16-channel, 2.4GHz mReceiver built-in and includes an mTransmitter. m-Series strobes offer a maximum sync speed of 1/250 second and a six f-stop power adjustment range.

Camera House has told ProCounter it is waiting on waiting on samples of the wireless lighting gear from the US, along with CE approval, and will ‘advise more once we have further information’ – so local release seems more likely than not!