While photography has historically been a male-dominated industry, two events held over International Women’s Day have shined a light on established and up-and-coming female talent.

The aim of the two events – Loud and Luminous in Melbourne and Agender in Sydney – is to inspire the next generation of women photographers, and reflect the growing presence of women in the photo industry.

Loud and Luminous consisted of an exhibition at Brunswick Street Gallery, and a full day of speakers and presentations on March 8, International Women’s Day.

The event was organised by Hilary Wardhaugh and Mel Anderson, two photographers who have witnessed the dramatic changes that swept through photography.

‘Mel and I have both been working in the photographic industry for over two decades. We both served on the National Board at the Australian Institute of Professional Photography (AIPP) from 2000 – 2003,’ Hilary told ProCounter. ‘It was a different industry back then – basically a men’s club. Membership was primarily men, around 70 percent, which would accurately reflect the ratio of gender within professional photography. But that’s almost been swapped around now.’

Hilary and Mel organised the exhibition and speaker schedule to include photographers from all genres – women who shoot commercial, documentary and photojournalism, through to fine art and portraiture. There was also a few curators and educators in the mix, too. 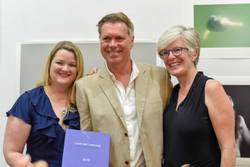 The exhibition, a successful crowd-puller from start to finish, was opened by Kevin Cooper, Fujifilm Australia national account manager. He received a copy of the sleek Loud and Luminous photo book, printed by Momento Pro, which can be purchased here.

Hilary is glad the industry is prepared to get behind an event like this.

‘Two years ago I became frustrated with some industry events not reflecting an accurate representation of the industry. Events I was involved with even had sponsors pointing this fact out,’ she said.

There’s more women involved in the photo business than ever before. But if events fail to reflect this reality, it suggests the only photographers at the top – those inspirational and successful enough to be a speaker – are men. 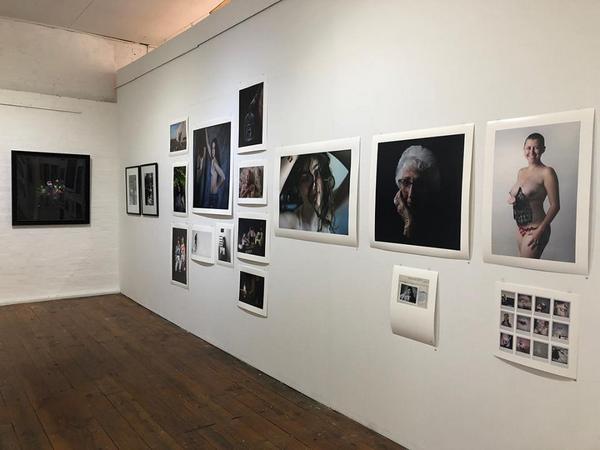 The exhibition consisted of  56 female photographers from all ages and backgrounds, and at various stages of their photographic journey.

The conference was held on International Women’s day, a potent reminder of what is possible.

‘Given the current climate, Agender is designed to be a powerful alliance for female creatives that will affect change both for the women taking photographs and the women in photographs,’ Cybele said. ‘There are plenty of female photographers, more than men in fact. Looking at the hard stats, they are getting the work, but they are funnelling in to lesser paid areas of photography.

‘They are not getting represented by the photo agencies and they are not getting the high paid jobs in the commercial world. By banding together with photographers and key people within the industry, I want to look at why this is happening, and how we can ultimately affect change.’ 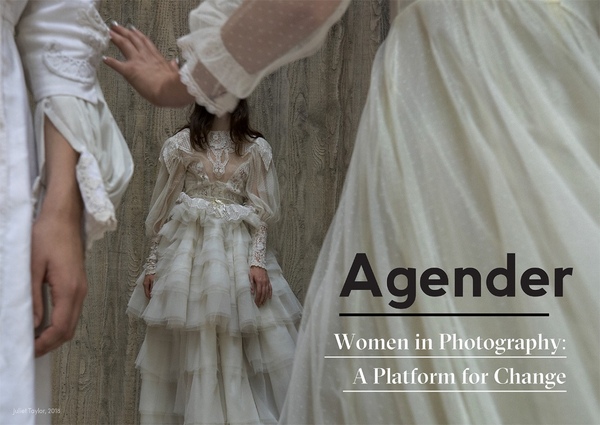 Agender coincided with International Women’s Day/Week events and speeches at the Hyatt Regency, as well as a pop-up portrait shoot at Canon’s Sun Studios.

There’s an equal amount of male and female professional photographers, but Cybele interestingly points out that the high paying fields of advertising and fashion remain male-dominated. She’s found data that suggests women work more hours than men on average, but are funnelled into lesser paid areas of photography.

Cybele’s ambition for Agender is to encourage and inspire the new generation of female photographers to push into the higher-paying male-dominated fields.

When ProCounter spoke with Cybele, she said it’s not about making this a polar issue of men versus women, but it’s a push for gender equality – parity.

Hilary says the change that she and many others wish to achieve begins with education. If educational events like Loud and Luminous and Agender are successful, it’s a small step to reaching the goal of equal gender representation in the photo industry. And this adds to the groundswell of social change that’s currently happening in the broader community.

Support ProCounter by subscribing to our free fortnightly e-mail newsletter!