John Swainston, a co-opted Board member of the AIPP, found himself as one of four remaining caretaker directors after the big Board decisions earlier this week. ProCounter asked him to share some impressions with our readership and give some perspective about the future. Here’s his take: 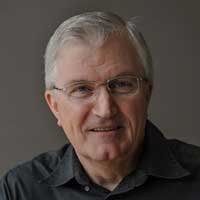 Hello!
I’ve had 35 years experience as a company director. I’ve gone through the superb AICD (Australian Institute of Company Directors) Directors’ Course. I have been on volunteer boards associated with imaging technology and the photo industry since 1974  – a frightening 44 years. But nothing prepared me for the last five weeks.

As Treasurer of the AIPP my primary duty is to oversee the finances of the Institute and to share in decision making and the direction of management. It is not to act operationally. However company directors, at times of crisis, have to be prepared to get in the trenches. It’s about survival and getting through things.

I have had the privilege of serving with some admirable people, drawn from a culturally- and gender-diverse set of backgrounds, all vitally committed to the well-being of our membership. Each had their own perspective, all valuable. The group was respectful of different perspectives and to a person I must say, one of the best groups of listeners I have ever worked with – an absolutely vital skill in good governance. I can say unequivocally that the AIPP Board of 2017-18 was the best Board on which I have sat in 35 years.

The AIPP is a group of creative spirits, artisans. They got to be top photographers by making great images and delivering for their clients. The range of creative experience is enormous; the business skills also essential for success not so common. In joining the Board in March last year I felt my long association with photography as a passionate and published photographer (but not a professional), a lecturer, as well as deep knowledge of the business side of photography, would add something of value to the rest of the experienced pros. And we had a small but effective management team in national office to carry out the hundreds of transactional and operational needs of the Institute.

I did my due diligence, was satisfied with the financial picture, talked to some past presidents, other Board members, and, satisfied, joined the Board. What due diligence did not reveal was the widely divergent views of how the AIPP SHOULD be run. Within days a group of people I had not referred to were in my ear about multiple areas of dissatisfaction. I learned of individuals for whom I have a deep regard, with many years of volunteer service, who had been hurt and deeply damaged by various experiences and differences in the Institute over far too long. Naturally creative people are passionate. Sadly, too often, this had caused hurt to others.

The events that led to the changes this week were a host of small things. But as has been proven in an industry where I have a seriously warped sense of ridiculous interest – air accidents and incidents (see http://www.avherald.com), events happen because a whole series of seemingly unrelated circumstances or incidents line up, and suddenly a situation becomes critical. Only one of these matters removed from the sequence would have prevented the outcome. That’s really what happened. Put your finger on any single one – a disagreement, a Facebook post, a membership fee, an unexpected expense, or a shortage of income – any one of these alone and we would still have the AIPP of last week. But they all happened. They all lined up. And today four caretaker directors preside over an orderly run-down of the national office, over the next several weeks, while we oversee the company secretary call the elections.

What I am very confident about is that there is a different but very bright future ahead, where goodwill and greater engagement between members continues the multiple facets of the Institute’s work in professional imaging.
– John Swainston