Unsplash, an online ‘photo community’ where contributors waive their copyright for free commercial use, has been scolded for placing photographers, publishers, and itself in potentially dangerous legal scenarios. 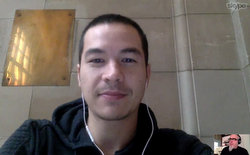 Many of the 300,000 free photos on the platform show people, places, and trademarks. Despite providing a commercial license for all photos, Unsplash doesn’t require legal release forms from contributors.

Unsplash made a, um, bomb-like splash in the photo industry last year, due to the ‘trashing’ effect the platform has on professional photography, while at the same time benefiting the design industry with free content.

Anyone can go to Unsplash to score free photos without crediting the original creator. Anyone from a student sourcing photos for a school project, to an ad agency graphic designer working on a million-dollar campaign.

Unsplash doesn’t generate revenue. The purpose of the photo-sharing start-up was to promote Crew, a once-struggling online directory of independent freelance creatives, which garnered US$30 million in gross revenue over two and a half years thanks primarily to Unsplash channeling designers to the platform. So Unsplash is effectively click-bait for Crew.

Since then, there’s been arguments published by photographers and the media both critical and supportive of the platform.

While stock agencies themselves have contributed to devaluing photography, they protect themselves legally by ensuring photographers obtain appropriate documents to avoid legal spats. Not Unsplash.

‘Let me make this as clear as possible. If a photograph is used in a commercial sense, and it is not model released, the photographer is liable. You can be taken to court, and sued. It’s that simple. While someone (a model) might tell you it’s fine to use their picture, they might have an axe to grind with you later, or have their picture used in some way they do not want it used,’ he wrote.

In Australia, it’s highly recommended but not a legal requirement to obtain model releases when a commercial photo shows identifiable individuals.

Arias gave Cho a stern talking to via Skype, telling him that he posed as a designer creating an ad campaign on Unsplash. He asked several Unsplash photographers for a model release. None of the ‘dozens and dozens’ of photographers from many countries returned with the legal document, and most didn’t even know the purpose of a model release.

Some assumed the photos were covered by Unsplash Terms of Use; others didn’t know where to find a model release; and when supplied a release, they didn’t know how to properly complete the form; and in one case a minor signed off on a release.

Arias did most of the talking during the 53-minute interview. Cho had few points or rebuttals to make – he acknowledged the harm Unsplash can cause professional photography and spoke of plans to better educate its photographers, who are mostly amateurs.

In a 42-minute post-interview video – this Arias guy sure can waffle on – he asked how a model willing to have a photo uploaded to Unsplash would react when a white nationalist political party uses it for a campaign.

He also noted that there’s hundreds of Unsplash images showing brands without permission to use the trademark. This includes, he says, Disney and Coca Cola which have an army of lawyers to tightly control use of their brands. 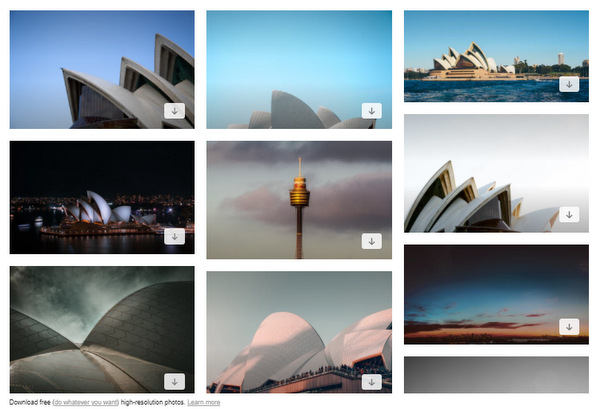 It’s well-known that commercial photography of the Sydney Opera House requires a paid permit, however here’s a few free snaps courtesy of Unsplash.