The AIPP has dismissed speculation that the reduced involvement of long-term Awards Team contributors, Tony Hewitt and Peter Eastway, was accompanied by any bitterrness or ill-feeling. 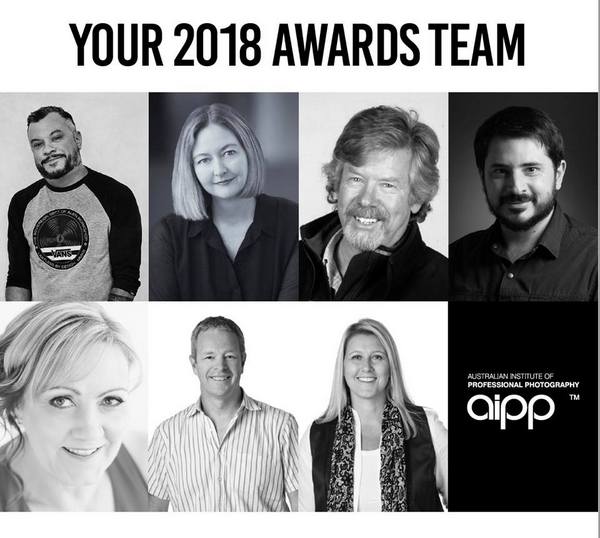 One of the few definitive assertions to be gleaned from a statement to members from the AIPP president Vitttorio Natoli, was that the two industry stalwarts were ‘NOT “sacked”’ – Tony and Peter ‘stepped down’ from their roles after amicably disagreeing with a newly implemented strategy for the awards.

The lengthy but somewhat vague statement tentatively addressed a series of events that appears to have snowballed into a mudslinging match involving AIPP members and non-members on Facebook.

Tony and Peter have been vital volunteers to the AIPP State and National Awards over many years. Tony held the role of Awards Team manager, and Peter held an informal advisory role.

Way back in 2013, the AIPP board established a long-term plan involving structural change, to ultimately broaden the scope of the photography awards.

This plan was designed to work alongside the AIPP’s broader structural change – to implement different membership titles and levels. Instead of most members falling under the same banner, ‘Accredited Professional’, there are now a range of membership levels: Student Member; Video Producer, Professional Schools Photographer, Emerging Member, etc. The goal is to attract new members – and membership fees – from a broader range of photographers.

The strategy has led to establishing the Australian Video Producer Awards (AVPA), and the AIPP plans to develop new awards separate from APPA and State Awards.

This year, the Awards Team was allocated the responsibility of running the print awards – the State Awards and the APPAs – and the new ‘remit’ (used to mean ‘terms of reference’ in the aforementioned statement ) made it clear that new committee groups will be established to develop new AIPP awards.

The AIPP board created a ‘brand new more-involved role for Tony’. He was asked to forfeit his role as awards team manager to become an AIPP board advisor, to help advance the structure of new awards.

Peter Myers said that Tony wanted to maintain the status quo – to retain his role and keep the Awards Team managing all AIPP award systems.

According to Vittorio’s statement, Tony disagreed with the terms of reference, and the Boards’ proposition. But the strategy couldn’t be dumped, and after consultations and back-and-forth communication it was mutually agreed Tony would step down.

‘Tony Hewitt and Peter Eastway are standout members of our Institute. Peter and Tony remain very highly respected for their lifetime achievements and commitment to the AIPP, our profession and industry,’ Vittorio wrote in the statement. ‘The published objectives and views held by the Board have much more in common than there are differences. But on some issues we differ. And that’s normal. Ultimately a Board has to govern, and yes, it was a hugely tough decision, especially because of long-standing personal friendships, which really matter to all of us.’

Tony will remain host of the AIPP Australian Professional Photography Awards, for the 20th year.

‘Old Guard’ vs AIPP
The above information is based on a briefing by Peter Myers combined with Vittorio’s statement. So it comes straight from the the AIPP executive – not from Tony, who ProCounter unsuccessfully contacted for comment. (Peter and Tony are both overseas at time of writing.)

Vittorio’s statement also addresses ‘false claims’ that surfaced after the new Awards Team announcement, which asserted Tony and Peter Eastway had engaged in a bitter exchange with the AIPP board, causing them to both being fired.

The AIPP has vocal detractors – particularly among an older cohort – who are concerned that the Institute is losing credibility by opening itself up to a new demographic of part-time photographers.

Vittorio’s statement released to AIPP members is, especially for members who haven’t been following the saga closely – frustratingly vague. Without being an audience to the vitriolic Facebook discussion, or knowing the background of the infighting, it’s difficult to understand most of the messages communicated in the document. There were no details about what ‘new role’ the AIPP had made for Tony, and why he rejected it.

It’s understood that the statement’s target audience was the disgruntled members – who may be better able to ‘read between the lines’.

‘The Board is unpaid, so it has nothing to gain from decision-making either way. As Directors of an incorporated body we actually have a lot to lose, – financially and reputationally,’ the statement says. ‘The truth is that we have many stakeholders – members, sponsors, service providers, customers. This Board only wants the best for the AIPP, our members, APPA, our partners, our customers and our profession. It’s no different to all the past Boards, presidents and volunteers who served before us. We are working in a fast-changing profession and we need to address current trends and needs in a timely manner. ‘

ProCounter has previously labelled these detractors the ‘Old Guard‘, as they have been in the business for decades; had an active role in establishing and nurturing various industry groups; and have witnessed the dramatic change that has swept through professional photography. It’s by no means intended as a pejorative.

They are disgruntled with AIPP strategies that further cater to part-time or emerging professional photographers, and feel they are no longer being properly represented by the Institute.

There have been multiple incidents in the last few years indicating growing tension between the AIPP board and these influential and passionate members. It appears to have boiled over into public comments on Facebook, prompting the AIPP president to directly address it. In the meantime, critical FB comments have been deleted. (ProCounter would be interested in speaking with anyone interested in shedding a little light – rather than heat – on the issue. Alternatively, we can provide a platform for individuals via our Opinion pages.)

Vittorio’s closing statement:
More than 50 years ago, The AIPP was originally founded to promote Australian Photography. IAP: Institute of Australian Photography it was then. We have evolved to focus on the Profession, to show leadership, to encourage protection of consumers through regulatory control, to implement accreditation to differentiate capable photographers from fly-by-nighters, and to protect members through rigorous defence of Intellectual property. Of course there are some very experienced excellent professional photographers who have justifiably felt that they don’t need membership to do that any longer. We are far from perfect. There are groups of people who currently the AIPP does not represent well – Photo artists and Photojournalists. But we promote excellence through our globally recognised Awards system to celebrate great imagery that exemplifies the best of the best. We are weakened when people leave the tent; we are uplifted and strengthened when a member contributes, shares and supports fellow members – this is the essential lifeblood of the AIPP, carried out by hundreds of members every week.’

If we focus on the overall goals for the AIPP we will realise we have much more that unites us than divides us.