A spate of apparent image thefts and lawsuits is highlighting how frequently alleged copyright infringement turns into a messy and often avoidable situation. 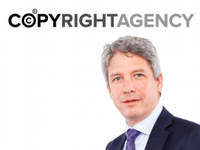 NSW Government ‘owes millions’
The Copyright Agency has filed a suit against the the NSW Government, with claims the State Government hasn’t paid creators a fair rate during a five-year period.

The agency is demanding $7.5 million, a figure based on the number of NSW Government employees multiplied by the five-year period. According to The Australian, the suit states the standard rate paid by other states is $7.30 per year for each public servant.

The creators – members of the Copyright Agency – include writers, publishers, researchers, photographers, cartoonists, and journalists.

The Copyright Agency is a well-funded non-profit membership body which collects licensing fees on behalf of members, and represents the interests of Australian content creators.

‘The NSW Government is the only government in Australia refusing to pay a fair rate for using the copyright material of our members,’ said Copyright Agency CEO, Adam Suckling. ‘For five years we have attempted to get the NSW Government to recognise the value in tens of millions of pages of author, publisher, researcher, photographer, cartoonist and journalist content.

‘In this time, thousands of NSW executives and public servants have copied up to 200 million pages of copyright material without the appropriate approval or recompense for Australian creators. Over 200,000 NSW Government employees use and distribute copyright material – such as newspaper, magazine and journal articles, survey plans, photos and illustrations – in the course of their work every day.’

According to independent political news website, Government News, the agency is pursuing ‘trivial’ instances – such as when an employee photocopies a magazine page to show a colleague.

The Copyright Agency has been instrumental in the fight against introducing a US-style Fair Use exception to copyright infringement in Australia. Government News suggests that under Fair Use, the NSW Government and other states wouldn’t be required to pay these fees.

The Copyright Agency is asking the NSW Government to resolve the issue out of court, rather than the ‘unnecessary and undesirable’ alternative of engaging in an expensive legal battle.

Business Insider reports that in 2015 the NSW government made $1.5 million in back payments for the previous three years of copyright fees. 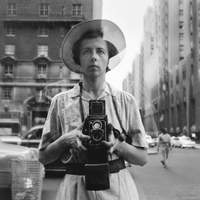 Who owns Vivian Maier’s work?
Over in the US a legal battle is under way between the Vivian Maier Estate and art collector Jeffrey Goldstein, who allegedly acquired and illegally distributed Maier’s prints, negatives and undeveloped rolls of film.

According to the lawsuit, Goldstein purchased Maier’s work from a storage facility after her death. He then profited by creating and selling prints, organising exhibitions, and licensing the images.

However the lawsuit argues that, despite buying the material from a deceased individual, Goldstein didn’t own the copyright and wasn’t in a position to distribute them.

The Federal Court in Chicago is favouring the Maier Estate lawsuit, after Goldstein attempted to have the case dismissed. Owning a physical copy of any work doesn’t necessary constitute distribution rights. For example, buying a print doesn’t allow the customer to reproduce copies and sell them.

‘…Ownership of those works would not entitle him (Goldstein) to the copyright or provide a defense to infringement,’ the court said. ‘Defendants cite no authority to the contrary. Accordingly, plaintiff’s copyright claim will proceed.’

The photos were originally sent to Arkansas to be digitised, but Fairfax struck the deal with a shady character who was later charged with fraud and went bankrupt.

Duncan Miller took control of the photos, and attempted to ‘return them home’ by selling collections to Australian buyers.

However, Duncan told The Australian in June that any photos taken after 1955 are still owned by Fairfax. He’s ‘only selling pieces of paper’, which creates potential legal issues, such as the Maier Estate V Goldstein lawsuit.

Pop star in a hot mess
Pop star Bruno Mars is being sued by photographer Catherine McGann for posting a photo to social media that she captured in 1989! The photo shows Mars as a child, posing as an Elvis Presley impersonator.

The lawsuit has been filed against Mars and his record label, Warner Music, for publishing the photo for commercial usage without license or permission to Instagram, Facebook and Twitter. The photo has received 1.2 million likes and 15,000 comments on Instagram alone.

McGann is seeking damages, along with profits Mars and his record label received from publishing the photo.

The photo has since been removed.

Netflix rights a wrong
Sydney tech enthusiast, Dr Gough Lui, has reached ‘the best possible outcome’ with Netflix, after the company apologised and paid a licensing fee for using his images without permission on a DVD cover. 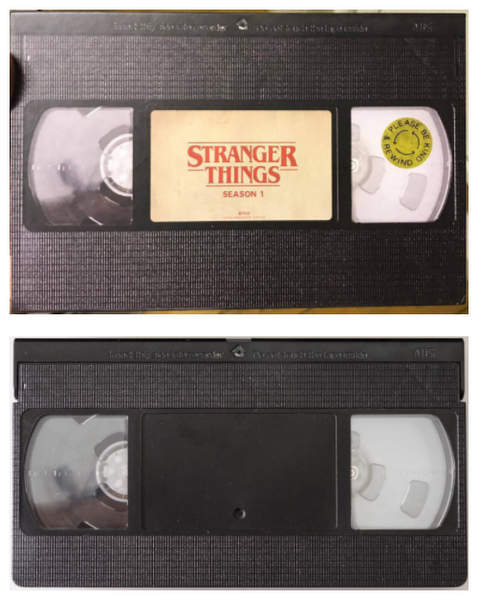 The DVD cover was given a retro look by using Dr Gough Lui’s image of a VHS cassette. Someone impressively identified it as a copy! Source: Sreengrab from Lui’s blog.

Dr Lui runs a blog, where he creates posts about new and old technology. He was tipped off that Netflix used images he captured of VHS cassette tapes for the US Collector’s Edition Box of Sci-Fi TV show Stranger Things.

After struggling to contact the appropriate department, and having his e-mail enquiries apparently lost in the ether of cyberspace, Dr Lui wrote a blog post concisely explaining his experience.

They explained a third party creative agency was responsible for the box set design, but a Netflix spokesperson phoned Dr Lui to formally apologise for the infringement, the poor communication, and to talk compensation.