The Civil Aviation Safety Authority (CASA), which oversees drone regulation, has begun talks with drone manufacturer, DJI, about rolling out its geofencing system in Australia. 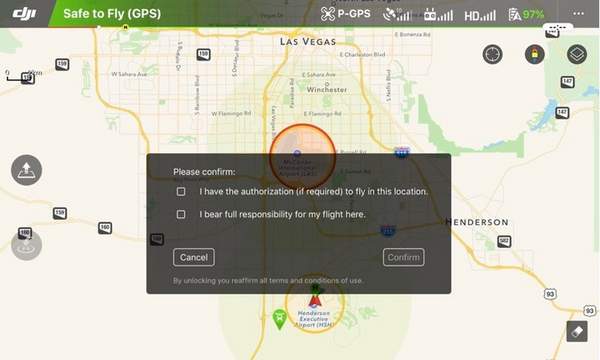 Geospatial Environment Online (geo) fencing has been developed by DJI and is active in the US, Canada, Mexico, Europe, and the United Arab Emirates.

It limits flights within restricted locations, and provides regulation information to operators based on local law.

In Canada for instance, where there was recently a collision with a passenger plane in Quebec, DJI says drones are programmed to fly no higher than 120 metres around airports.

The system is advisory only. It can be overrided with a ‘verified account’, which requires a user’s personal details. If a law is broken resulting in an investigation, DJI will hand over the logged details to the aviation authority and the operator is held accountable.

Geofencing isn’t hack-proof, and a number of users have found ways to unofficially override the system.

Drone boom strikes Australia
The consumer and commercial drone boom has left CASA with a huge job of formulating and enforcing up-to-date regulation.

Drones are now a political issue. Former air crash investigator turned Coalition Senator, Barry O’Sullivan, has warned that a catastrophic mid-air collision between a drone and an airliner could cause mass casualties.

He’s heading a Senate Committee Inquiry into drone safety, which blasted CASA for current laws and not complying with a regulation review.

CASA enforced new drone laws in September 2016, which permit commercial use without an Operators Certificate for drones weighing 2KG and under. A strict set of rules must be followed, including a registration of each flight, for commercial operators.

CASA assessed these operations are ‘low-risk’, and by ‘cutting the red tape’ it would spend considerably less resources regulating it. However, this supposedly ‘low-risk’ area is an ongoing issue for CASA, which probably wants to deal with other principal aviation matters.

Over 7600 sub-2KG operators have registered commercial jobs with CASA since the rules changed in September 2016, many which are in the business of capturing aerial photography and footage.

Between 50,000 and 100,000 drones have been sold in Australia, according to the Senate committee. With DJI the undisputed market leader, it’s a safe bet the majority of these units come from the Chinese manufacturer.

CASA has received over 700 complaints about drones, but has only issued 21 fines for drone rule breaches since the beginning of the year.

Regardless, pressure is mounting on CASA to act.

It released a drone safety education app for all operators, Can I Fly There?, earlier this year.

The Australian has reported that CASA has begun ‘preliminary dialogue’ with DJI about an local ‘geosystem’, which will stop drones from entering restricted airspace – areas around airports, military locations, and populated areas.

It has also spoken with air traffic control operator Airservices Australia, to find out what data would be required to enact a DJI geofencing system. More talks are expected this month, CASA says.