A client in the market for a new portrait may believe that anyone with the new Apple iPhone 8 is just as well-equipped for the job as a professional photographer and a DSLR – that is, if they’ve been reading BuzzFeed tech news. 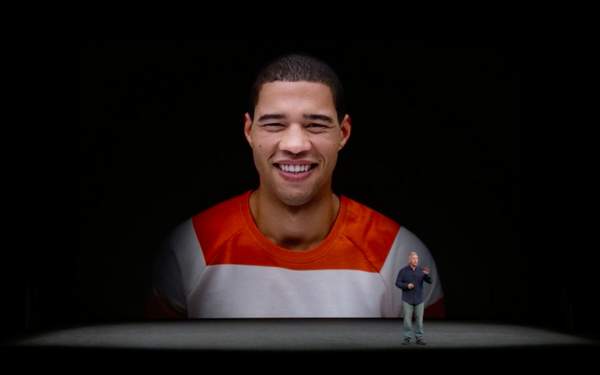 A demonstration of the ‘Stage Light’ Portrait Lighting feature from the iPhone 8 camera. Source: Apple.

BuzzFeed published a puff piece plugging the new iPhone, which claims the 12-megapixel camera has ‘professionalised millions of shots’ and ‘blurred the lines between professionalism and amateurism’.

The camera ‘has no settings’ – ‘it just works’, ‘taking away the complexity of fancy cameras.’

The article, Inside Apple’s Quest to Transform Photography, states that the company studied portraits by legendary photographers Richard Avedon and Annie Leibovitz, as well as paintings by Dutch Masters like Johannes Vermeer, when designing software for the new camera.

‘The result, when applied to Apple scale, has the power to be transformative for modern photography, with millions of amateur shots suddenly professionalised,’ a breathlessly excited Buzzfeed San Francisco editor, John Paczkowski writes. ‘In many ways it’s the fullest realisation of the democratization of high-quality imagery that the company has been working toward since the iPhone 4.’ (This guy obviously has a great relation$hip with both Apple and overstatement!)

The iPhone 8 camera doesn’t appear to have a huge technical upgrade from the previous version, the 7. On paper it’s the same 12-megapixel camera.

Studying the Dutch Masters? – That led to the new Portrait Lighting feature.

Portrait Lighting, which is in the beta stage, uses ‘deep learning’ and ‘computer vision’ to detect a subject’s face and body, and adds lighting presets in post-process.

The smartphone returns five edits of the original photo.

The two Stage Light presets is what provides a photo with ‘Vermeer-esque’ lighting.

‘What Apple’s doing is using its software to light a photo as a lighting person might and, more broadly, taking away the complexity of how the fancy cameras you’d typically need to do that stuff work,’ he writes.

Portrait Lighting is an addition to Portrait Mode, a feature introduced last year which fakes shallow depth of field in a photo.

Portrait Mode and Lighting offers an insight into where smartphone camera technology is headed. Software will compensate the technical limitations of smartphone cameras such as no depth of field control, tiny pixel size, limited flash, mediocre optics, etc.

‘We’re in a time where the greatest advances in camera technology are happening as much in the software as in the hardware,’ Schiller tells Buzzfeed. ‘And that obviously plays to Apple’s strengths over traditional camera companies.’

Paczkowski’s wild, gushing claims – made in blissful ignorance of what he writes – lays the boot into professional photography and ‘traditional camera companies.’ Unfortunately, Paczkowski’s credentials as a tech writer may lead less skeptical readers to accept what he is saying as truth. This is essentially that mighty Apple, in one product release, has rendered roughly four-fifths of the photo industry redundant!

The article’s message hinges on comparing the new iPhone to existing high end photo gear – DSLRs, mirrorless, wide aperture lenses, and associated lighting equipment. It’s not alone. CNet, TechCrunch, The Verge, BGR, and mainstream media are all making similar arguments. The term ‘DSLR-killer’ is being thrown around in what could become a self-fulfilling prophecy.

Paczkowski – who has no professional photography background and primarily covers start-ups, Silicon Valley and software news – is writing about a subject beyond his expertise.

By comparison, Fairfax photographer Louie Douvis says that while the Portrait Lighting feature, for instance, doesn’t work as well as he hoped, it isn’t going to put retouchers out of business or make wide aperture 85mm prime lenses a thing of the past.

Apple has focused its iPhone marketing campaigns around photography, and the BuzzFeed publicity is completely on message. Since battering the compact camera market, the company has moved to challenge DSLRs and high-end equipment.

‘The company’s ubiquitous “Shot on iPhone” advertising campaign, a series of iPhone-shot Time magazine covers, and the professional photographers using the iPhone as they would a Canon or Leica already bear witness to what it can accomplish,’ writes Paczkowski.

Photographers know how to deal with complex lighting conditions and camera settings – software can only mimic the effects achieved, and so far not that convincingly. (But yeah, yeah, we all know the robots are coming.) Then there are those softer skills like composition, and even subject selection. Paczkowski and his ‘techknowitall’ cohorts simply don’t understand that producing a ‘professional image’ takes more than just fumbling with ‘an array of lenses and tools to calibrate focus and depth of field’. Hopefully the average BuzzFeed reader does.
– Will Shipton

One thought on “iPhone the ‘DSLR-killer’?”