In 1665 Robert Hooke, the English pioneer of microscopy, published a groundbreaking book called Micrographia. It was filled with meticulous observations of plant cells and insects and demonstrated how Hooke appreciated the communicative power of the image. 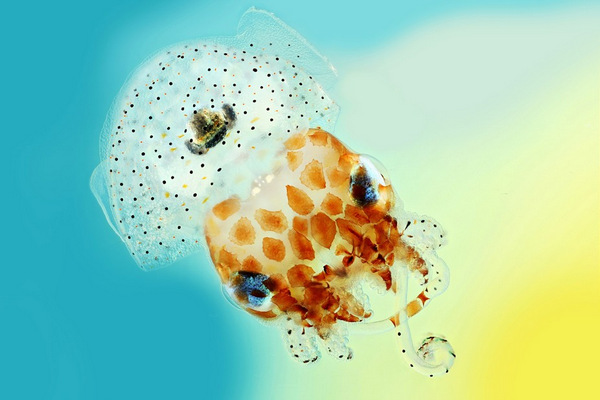 Over the next two centuries microscopes kept advancing. As they did, scientists and artists often worked together to examine and reveal the living world’s inner complexities. The images that emerged were immensely valuable to advancing science. They also revealed the spectacle of life to a wider audience.

Then came the 19th century and the emergence of photography. It wasn’t long before the camera and the microscope were united to create the new discipline of microphotography. The artist’s interpretive role became less important. Technology placed the imaging solely in the hands of the scientist – which came with pitfalls. As the technology became more sophisticated and the science more complex, access to this knowledge became increasingly restricted to academic and scientific institutions.

Happily this is changing. Over the past 20 years digital technologies have arrived that are common to science, art and design practice. There’s been an explosion of remarkable high definition, full chroma images. These, coupled with the internet’s power to disseminate images and knowledge, have allowed ordinary people beyond academia and scientific laboratories to witness everything from the outermost extremes of our universe to the inner mechanisms of a human cell.

This is important: a better understanding of science among ordinary people validates the vast amounts of public funds spent on scientific research. It also underpins the benefits that feed directly back into society.

Celebrating scientists’ images
As people have once again come to understand the important way artistic practices can be used by scientists to create images and objects to captivate ordinary audiences, new initiatives have sprung up to encourage this. Some of these have encouraged scientists and artists to work together, to share knowledge and to create new ways of seeing and communicating

The Wellcome Images of Science Awards is one such initiative. It was launched in 1997 and aims to bring the work of science research to a wider audience. It’s also a way to inform people about the spectacular images that scientists and artists create, and to celebrate them. I am on the panel of judges. 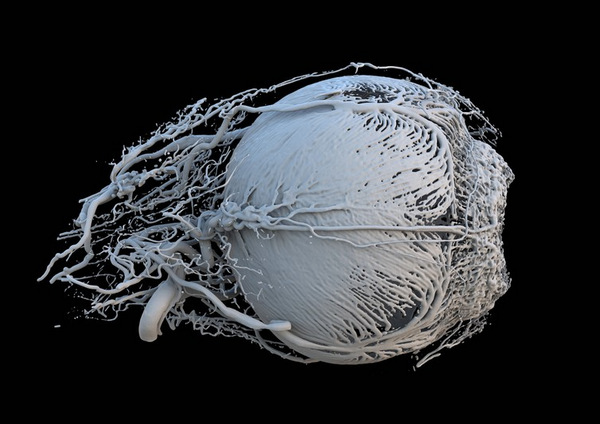 In the past 20 years the award has reflected many sophisticated advances in biomedical science and how they’re visualised. The range of techniques increasingly sound like they’ve been lifted from a sci-fi novel: diffusion tensor tractography, Optical Coherence Tomography, thermal imaging. Part of the award’s role is to demystify these terms, getting scientists talking about their work and methods.

Such explanations are, of course, important. The sheer beauty and complexity of a mouse’s retinal surface – created by Gabriel Luna using confocal microscopy – adds another dimension. But his technique doesn’t just produce beautiful images: confocal microscopy is hugely beneficial to patients because it’s non-invasive. It also enables a better understanding of eye disease and can be shared by researchers across multiple locations.

Images offer new insights
Images have always mattered in science. And new techniques echo the old: one of the entries in this year’s awards, a model of the eye and of the 3D brain pathway by Stephanie J Forkel and Ahmad Bey, brings to mind scholars in Renaissance Italy who used wax anatomical models to reveal that body’s interior organs and vessels.

Understanding the brain with its infinite complex functions and by extension its misfunctions has long been the holy grail of science. The 3D model of a brain pathway is so mesmerising because it renders visible the very mechanism in our brain we are using to look at it. It’s a neurological portrait.

Data, too, can produce startling images. The work of Eric Clarke, Richard Arnett and Jane Burns is a graphical visualisation of data extracted from tweets containing the hashtag #breastcancer. The result is a beautiful starburst of pointillist coloured nodes; a complex representation of convergent energies that creates an almost mandala-like effect. Here, too, there are echoes of past scientific images: this visualisation is reminiscent of the complex cosmological works of the 17th century physician Robert Fludd.

Blood vessels of the African grey parrot, rendered in 3D. Scott Birch and Scott Echols
Images are not always what they seem at first glance. The very subtle, aqueous hues of the Hawaiian Bobtail Squid (above) by Mark R Smith appear almost like a watercolour and are particularly resonant of the aquatic environment in which the squid lives. Its mysterious form and striking patterns reflect our continued fascination with marine life. They also hark back to illustrations by the 19th century zoologist Ernst Haeckel in his celebrated book Art Forms of Nature.

These fascinating images and others like them show how the study of life by scientists and artists always commands our attention. They also draw us in to share the sense of wonder and enquiry that drives their creators – and to understand why scientific research matters so much.

– This article was written by Rob Kesseler, chair of Arts, Design & Science at the University of the Arts London. It originally appeared in The Conversation, and has been re-published as per the guidelines.