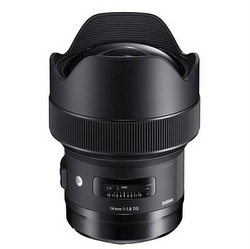 Both lenses, which were announced back in February with two others, are available for Canon and Nikon mounts, as well as the Sigma mount.

The Sigma 24-70mm f2.8 DG HSM Art zoom lens, which has an RRP of $1929, is described as a ‘workhorse’ that covers a wide range of shooting scenarios. It has three Special Low Dispersion glass elements and four aspherical elements to reduce chromatic aberration.

Canon and Nikon both have an equivalent lens released in the last 5 years.

Sigma has been busy releasing new Art lenses over the past 12 months, and a 135mm F1.8 DG HSM telephoto prime, also unveiled in February, is set for a release later this year.

The 85mm f1.4 DG HSM Art lens, released in November last year, at an RRP of $1699, around $1000 cheaper than the Canon and Nikon wide-aperture equivalents.