So this is what it has come to! Legal action against anyone infringing my copyright. It sucks – I have a friend who makes more money from suing people than actually working as a professional photographer, but that isn’t me! Well not yet, anyway. 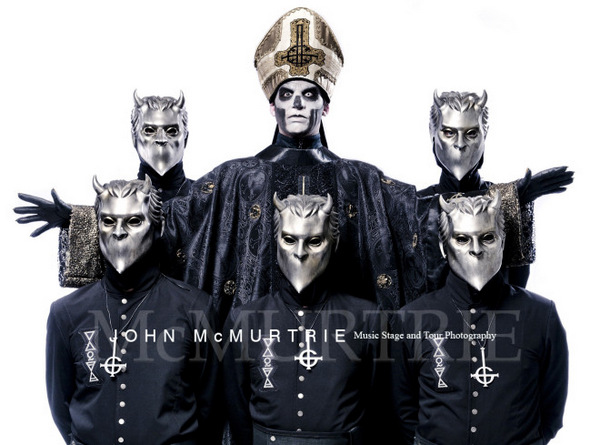 John McMurtrie, the author of this article, is an award-winning British music photographer. Source: Supplied.

Recently I discovered one of my images being used illegally on over 200 websites. 129 of the websites were commercial businesses relying on advertising for revenue. I was never that bothered by the internet, but lately I have become more and more concerned at the amount of illegal usage and how it is starting to effect the industry. 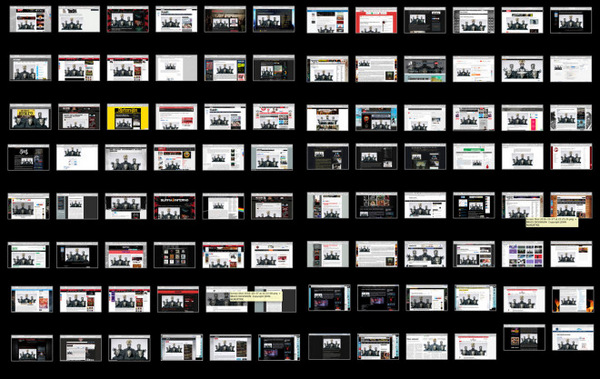 Just a few of the offending commercial sites using one of my images.

Someone using your image for profit undermines the company that commissioned you to shoot it in the first place. If someone is permitted to just grab an image off a google search and use it, then why would anyone pay a music photographer ever again? Why would they when they can get it for free? If that is allowed to happen then professional photography, for me, is no longer a viable career. I don’t want to be a dick but if a commercial company uses my image without permission then they will be pursued for compensation. For the sake of this industry I have to start enforcing some control or it’s game over!

Obviously professional photography will still exist, you can’t google search your own wedding pictures or corporate headshots. I am talking about music photography in my case. 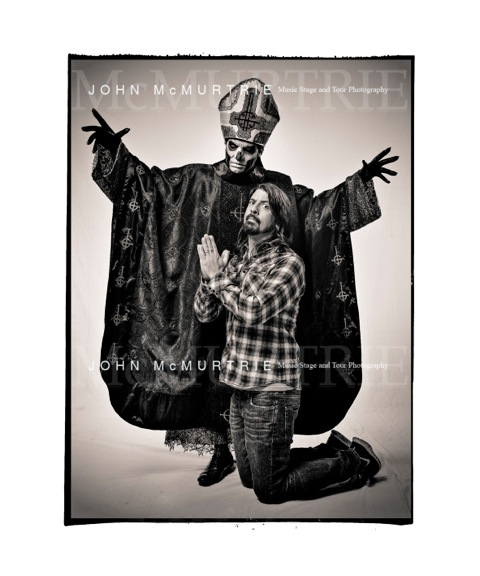 It is now easier than ever to monitor illegal use. The company that hosts my website constantly image searches every single photograph on my website, looking for copyright infringement to alert me every few days of sightings. Once alerted I can either dismiss a sighting or activate proceedings against them with a simple click. The majority of illegal sightings are just fans of music or photography and they do not concern me. But a commercial website that has pay per click advertising will be pursued for payment.

How has it come to this? Why is the internet not protecting photographers’ image rights? The social networks have played a big part in undermining photographers by stripping away the encoded metadata that identifies the owner of an image. Facebook completely remove all data within the image. Why? Because it ensures that there is no come back of ownership rights when an image is used on their platform. It protects them from any legal blame as the author’s identity is removed as soon as it is uploaded. Facebook have also made it as difficult as possible to report copyright infringement. That said, I enjoy using social media for networking and displaying my work – despite its shortcomings. 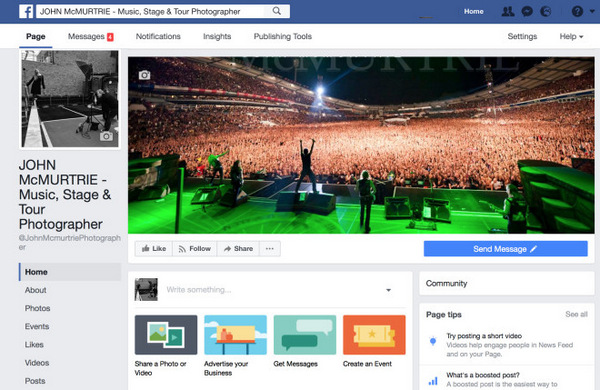 Social media isn’t the problem though. It is the lack of value and the irrelevance of the owner of an image that is the issue. Those seeds were sown by the picture agencies when the internet was just starting to blossom. 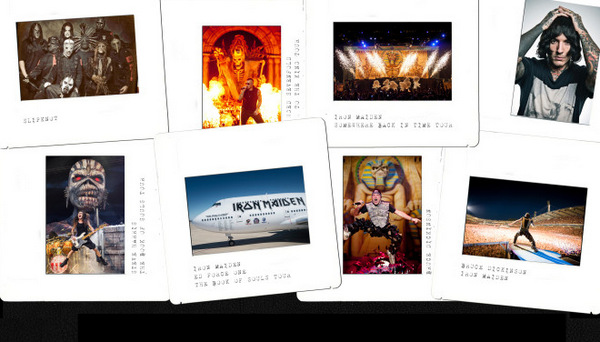 We used to make a secondary income from syndication – a reputable photo agency would shotgun physical copies of images to publications throughout the world. The agency would take a cut of 40 percent of any sales, but it was usually profitable because they would sell the images for magazine front covers or features in territories where we had little contacts. On a monthly basis earnings were as much as £1000 or as little as £100 from selling on the images from previous magazine commissions.

Not bad when you have already been paid once for doing the work three months earlier. As the internet began to develop more, and sales shifted to websites instead of the lucrative physical publications, the earnings from syndication rapidly decreased because the internet wasn’t given any value by the publishers or by the picture agencies. All of a sudden the photo agency had most of their work done for them, which probably helped as their revenue had declined drastically.

No longer did they have to make physical copies of images and courier them all over the world – I knew several photo agencies that employed their own motorbike couriers. The images were put online and clients could download at their leisure. Because this whole process was simplified the photo agency saved a massive amount of expense. People were let go. You no longer needed to run and maintain an E6 transparency process, you didn’t need couriers and you didn’t need the huge amount of staff that were required to organise the distribution and selling of images. The news photographers no longer had to process in the middle of the night and deliver as soon as humanly possible. 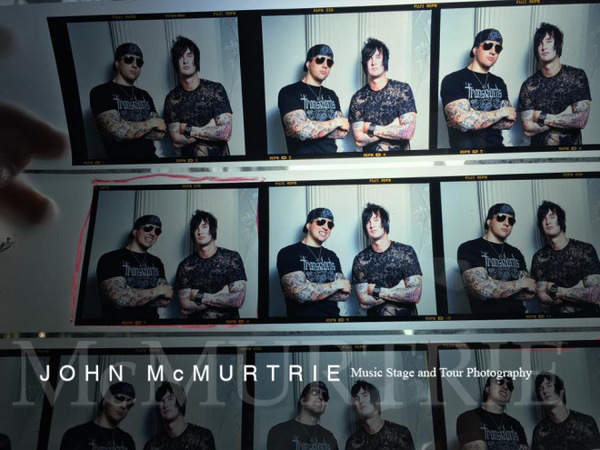 The photographers were given secure log-in information and could upload seconds after an event had finished. The entire operation was simplified and made faster, easier and cleaner. In theory the photo agency was given a golden ticket to control the market place. They had the contacts, the technology, the infrastructure and most importantly the images. But instead, the revenue being made by the agencies crashed like a bad day in the stock exchange. Why? Because the agencies didn’t know how to deal with the internet.

Pricing was always negotiated on how and where an image was to be used. What was the territory, readership, was it a full page, half page, a small insert? A front cover of a book was priced more than a single small image being used for a review on page 20 of a newspaper. Each image sale was priced accordingly. The internet was the unknown entity. The photo agencies at first saw the internet as a new secondary market, which was an opportunity to get extra revenue.

If an image was sold to a magazine for £80 for a live review, then an extra £14 was made for publishing it on the magazine’s website. That isn’t a lot of money, but it was on top of earnings they were getting anyway so it was seen as a bonus. But it didn’t take long for the magazine to realise if they only published the review online they could save £80 and only pay the £14 for usage online.

The magazine or newspaper would generate huge amounts of internet traffic to their site and promote the physical copy and only have to pay a minimal fee for a good picture. This should have been the moment when the photo agencies said STOP! 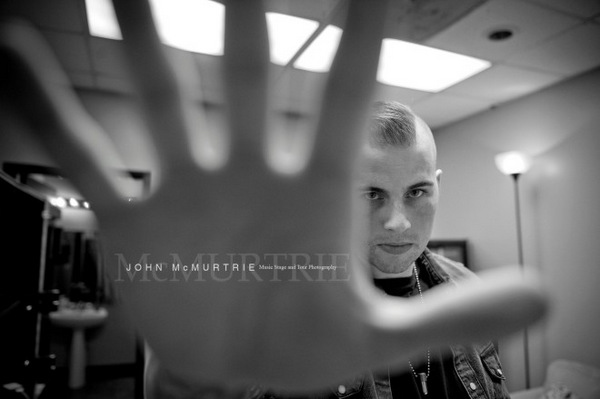 Some of the agencies tried to negotiate, but the majority decided that quantity sales would make up for the loss of revenue and left the pricing for web use unchanged. It didn’t help that one famous photo agency began to buy up all the smaller agencies and monopolise the market. For as little as £6, a publication could now get access to an image from an event that had just taken place. This meant the photographer who took the pictures would be earning less than £3 for shooting that event. Did I forget to mention that the 60/40 percent split of earnings had tipped the other way, to 60 percent to the agency and only 40% for the photographer. The internet had gone from being just an extra bit of earnings to the main operator. It was no longer just a weird portal with a bit of content, it was now the main event with millions visiting individual sites on a daily basis.

That photograph that you earned £3 for was now also being shared by millions of users on social networks. Once an image ‘goes viral’ there is no turning back. You can’t whine at the operator of a social platform. They can’t control what their users do and the photographer gets nothing in compensation. If the agencies had put more value and control over the distribution of images, then they would have kept some value on the images. Instead the biggest agency put their entire network available for free for non-commercial use. Thus undermining any commercial sites willingness to pay. Why would they pay if everyone else can use for free?

I got out of the syndication market around 2006. I could see what was happening and I gambled that it would be safer to hold on to my images as a valued commodity . It is much easier and more profitable to deal with a publisher or company direct than go through an agency. I keep control on where my images are used, and avoid embarrassing my clients by images turning up on tea towels and illegal merchandise. I also produce occasional Limited Edition prints of stand out images. 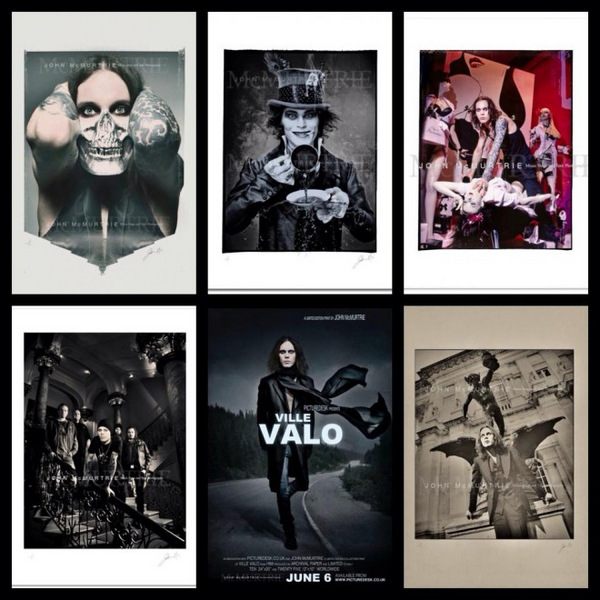 I recently was asked to supply an image to a well-known guitar manufacturer. I spent several hours picture editing and re-touching a suitable image, and was told it was for a global marketing campaign. I quoted a reasonable amount for the company to use the image and that is when the fun started! Their marketing director pointed out that they were using the image for an online campaign first, and the printed advertisement would be in guitar magazines ‘at some point’ later that year.

Because they would only be publishing online first, they hoped a credit would suffice instead of payment for now. A credit? I won’t do the usual rant about a credit won’t pay for cameras, mortgages etc, but it is safe to say a credit isn’t compensation for putting a valuable image out on the internet on the promise of payment at a later stage. I politely declined the offer of a credit and stuck to my guns on the initial quote, stating my reasons why.

An advert in a UK guitar mag will be seen by approximately 10,000 people, an advert published online will be seen worldwide by their 5 million Facebook followers and one million followers on Twitter! Not to mention the viral aspect to the advert being shared and retweeted online.

So what is the thought process to an image having more value in print than online? The value of anything is only what someone is prepared to pay for it? A poor quality photograph has less value than a good one. There is a reason us professionals are still in work. If you see an image and say ‘WOW!’ then the photographer has done his job. Equally, if an image makes you cry, laugh, get mad or moves you in some way then that image has value. To put little or no value on an image just because it is ‘only’ on the internet is nonsense! 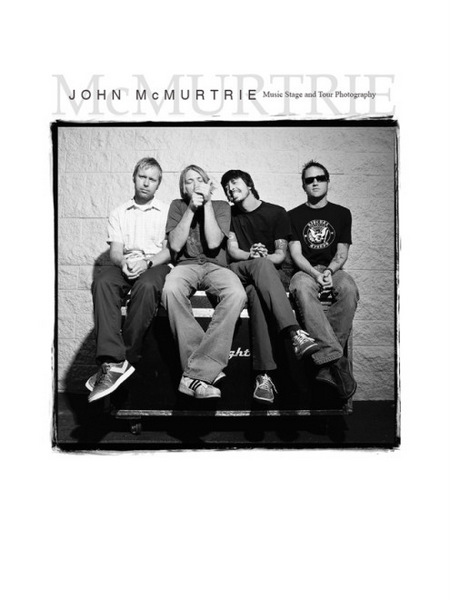 Thankfully the print editions of our newspapers and magazines are still surviving and some are even thriving. The New York Post recently concluded that exclusive content is key to success in the physical paper and the online editions. Good photography and great writing is what keeps readers and generates more traffic. That content will not exist unless us photographers protect the images we take and protect our employees faith in commissioning this new content. 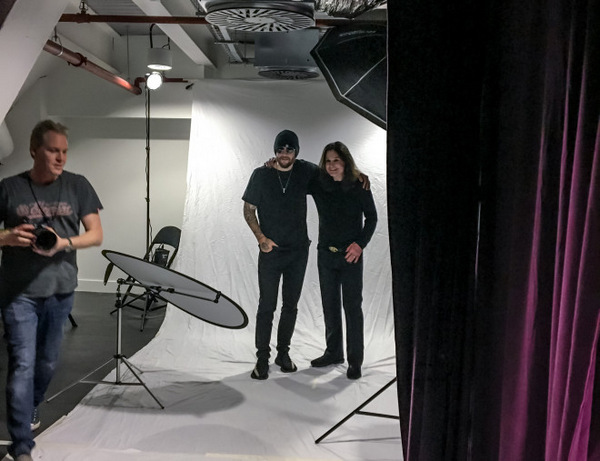 So I hate to be a dick, but if you are a commercial website and are using one of my images without permission, I will be in touch very soon! 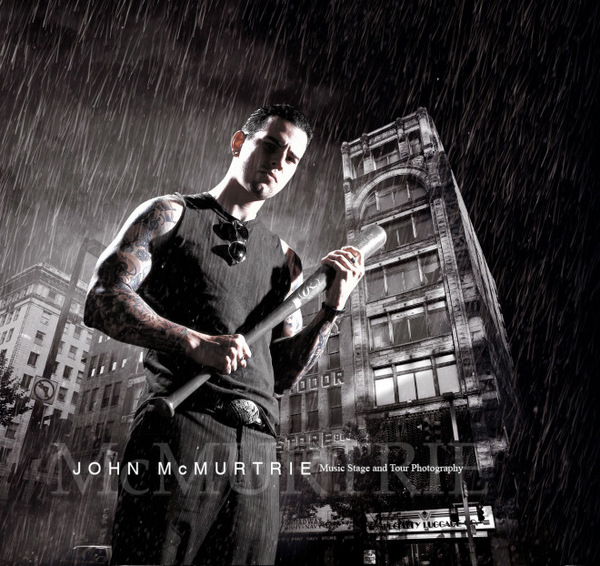 – John McMurtrie is an award-winning British music photographer. You can see more of his work here, or on his Instagram. His prints can be found here. This article was re-published with permission from here.