Profoto has announced the B1X, a more powerful on-location monolight with longer battery life and successor to the popular B1. It will be available in just over a week at some Australian retailers. 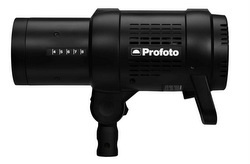 Profoto says the LED modelling light has 80 percent more light output and the battery holds 50 percent more power than the B1, giving it ‘the widest high speed sync (HSS) range available on any flash’.

‘B1 became the benchmark for on location flashes,’ Profoto says on its product page. ‘Now, the benchmark is about to be set again with the launch of the Profoto B1X. This isn’t an update, this is a significant replacement with improvements in three important areas; power, power and power.’

The modelling light is 24W LED, an output equivalent to 130W halogen. The battery can perform a total of 325 flashes at full power. And the HSS range goes up to 1/8000s with 9-stop power range, whereas the B1 offered 3-stop range.

Like the B1, this flash is for on-location photographers. It’s cordless, and has a large LED display, and is simple to use.