The fair use exception to copyright infringement has resulted in US photographer Lynn Goldsmith being preemptively sued by the Warhol Foundation, after she claimed Andy Warhol copied photos she captured of the late pop musician Prince in the ’80s. 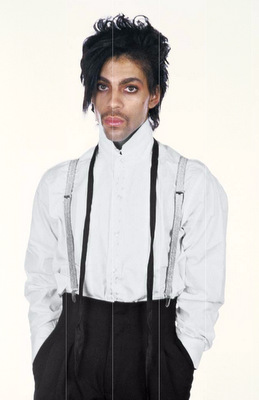 This photo by Goldsmith was used as inspiration by Warhol for 16 screen prints. Source: Artnet.

The photographer said she began negotiating an out-of-court settlement with the Warhol Foundation when the ‘preemptive strike’ legal proceedings were filed against her.

‘The issue at stake in this matter concerns whether a copyright owner’s rights can be trampled on in the name of fine art. I believe there is a limit to this type of taking and that Warhol overstepped the boundaries in this situation,’ Goldsmith told Artnet.

‘This lawsuit raises a simple question. Did Andy Warhol’s signature style of celebrity portraiture transform the underlying reference works that inspired him?’ he said, adding that Warhol’s reputation as a celebrated American artist answers the question.

Goldsmith’s Prince portrait was taken in 1981 while working on assignment for Newsweek. In 1984, Vanity Fair asked to use the photo ‘for an artist reference to create an illustration’ with payment and credit, but didn’t mention the artist was Warhol.

It wasn’t until Prince died last year, and images of him began flooding social media, that she first discovered Warhol’s 16 screenprints which resemble her photo, she says. The prints had been auctioned and sold, which overreached the licensing agreement with Vanity Fair.

The Warhol foundation accepts there’s some resemblance between the prints and the photo (more than they’d care to admit). 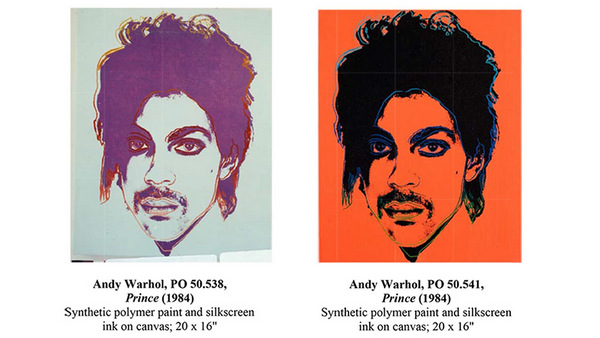 Two of the 16 screen prints by Andy Warhol, shown in the lawsuit.

It goes on, but it’s best to leave it there.

The Warhol Foundation described its unusual approach to file a lawsuit against the photographer as ‘a civil action to protect the works and legacy of Andy Warhol’ and ‘resolve the defendant’s baseless claims’. It’s seeking declaratory judgement, and retribution in the form of money, which includes the cost of the suit and attorneys’ fees.

The 30-page lawsuit insists Goldsmith knew about the works before Prince’s death last year, suggesting she would have reviewed the issue of Vanity Fair to ensure the magazine complied with its licensing terms, or seen the numerous auction sales, museum displays, or online repostings of the Prince series.

‘More than 30 years after one of Warhol’s Prince portraits appeared in Vanity Fair, Goldsmith claimed that she first learned about the Prince series in 2016 and attempted to shake down the foundation,’ the claim says.

Goldsmith is prepared to enter the legal arena, describing the action against her as a pre-emptive attempt to silence her and a ‘big guys picking on the little guys’ scenario.

‘They are trying to make me look like I’m just a money hungry seeker trying to take advantage of Warhol, when in fact I am only trying to protect my copyright,’ she said, adding the amount of money she asked to settle was ‘extremely modest’.

Fair use may soon be introduced to the Australian Copyright Act.

The Productivity Commission has argued for the cause for fair use, and the Federal Government and Parliament is expected to make a decision sometime this year.

A number of court cases in the US show fair use in action, and each time it fails to protect photographers. This is the first time that lawyers have sued a photographer threatening legal action against their (cashed-up) client.

Click here to view an animated GIF by Goldsmith showing a Prince screen print over her original image. (1MB)