Camera Electronic, Perth’s leading professional photographic outlet, celebrated the opening of its second showroom on Thursday, February 16, by inviting industry partners, staff, customers, as well as family and friends along to a party at the new Murray Street outlet. 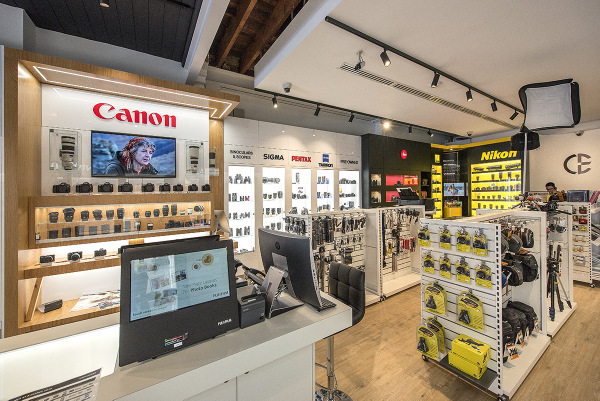 The Murray Street showroom, while aimed at enthusiasts, does have a few telephoto lenses on display ‘just to show customers we mean business’, Howard said. But the whole range can be found at the Stirling Street store. Photo: John Swainston.

Around 100 guests crammed inside the stylish new showroom, located on the corner of Murray and Queen Street in the heart of the city’s bustling CBD.

The new shop is aimed at camera enthusiasts, with a wide range of consumer-oriented products taking more space than high-end gear. Professional photographers can find all the tools of the trade, from Profoto lighting kits to Hasselblad medium format cameras, at the Stirling Street store, a larger space which now functions as head office.

The outlets are in close proximity, so running product from Stirling to Murray Street within the day for customers isn’t a problem. 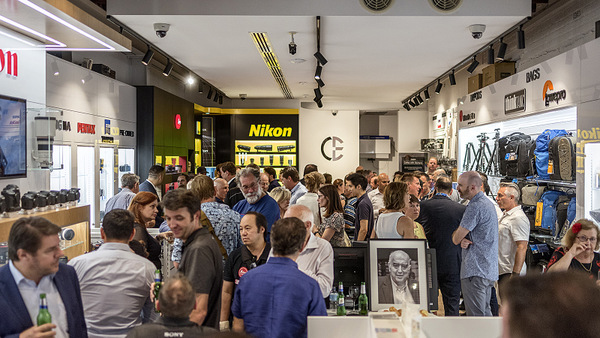 Thursday night at Murray Street. By Friday morning the aisles were wheeled back out and it was business as usual. Photo: John Swainston.

Howard and Saul Frank – directors of Camera Electronic made sure there was no shortage of food, wine, beer and other refreshments, and the ambience was informal and friendly. 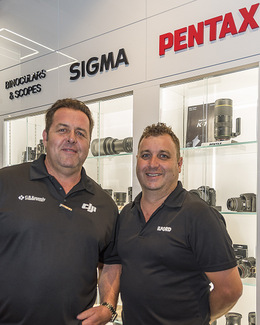 Speakers all highlighted the invaluable contribution Camera Electronic has made to the photo industry in Western Australia. From its humble beginnings in 1971 under the vision of the late Ron Frank (who sadly passed away just two months ago), the business has gone from strength-to-strength. Ron’s business fundamentals were superior product knowledge; excellent customer service; and fair dealing with customers, suppliers and staff. These tenets continued when Howard and Saul were handed the reins in 2008.

Domenic Papalia, a staff member of 30 years and manager of the Murray St store, was first to take the stage – or stepladder. Domenic has been with Camera Electronic through the ups-and-down, and could easily be mistaken as ‘the third Frank brother’. 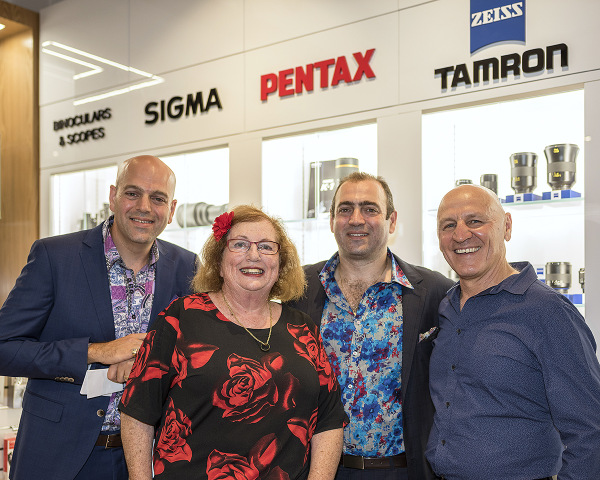 Next up was AIPP national president and former staff member Vittorio Natoli.

Vittorio delved into the long working relationship, which naturally shaped into friendships, he formed while working with the Frank family. 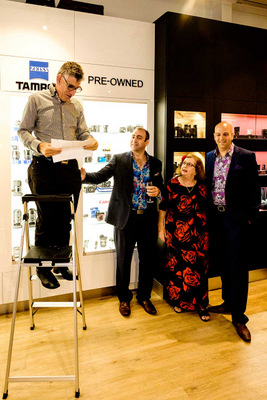 When he moved to Western Australia 27 years ago his first job was with Camera Electronic. Years later he opened his own camera retail store, and Ron provided assistance as a mentor – ‘mostly telling me everything that I wasn’t doing right!’

When Vittorio left photo retailing to open his wedding and portrait studio, Viva Photography, it was Saul who bought his leftover stock and equipment.

Next up was industry doyen, John Swainston, whose first of many dealings with Camera Electronic were almost 40 years ago as a supplier.

‘The business has adapted to all the changing markets. Photography, as a business, is not in the greatest shape right now,’ John said. ‘So as Vittorio said, it’s fantastic to see a new store opening – and in the CBD of this great city. After 46 years it’s a nationally recognised company and an important part of the national photo picture.’ 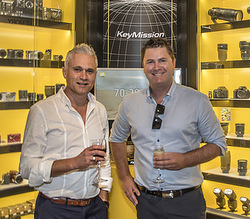 John concluded that Camera Electronic is ‘one of the great institutions of photography in Australia. I can confidently say that this is exactly the kind of business that anyone who is a supplier would want to be associated with’. (Although this wasn’t his initial impression after his first encounter with a brutally honest Ron!)

A testament to this was the number of reps in attendance from brands and distributors, many who came from interstate to attend.

The final speech was a double act by Howard and Saul, who explained that bringing everyone together wasn’t to just celebrate opening the new store, but to thank everyone who has been a part of the Camera Electronic story.

‘We believe that there is still a huge passion for photography. We have it, and so do our staff,’ they said, casually reeling off a list of staff members who had been with the business for 10 to 20 years. ‘We wanted to bring something that’s beautiful about photography into the city, and couldn’t have done it without the backing of our suppliers, all our staff, and everyone involved with us – a lot who are here this evening.’ 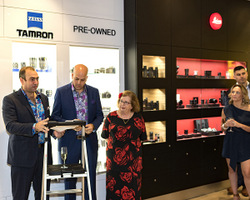 It’s a rare occurrence to have all those who were in attendance together in the same room, proving Camera Electronic has a rock-solid and loyal relationship with the industry it serves.

Store closures, disappearing distributors, and fiercely competitive major brands may dominate the industry narrative at times, but Camera Electronic is an exception. It tells an entirely different story, and a new chapter begins with the Murray Street showroom.

As those involved in photo retailing know only too well, the opening of a new store is a rare occurrence these days! In next week’s PhotoCounter we will focus on Camera Electronic’s new showcase from a retailing point of view.

One thought on “Camera Electronic lights up Perth CBD”