Australia’s ‘Uber of professional photography’, Snappr, which offers on-demand photography from $59, will expand into the US after scoring investment support from Silicon Valley-based venture capitalist firm, Y Combinator. 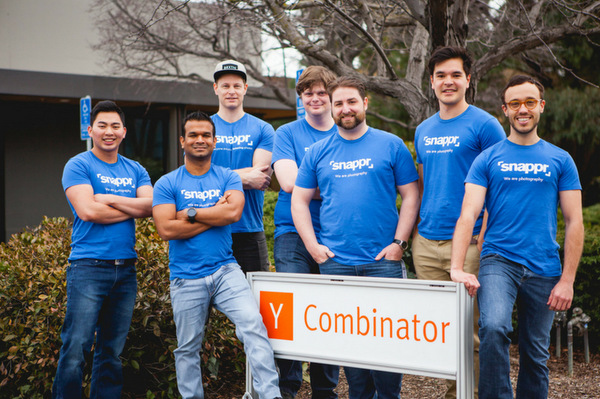 The Snappr team in the US. Source: StartUp Daily

Snappr will first launch in San Francisco and establish an office there, with plans to later roll out to other US cities and ultimately enter other markets including the UK.

Its hometown is Sydney, and Snappr is currently available in 10 Australian cities

The US$120,000 ($150,000) in investment funding provided by Y Combinator will help Snappr expand into new markets, but the firm offers start-ups like Snappr much more than financial investment.

Y Combinator is the world’s most successful start-up accelerator. Since 2005 it has funded over 1464 start-ups with an almost identical investment package. Over 10 start-ups which received investment support from Y Combinator are now worth over US$1 billion, including Dropbox, AirBnB, and Reddit.

The US$120,000 investment is in exchange for seven percent equity of the start-up business, which then moves to Silicon Valley for three months to be mentored by Y Combinator ‘to refine their pitch to investors’.

‘If you had your pick of any investor at this stage from the US, Y Combinator would be your number one,’ Matt Schiller, Snappr co-founder, told The Australian.

After the three month program, the firm remains as an advisor to the company.

The Sydney-based start-up offers photography packages from $59. It has a network of vetted photographers who are matched with clients seeking a photographer. A Snappr photographer receives an 80 percent cut, while the company takes 20 percent. Read more here.

Schiller’s business has been widely criticised by the local and international photo industry for devaluing professional photography by offering ‘cheap professionals’, who may be worth only as much as the price tag. An amateur armed with an entry level DSLR kit, for instance.

But Schiller argues that, by offering cheap photo services it’s tapping into a market which didn’t exist before. Those buying Snappr photos simply don’t have the budget for a traditional professional photographer.

And the photographers are vetted – apparently only five percent are accepted.

Schiller says photography is the second-most fragmented industry, with no major players, and believes the cost of hiring a pro is too high. It costs ‘thousands of dollars for a studio photographer’.

Snappr recently revealed it would become even more on-demand by offering shoots within an hour’s notice. A much tighter time frame than 24 hours, which was previously offered. Clients receive the photos a day after the shoot.

Schiller chose not to respond to ProCounter’s request for comment. (Must have been something we said!)