A US District Judge has dismissed photographer Carol Highsmith’s US$1 billion copyright claim against Getty Images, ruling in favour of the stock agency which argued it commercialised the photographer’s public domain images lawfully. 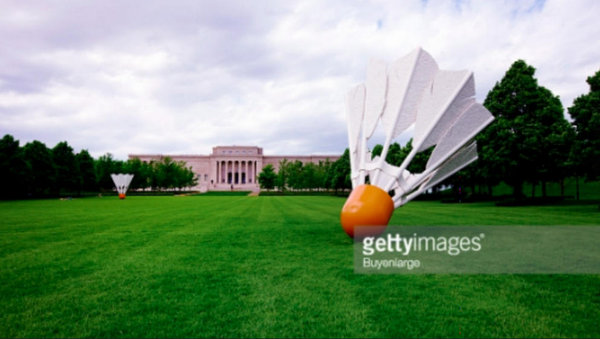 One of Highsmith’s photos, allegedly belonging to ‘Buyenlarge’. No longer available.

Highsmith sued Getty Images in July for violating the Digital Millennium Copyright Act rather than copyright infringement, and all these claims have been dismissed. Three minor State claims regarding deceptive business practices have been resolved with an undisclosed settlement.

Judge Jed S. Rakoff said he would issue a statement explaining the ruling ‘in due course’, and signed an order of ‘voluntary dismissal’ following the agreement to settle the case, PDN reports.

The photographer sued Getty for licensing her public domain photos, which she donated to the Library of Congress. She found out that Getty had over 18,000 photos available in its archive after she received a letter from the stock agency demanding payment for using one of her own photos. An ‘honest mistake’, Getty said, which uses an algorithm to comb the web for infringements and then sends a threatening letter to retrieve a fee.

Despite the photos belonging in the public domain, which opens them up to commercial use, Highsmith’s attorney argued that Getty falsely assumed ownership by selling licences to use the photos and not providing clear credit to the original source – Highsmith or the Library of Congress.

The stock agency countered this argument by saying it was selling its services, the cataloging and presentation of the images. It likened what it was doing to a publisher profiting from a Shakespeare play, which is in the public domain.

The judge was persuaded by Getty’s argument, resulting in a deflating end to what could have potentially been a ground-breaking copyright case benefiting creators.

An Australian perspective
Trove, a service run by the National Library of Australia (NLA) providing access to collections of public domain works, has 230,000 digitised images available.

Dr Marie-Louise Ayres, assistant director-general for National Collections Access at the NLA, told ProCounter that all pre-1955 photos in the library collection are public domain, except for a small number of cases where the photographer requested their work remain private. According to Ayres, ‘no, technically the creator does not have a say in how the (public domain) image is used.’

‘However, the Library encourages proper attribution, and draws users’ attention to copyright in relation to pictorial collections and to the concept of moral rights,’ she said. ‘The Library also asks that those intending to publish images from its collections – whether in or out of copyright – to let us know about their intention to publish. This provides an opportunity for the Library to provide advice on whether permission must be sought and/or how to correctly cite the item.’

There’s a pretty high chance that Getty – or the contributor of Highsmith’s photos, ‘Buyenlarge’ – didn’t inform the Library of Congress in the US. And in Australia, removing Highsmith’s credit in the photos could be found to be a breach of her moral rights.

New photos can be contributed to the NLA public archives via the Trove Flickr Pool. The uploader of the photo has the authority to decide how the photo can be used through Creative Commons – which didn’t exist when Highsmith donated her photos in the ’80s and ’90s.

Read the National and State Libraries of Australasia statement on public domain works.