A print of Max Dupain’s 1937 classic, Sunbaker, recently sold for a six figure sum in auction, smashing previous ‘secondary sale’ records by three times. Gael Newton, former curator at Art Gallery of NSW, declared the sale as ‘the most significant marker of the maturity of the appreciation of photographic arts in Australia’. 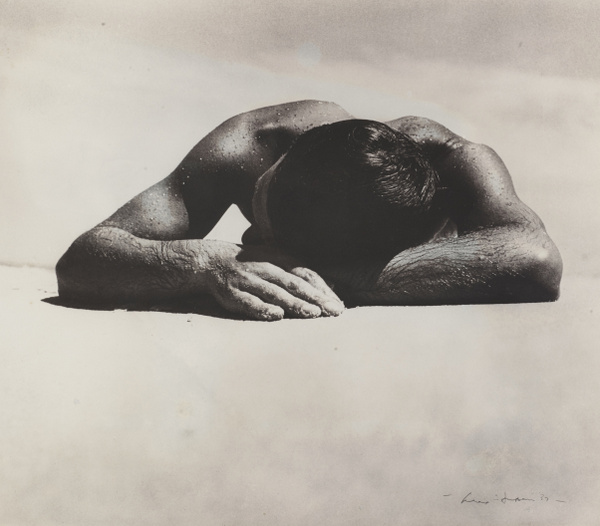 ‘This particular example of the Sunbaker is much larger than any others that have presented to the secondary market previously. This size format is incredibly rare – only a couple of images were produced in this format. This, combined with impeccable provenance accounts for the (high) price,’ Paul Sumner, Mossgreen chief executive, told ProCounter, calling the sale a watershed moment for Australian photography in auction. 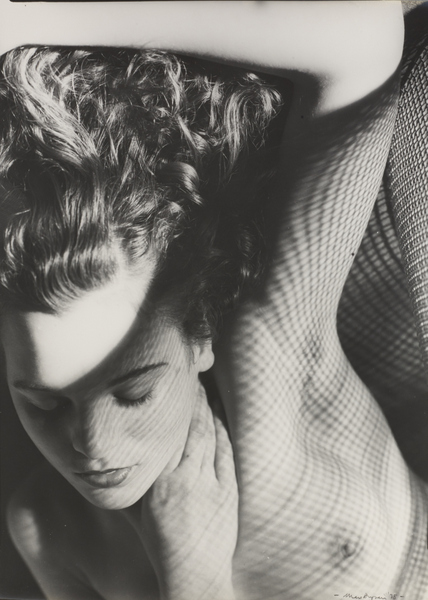 ‘(The) Beach series and early, rare vintage prints demanded the highest prices on the day. People either wanted recognisable or iconic images of Dupain or rare images,’ Sumner said.

Two photos, Tea Towel Trio 1934 ($23,560) and Solarised Nude with Rays of Light ($17,360), had never been seen, yet fell into the top 10 prices achieved on the day.
Sumner hailed the auction a roaring success, perhaps expected given Dupain’s iconic profile. (It was also high-profile as the first event at Mossgreen’s new Sydney venue).

It’s uncommon for an auction house specialising in fine art and antiques to host a photography-exclusive event consisting of 500 works. Even more uncommon is that all the works were produced by a single photographer.

The bigger numbers may mark the maturity of appreciation for Australian photography – but let’s hope it’s only hit puberty so far and there’s room for more development! 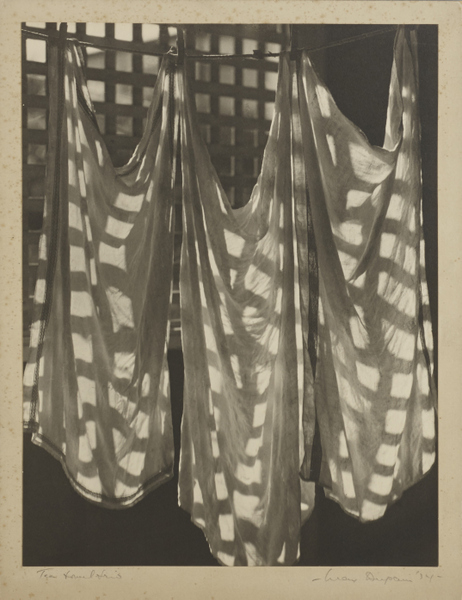 ‘The Sunbaker sale is great,’ Josef Lebovic, a Sydney-based photographic collector and dealer with 40 years experience, told ProCounter. But he’d like to see a broader range of Australian contemporary photography commanding similar prices.

‘Most of the photography sales in the secondary market go for under $20,000. I’d say about 80 percent is under,’ he said. ‘You can buy the best pieces of Australian photography within a price range that does not seem like phone numbers. Compare that and buy the best painting in Australian art. What would that cost you? A million, two million, five million?’

Many dealers, collectors and the public have a tendency to perceive fine art photo prints as ‘knocked out’ in large numbers, he said, and not as a standalone piece of art like a painting. But this perception is so wrong.

‘Each photograph has a printed process. They’re printed by hand – a craft not far from a painting or drawing. It took a multi-layer process of developing and creating things in different ways.

‘Even nowadays most photographers producing a fine art print for market make just enough for a show, not to run a whole edition. And before that they select only a tiny fraction of the photos they’ve taken. In some cases fewer photos become fine art prints compared to painters, who just stack them in the corner as they go.’

Lebovic points out that photography garners higher sales elsewhere in the world.

‘The market is reaffirming itself. It always been there, but there’s high points like auctions or events where people realise its value and it gains interest,’ he said. ‘In Australia it’s growing but it’s nowhere near the depth, or holding the following as you see in America or England. Over there the most expensive photo sells for one or two million – or more.’

Look no further than recent Sotheby’s auctions to find photography in London and New York grossing hundreds of thousands to millions of dollars.

Events like the Dupain auction; The Art Gallery of NSW ‘Photograph and Australia’ exhibition in 2015 showcasing a huge collection photography; festivals like Head On and BIFB, as well as galleries exhibiting photography routinely throughout the year; and museums outside Australia obtaining a collection of local photography (see below) are factors that ‘reaffirm the market’, Lebovic explained.

But it happens in fits and starts, and just when art collectors, dealers and the public begin to discover the value of photography, the effects of the event wears off, Lebovic said. This is a reason why Australian photography falls short, both in the local secondary fine art market and the international secondary photography market. He has further observations regarding this, but that’s a story for another day. (Stay tuned!)

June has been a hot month for Australian contemporary photography, but there’s a longer road ahead for it to stand strong as a valued art form level with other mediums. Cracking open the champagne may be an early call.

‘There is no question that Australian photography can compete in the global market.  It rightfully deserves a place within the larger story of contemporary photography and the (San Diego) Museum of Photographic Arts is ideally situated–physically and conceptually to be the ideal venue to promote this work,’ Deborah Klochko, MOPA executive director, told ProCounter. ‘California is much closer to Australia than the East Coast and Europe.

‘What is fascinating is that the history of Australian photography is not well known outside of the country and I believe people will be very interested to discover the history along with the dynamic art photography being created.’

MOPA was given 24 contemporary photographs from donors Peter and Olivia Farrell, and 100 photo books and catalogues from Lebovic. 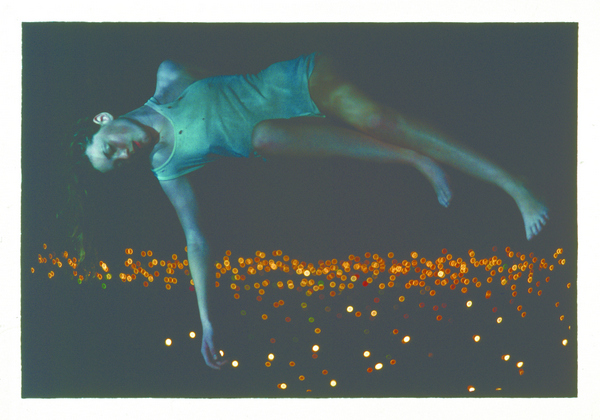 Peter Farrell, a San Diego resident originally from Australia, said the collection represents excellent examples of past and contemporary Australian photographers. And Klochko views the donation as an opportunity to purchase additional works.

An exhibition and photo book is planned for 2018, and the MOPA website will house a ‘virtual museum’, with interviews of artists, curators and collectors relevant to Australian photography. 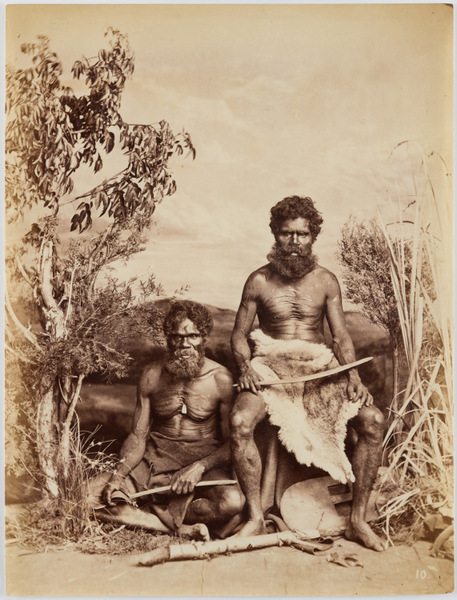 Over the next couple years she will be visiting Australia to expand this collection and prepare to make this all happen.

‘August will be the first of several visits. There is a lot to learn and I am eager start meeting the artists,and visiting the galleries,’ she said. ‘This trip is about looking, understanding and more clearly defining the collecting strategies.’ 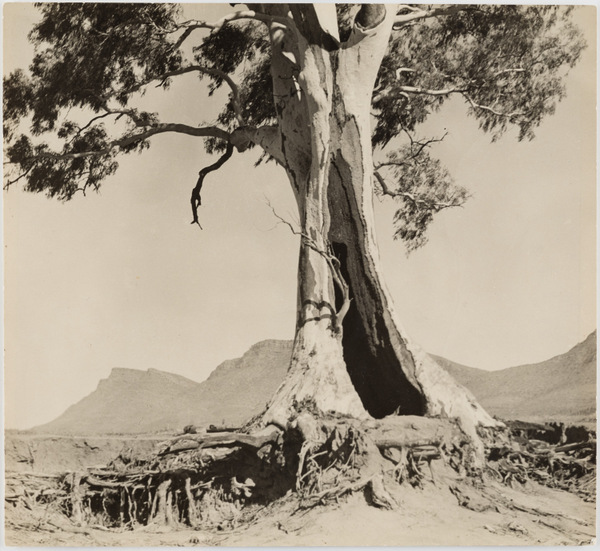