While securing sponsors becomes tougher each year, the Head On Photo Festival triumphantly returned to Sydney last month, splashing exhibitions all over the city’s walls. 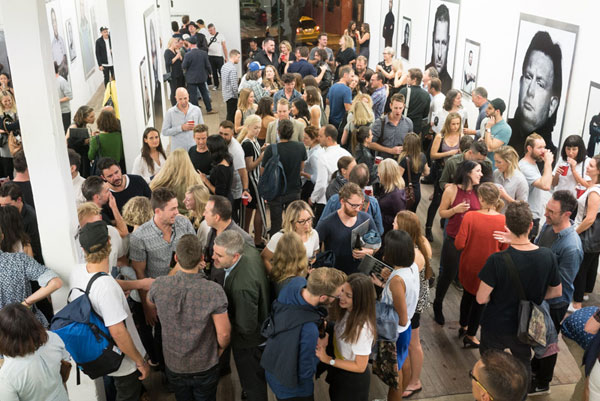 Success was particularly sweet this year after Head On was excluded from being a component of VIVID due to Canon apparently enforcing its exclusive sponsorship rights against the not-for-profit, largely volunteer organisation.

Totally under its own steam, the cultural event showcased hundreds of exhibitions which featured 877 photographers’ work across 93 spaces – all on a shoestring budget.

With public and private installations Moshe Rosenzveig estimates the festival’s audience soared into the millions, exposing photography from emerging and established Australian photographers to the general public.

It began as a portrait competition in 2004, a response to the discontinued Citigroup Private Bank Australian Photographic Portraiture Prize (known as the Photographic Archibald Portrait Prize) which rewarded photographers with a profile and celebrity subject.

‘We changed the scene,’ Moshe explained to ProCounter. ‘From having pretty much one major photography competition in Australia that was all about celebrities and well-known established photographers – we provided opportunities for many different types of photographers to show their work.’

A turning point for Head On was in 2009, when it moved to online submissions and ran a series of workshops.

It was a massive hit. The Chauvel theatre in Sydney hit the 350-seat capacity limit and people were turned away. It was obvious to Moshe there was room for a much larger photography event beyond the competition.

In the beginning only three or four venues regularly displayed photography throughout the year – now over 90 venues want to be a part of Head On – and just as many exhibit photography outside the festival program. This is what he means by ‘changing the scene’. 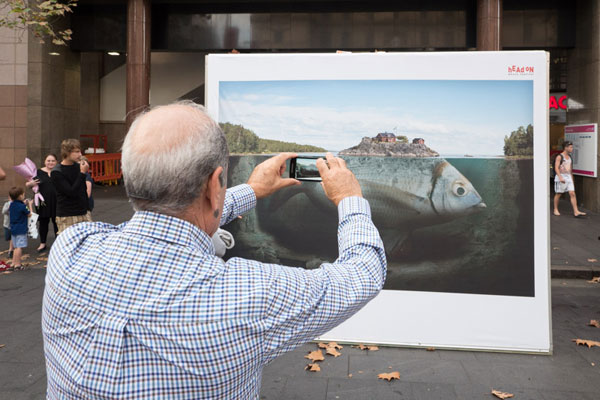 The festival took to the streets, with installations in public areas like George Street. Photo: Moshe Rosenzveig. Source: Supplied.

‘The idea was to show photography that mattered. Valuable stuff. We try to show photography that has relevance to a wider circle of people,’ he said. ‘Especially from emerging artists, to help grow and develop their skills and vision. So beyond the major shows in Head On there are many other exhibitions crucial to us which may be considered “less polished”. Providing a platform and showing the work to the larger community is just as important to us.’

This has been the core philosophy of Head On from the beginning – to promote, encourage excellence, and provide opportunities to photographers, no matter what their career status may be.

With over a decade of steering Head On forward despite support vanishing from major companies – and zero government funding – Moshe and the Head On Foundation have become astonishingly efficient.

Turning global heads onto Australian photography
The festival has had a presence on the international photo festival circuit. It displayed Australian photography to audiences in New York, France and Europe, India, China, Auckland. In economic terms, it’s exporting Australian art, and creating awareness and opportunities for local photographers both here and abroad.

Yet Head On receives zilch from government arts funding.

‘We [Head On Photo Festival] with modest contributions from the artists, pay for it all, from printing to shipping work overseas. We don’t get any support from the Australia Council for the Arts or Arts NSW,’ Moshe said. ‘Most of the funding is raised through the Head On Awards. All of that goes back into the festival which is run by a non-profit organisation that operates on a shoestring. Our small full-time team is paid next to nothing and we rely on volunteers to maintain the festival.’ 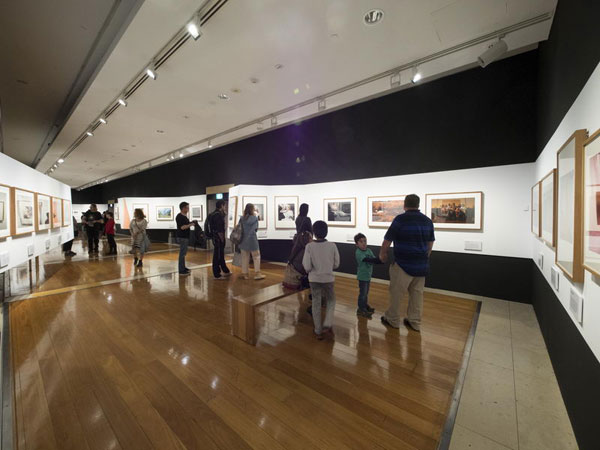 An exhibition at the Museum of Sydney. Photo: Moshe Rosenzveig. Source: Supplied.

It’s disappointing but not surprising to hear that Head On receives no support from the Australia Council and Arts NSW. The only two photography-based organisations which received Australia Council funding, CCP in Melbourne and ACP in Sydney, had it withdrawn this year.

However arts funding is crucial for the festival. How else can it bring 25 international photo artists to Sydney for workshops and exhibitions? Fortunately – you might even say ironically – overseas consulates foot the majority of these bills. Australia is drastically falling behind in funding worthy arts organisations like Head On, as well as others.

A few drops during industry drought
Head On’s altruistic approach requires support from the photographic community. There’s no big money changing hands. If there was it probably wouldn’t have survived for this long.

And this year, as a first for Head On, three major camera manufacturers – Fujifilm, Olympus and Panasonic – are all on board as partners. 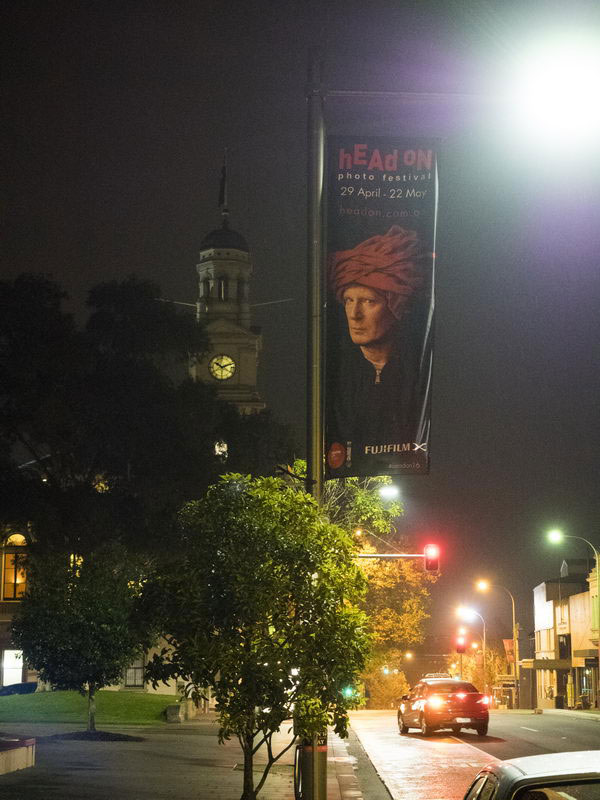 ‘We use to work with one brand which demanded exclusivity. This year we managed to have three major brands working with us,’ Moshe said. ‘The whole idea of the festival is a celebration of photography and I’ve been working really hard for years to have these players stand together and enjoy it – not feel threatened by each other.

‘Having smaller contributions from more industry players is better for everyone. Everyone in the industry, not just professional photographers, will benefit from it. More cameras will be sold, more printers, more ink, more bags, more everything. They’ll be more visible to the general public, who for the moment, can see predominantly one company in front of them.’

Canon fires into the gut of the industry
‘We worked with Canon Australia closely for many years and they eventually moved on to something else,’ Moshe said when ProCounter asked about Canon’s involvement.

Canon is a major sponsor of VIVID 2016, the huge arts, technology, and outdoor lighting festival currently taking place in Sydney. While the festival is ostensibly privately run, it’s fat with government funds – run under the statutory authority of Destination NSW, which is controlled and funded by the NSW government. Securing that sponsorship would have cost an arm and a leg.

‘We were told we could not participate in VIVID because we did not work with Canon – even though we’re not a camera manufacturer and pose no threat to Canon,’ Moshe said.

If this is the case it seems that a commercial entity is dictating the cultural agenda to public institutions at the detriment of the general public, which has fewer opportunities to engage with a variety of photographic and other artistic events.

Despite Canon’s aggressive marketing tactics and heavy-handed approach, impacted companies and industry organisations remain largely silent – perhaps fearful of being dubbed anti-business or anti-industry, or simply getting on the wrong side of the largest entity in what is a small industry.

But the trend is firming. Canon has walked from IDEA, dropped its sponsorship of the APPAs, and no longer takes part in industry events such as The Digital Show. Comments from people close to events such as Head On, the Ballarat Foto Bienalle and the now defunct Foto Freo festival indicate that what they are getting from Canon is a long way from support.

Then in its business operations it competes aggressively with its customers via its online store, Sun Studios and Canon Academy, and competes with labs via its PhotoPICO business.

For Moshe, he’s accepted ‘that’s just Canon’ and hopes other manufacturers will avoid following the market leaders’ example. The industry he envisages works together on multiple levels, despite competing each other in the market.

‘I hope we can build on the relationships we’ve made in the last few years and especially the last year. Companies like Fujifilm, Olympus, Panasonic, Ilford, DES, Camera House, Teds, L&P and industry organisations like AIPP: these are all very valuable partners that I’d love to see staying for a long time. They should feel comfortable to interact and collaborate. We can all benefit from the exposure of events like Head On Photo Festival and experience the joy and opportunities the festival gives to so many people.’ 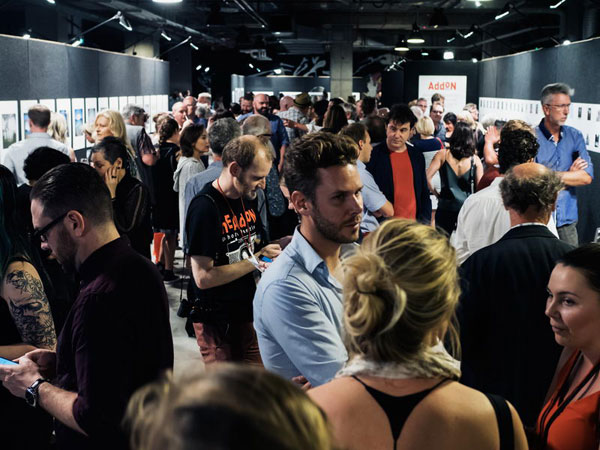 The selection process
Roughly 400 photographers enter exhibition submissions, and a selection committee of eight, made up of gallery owners; pictures editors; and photographers of varying backgrounds, decide what enters the festival.

Like the Head On Awards, the artist’s names and reputations are withheld to ensure there’s no bias and everyone has equal chance.

‘The trickiest bit is then allocating exhibitions to galleries and venues. For some exhibitions – our featured shows – we handle most of the work and have heavy involvement in the entire process,’ Moshe explained. ‘This is relatively easy, we know the venue and what will fit in specific spaces. But for the others we have a less hands-on approach. People may produce their own show with little assistance from us. 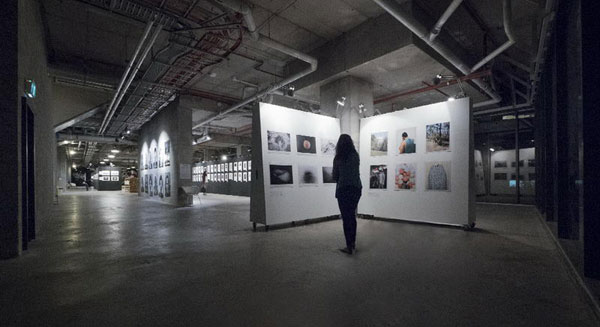 ‘Some galleries are interested in certain kinds of works, some are interested in sales, others don’t care and just love showing photography and sales are a bonus. Some venues have lots of traffic others have reputation, and many venues are looking for visibility.’

However a handful of exhibitions bypass the selection process.

‘Last year in New York I met Ron Haviv, founder of VII agency, at a festival where we exhibited the Head On Awards. Knowing his work I invited him to exhibit at this year’s festival and run a workshop,’ Moshe said. ‘The odd one circumvents the system, in a way, such as in this case. But usually we try to keep it tightly managed so everyone has an equal chance to get in. The whole idea of the festival is that it gives a chance to everyone to exhibit.’

Moshe heads to Arles Photo Festival (Les Rencontres d’Arles) in France next week to participate in the portfolio reviews. Many exhibitions will be shown to him, some which will be brought to Head On Photo Festival next year.