The Australian Institute of Professional Photography’s role, as the peak body representing professional photographers, has been broadening its scope over the past several years. 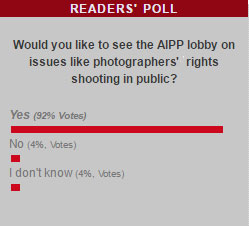 With commercial/advertising and schools photographer groups included it is now the ‘membership organisation of choice’ for professional photographers and as well as advocating for ‘excellence in image making’, and playing a role fighting for the collective rights of those in the industry.

A recent ProCounter Reader’s Poll (right) revealed over 90 percent of respondents would like to see the AIPP lobby for issues affecting photographers, indicating that at least some photographers don’t think it served this purpose as well as it might. The issue prompting the poll was the right to shoot in public locations, after iconic landscape photographer Ken Duncan was harassed for taking photos in a Sydney park.

Given the platform Ken Duncan created, the AIPP was not particularly vocal – and not even unequivocal – in defending photographers dealing with ‘public places’ issues.

‘With the recent experience of Ken Duncan, an AIPP member, it highlights the need for a measured and objective approach to negotiate with the three tiers of government within Australia as access to public space and security becomes more of a focus,’ Peter Myers, AIPP executive officer, told ProCounter. ‘Many of the locations fall under different management bodies in different states, Local councils control some public space, state and federal governments control other environments simply put there is no one authority to approach.

‘It is a huge task that comes with a big price tag, more than the AIPP has the financial legs to address. We can and we will continue to work and protect photographer’s rights, but every working photographer has a joint responsibility to support such an effort.’

He seems to be saying ‘hey, we can’t do everything’. However the AIPP does have a solid financial base and some members who have spoken to ProCounter off the record seem to feel that more could be done in the areas of lobbying and advocacy.

For instance there has been a series of stories hitting the press and television current affairs programs lately about rogue photographers ripping off customers, harassing models, or otherwise behaving unprofessionally. Peter said when these stories emerge, the AIPP does highlight the value of its accreditation system and choosing a photographer who is an AIPP member, but sadly, most people only remember the sensationalist story!

Peter (right) points out that besides himself and a small group of staff, the AIPP consists of volunteer members who offer their time to work in areas ‘where they think they can have the most impact, developing and bettering the profession of photography here in Australia’.

The AIPP has a staff of six listed on its website, but no PR/Corporate Affairs-type role has been created. This reflects on the direction the AIPP has chosen to take.

Nonetheless a small active group within the organisation currently focuses on lobbying and has made several submissions to state and federal governments on several key issues – usually in conjunction with Arts Law and Viscopy.

Peter explained that from the outside looking in, it may not appear the AIPP spends much time or resources going in to bat for photographers, but there are several examples in the past two years where it clearly has.

So, what has the AIPP done for you lately?
Critics of the AIPP often suggest the organisation does little more than organise the Australian Professional Photography Awards and more recently The Event.

But this ignores efforts of people like AIPP volunteer Eric Victor, who along with a Special Interest Group (SIG), demonstrated to Australian Tax Office (ATO) representatives how camera gear is used by photographers.

The point of these meetings was to amend the professional photographer’s ‘Depreciation Schedule’ for equipment, which estimated a camera’s lifespan at around 10 – 12 years (among the gear listed was quarter plate cameras). Since amending these rules in July 2015, a camera lifespan is now a more realistic three to four years – and quarter plate cameras have been removed from the equation!

Chris Shain, AIPP board advisor on advocacy, may also take issue with such an opinion of the AIPP, given his significant voluntary advocacy efforts to both state and federal governments.

The NSW Legislative Council Standing Committee on Law and Justice is currently considering a ‘statutory cause of action for serious invasion of privacy’. The decision is whether or not laws providing individuals a ‘reasonable expectation of privacy’ should be introduced. An issue which became of greater interest since the almighty internet provided a platform which has changed the ‘individual privacy’ game.

In doing so the committee reviewed the recommendations from a 2014 Australian Law Reform Commission (ALRC) report and spoke with a pool of organisations potentially involved or affected by new legislation including the AIPP, as a photographer’s main tool is essentially a surveillance device.

Peter said that late last year Chris was asked to ‘present directly to the standing committee on privacy to the NSW Government on behalf of the AIPP ‘.

It’s over to the NSW government to consider what direction it will take – a response is expected by September.

(Not so) Fair Use
But by far one of the AIPP’s finest moments as the photographer’s advocate was its involvement in the ALRC 2014 inquiry ‘Copyright and the Digital Economy’.

The final report took 18-months to draft and had 109 consultations and 870 submissions from businesses, organisations, and individuals.

Any change to copyright law will affect a photographer’s business and with this in mind the AIPP, primarily through Chris, a former director of the Australian Copyright Council, made three submissions. It was the only dedicated photography organisation to do so at the time.

‘The AIPP were one of the few professional bodies to be given the opportunity to meet with the review Commissioner and her council to present the case of the working professional photographer,’ Peter said.

The AIPP submissions blasted the prospect of introducing a ‘Fair Use’ defence in copyright.

By today’s law it would allow artists to infringe another’s copyright for any purpose so long as the end work is ‘transformative’. US art appropriator Richard Prince, considered by most as a copyright thief, has made a fortune from this defence since it was introduced years ago in America. 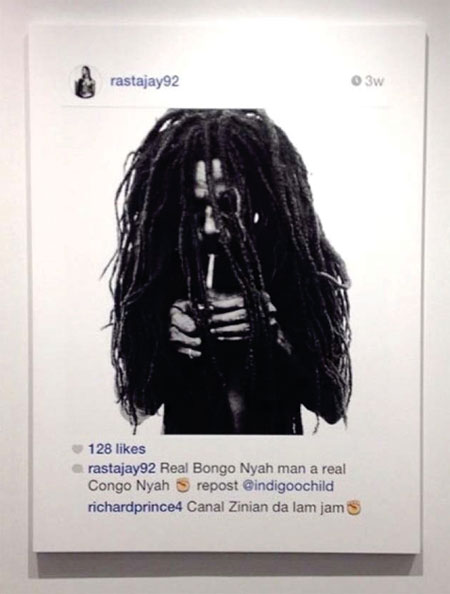 As a defence it’s open to plenty of courtroom interpretation and is confoundingly ambiguous compared to the current clear copyright law.

ProCounter has covered this in some detail, but it has been a while so here’s an update!

Despite the AIPP’s submissions the ALRC final report recommended the introduction of Fair Use – likely because well-funded organisations and corporations campaigning for Fair Use made much more noise.

For instance, in the US Google used Fair Use to defend itself after a lawsuit was filed because of Google Books. Without gaining permission from authors it scans exerts of books and uploads to a digital archive, but hey it’s Fair Use! 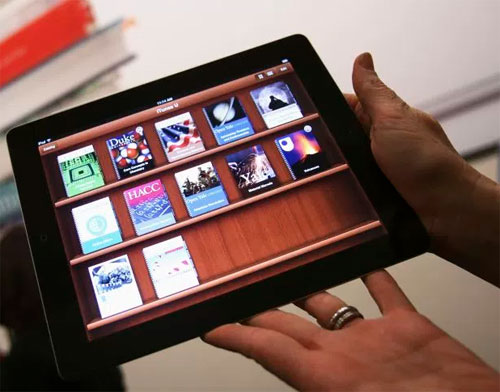 Google has been vocal in Australia about how fantastic it would be for our economy if such a defence was introduced.

The Federal Government launched a Productivity Commission enquiry which is set to report in April regarding the prospect of introducing Fair Use.

‘There is no firm evidence supporting a direct causational relationship between fair use and improved economic outcomes for the Australian economy as a whole,’ it said, concluding: ‘given the underlying drivers of the content creation market, it is likely that a transition to fair use will create disincentives to create new original copyright works.’

The report warns that introducing a new exception to copyright law could cause a $1.3bn hit to the economy.

‘Why would a government jeopardise our industry and may others that rely on clear and unambiguous copyright protections without a demand or need for change and where the risk of getting it wrong is so great?’ wrote Simon Bush, chief executive of the Australian Home Entertainment Distributors Association and a director of Creative Content Australia.

He concluded that Fair Use merely creates a field day for lawyers as more hours are clocked from the rising numbers of copyright cases. And courtrooms will sit through long, tedious interpretations of artistic transformation – a fairly odd topic for the judiciary to tackle.

The AIPP is still working on this front. ‘Even now we are broaching the required funding for further advocacy direct to Canberra as more pressure is put on government for fair use of images by the larger corporates and the very important issue of privacy which could severely impact our industry,’ Peter said.

As noted, we’ll hear from the Productivity Commission on this sometime this month.

While these examples aren’t the full list of instances where the AIPP has fought for photographers, they are the ones that Peter noted to ProCounter.

He concluded by saying that these examples are done for the better of the industry and at a cost that AIPP members bear. He said that every working photographer needs to consider if they are willing to support the AIPP with these initiatives.

He concluded that: ‘being a “professional” is more than earning a living from photography, it’s also about supporting the industry and ensuring it has a viable future for those who follow.’

It’s up to professional photographers to decide whether this is or isn’t enough advocacy.

How do you think the AIPP rates in ‘going into bat’ for professional photographers. We encourage you to have you say below in our Readers Comments section. You can be assured your input will be read at ‘AIPP Central’!