From the very beginning the Ballarat International Foto Biennale founder, Jeff Moorfoot, envisaged an international festival of photography in regional Victoria. The festival’s 2005 debut in Daylesford was ambitious and managed to usher international photography into the picturesque town for an entire month. 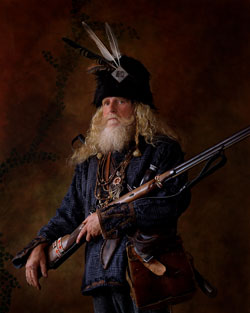 Here’s Jeff in his favourite Sunday outfit. Photo taken by David Williams, who is part of this year’s Core Program.

Since then Jeff (left) and his team have only improved their operations and the festival now has the appearance of a well-oiled machine, rather than ‘running on the fumes of an oily rag’.

The master photographer explained to ProCounter that from the get-go he dreamed big, intending to make it an international festival for photography, and not merely a community or even a state-wide event.

After Jeff built his home in Lyonville, he noticed the neighbouring town of Daylesford had the ideal tourist infrastructure to hold the event, as well as housing a strong arts community. And it was nice and close to home.

He ran it past a local photography group, his next door neighbour, and the Hepburn Shire Mayor, who all fiercely supported the idea – so he set out to make it a thing.

‘I thought “this is going to be easy”, but it wasn’t and all went down hill from there,’ Jeff said.

While the Hepburn Shire offered lots of encouragement, it didn’t offer much of the kind of support that makes running an event simple. For instance, a few bucks wouldn’t have gone astray! Even Jeff’s neighbour offered more financial support than the Shire! 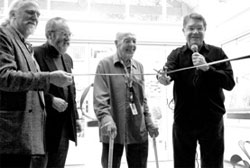 However lack of money was only an obstacle, and ‘running on the fumes of an oily rag’ the first festival was a minor triumph thanks to the heroic efforts of a small but dedicated team. Scrambling with what little budget was available, the second edition two years later spread from Daylesford to all the neighbouring towns in the Hepburn Shire.

Yet still no real support came from the local shire or businesses – and precious little from the photo industry itself –  and Jeff considered folding the whole event. It was sucking up a lot of time, effort and, well, life. But that lack of support was really a blessing in disguise.

‘Then the City of Ballarat came to us and said “what would it take to bring the festival to Ballarat?”. By this stage we had kind of outgrown the capacity of Daylesford  to host the event,’ he said.

In preparation for the third edition, Jeff successfully applied to become a member of the ‘Festival of Light’. An unfortunate name, he says, but the organisation represents 24 photography festivals around the world, including FotoFest in Houston and Voies Off in Arles, France – on which he originally modelled BIFB.

One may wonder why Jeff would throw a photo festival in regional Victoria, when just over an hours drive is an entire city with a population of four million that doesn’t have anything that resembles BIFB. It begs to question, why not through it there?

‘We often wonder if we would be better off if we moved the whole thing to Melbourne,’ Jeff explained. ‘But one of the attractions is that you’re a big event in a small town – even for Ballarat. We’re the one event there, we’re not trying to cut through a dozen other different events. And in terms of marketing it’s a lot easier to establish a profile when you’re a big fish in a small pond rather than a small fish in a big pond.’

So it was shifted to Ballarat in 2009 and was no longer the Daylesford Foto Biennale. The festival garnered greater support from Ballarat’s local council and businesses than the ‘we’re right behind ya’ Hepburn district, and from there on it has grown organically. 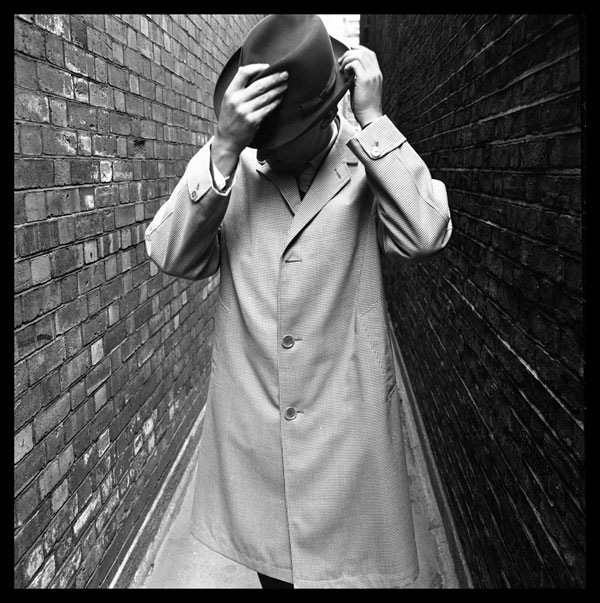 In 2011 Brian Duffy was a part of the festival’s Core Program.

This year BIFB will showcase over 200 exhibitions and installations across more than 80 venues – not a dramatic increase from the 2013 festival, but ‘the formula appears to work, and I’m a big fan of “if it ain’t broke, don’t fix it”. So long as our audience continues to grow I figure we must be doing something right,’ Jeff said.

The master photographer describes himself as a ‘bit of a maverick’ and if he was motivated by financial success he’d probably still be a commercial photographer, and certainly wouldn’t be organising BIFB.

‘I live a fairly modest lifestyle, but photography has given me a lot in terms of personal satisfaction and friendships – this is why I do it,’ he said. ‘We’re very much about promoting Australian photography to the rest of the world, despite it being an “international festival” in Australia. Last year I took a show from Ballarat to Pingyao, China’s biggest photo festival and that work was exposed at a festival that attracts half a million people.’

The Core Program of the Biennale is always the major drawcard for attendees – it’s what makes the festival ‘international’ by inviting 24 internationally-acclaimed artists to exhibit. Each of these shows is held at one of seven heritage-listed buildings across Ballarat. 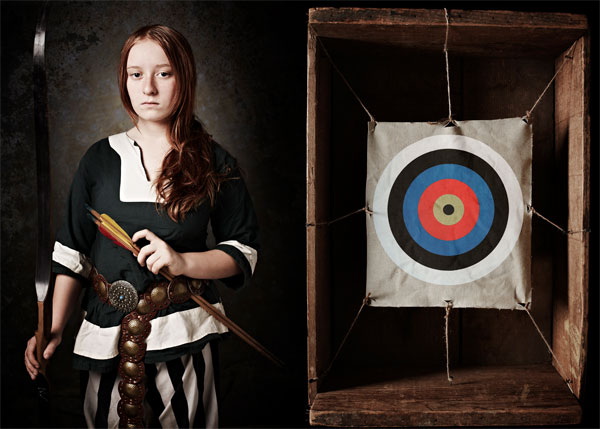 However the Fringe Program is pretty much open entry, and has an egalitarian feel. Photographers of all styles and credentials – from students to professionals – will be exhibited across a plethora of sometimes quirky venues. It allows the festival to truly offer a smorgasboard of photography.

The way the program works means BIFB organisers have little involvement in what’s on show. Venues owners offer their space to exhibit a show, and those spaces are then photographed. Artists interested in putting together an exhibition download a kit with venue information including pictures of the available space, and then negotiate direct with the venue.

Basically anyone that can put a show together, impress the venue, and pay a registration fee becomes part of the festival. The punk ethic as applied to photography.

‘The core program – people have expectations that it’ll be good photography but not necessarily what everyone likes,’ Jeff said.  ‘Because the fringe is so eclectic it’s like a voyage of discovery. I find that interesting myself, and I won’t see any of those shows until the festival actually opens. This year I’ll go round and see every fringe show and find out who I’ll invite to be in the Core Program in 2017.’ 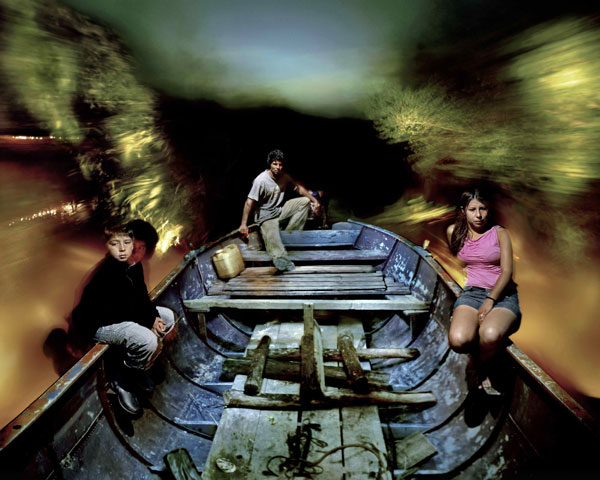 Dark Passage by Alejandro C will be one of the photos hung at the Ballarat Mining Exchange building this year, as part of the Core Program.

Industry jumps on board – at last!
Behind the scenes there is the equivalent of two full-time staff, a handful more part-timers and a whole bunch of volunteers stitching the festival together.

The budget is always a little smaller than what it could be, and Jeff has learned to deal with this. However he says he’s thrilled that this year he’s seen more support from the photographic industry.

‘It’s only probably this festival were they (the photo industry) started to stand up and take notice,’ he said. ‘We still don’t get a lot of industry support, but I’m really thrilled with the support we got from the labs this festival. They’re printing shows for us this year. Our good mates at Kodak have almost always supplied the paper for us, which has been cool.

‘In terms of the big players, they still shun us – there’s money elsewhere. We do have Nikon on board this year – I guess these things are all about building relationships, and the more often we do it the more professional we’ll run things.’

This year the Victorian branch of the AIPP is also sponsoring the workshop program. Talks began of the Institute chartering a bus from Melbourne to bring members to the festival, but that’s as far as it went.

And while Jeff welcomes more industry support (and would have welcomed it the leaner years!), he has no real expectations. He understands there may be little perceived return for a brand or organisation supporting the festival – and that’s that.

However this has worked to be a strength of BIFB. The audience has grown primarily by word of mouth. There’s no huge marketing budgets or full-page ads appearing in all the photo magazines. The right audience is attending for the right reasons.

Corporate sponsors haven’t overreached and become a distraction from what the organically grown festival is about: To promote photography in all its forms, and present photography from around the world to Australia, and Australia to the world.

– ProCounter is a proud supporter of BIFB.