Pop star Taylor Swift and her management have released a new photo contract for her live shows, which allows photographers and their organisations to publish photos more than once for new/editorial purposes. And they don’t have to worry about having their cameras smashed. 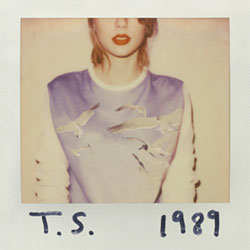 The US National Press Photographers Association (NPPA) took this one onboard, with the organisations general legal counsel, Mickey Osterreicher, leading the charge.

He contacted Swift’s public relations team which ‘made it known that they were open to discussions.’

The new contract supported by the NPPA as well as Associated Press, the Associated Press Managing Editors, the Society for Professional Journalists, and many others, states that:

‘Any photos taken by you will only be used by the organisation you represent and its website for news and information/editorial purposes, and you will not use the photographs for any commercial purpose unless you receive prior written permission from us.’

‘If you have taken photographs beyond the rules of this agreement while at the concert, you may be asked to delete those images’.

Further to this is the contract reads less like a set of demands coming from a red-faced army drill sergeant and is worded in a friendlier way – for a contract, at least.

‘We certainly hope you enjoy your experience at The 1989 World Tour. Please let us know if there are any questions or concerns that we can address during your visit with us,’ the contract concludes. 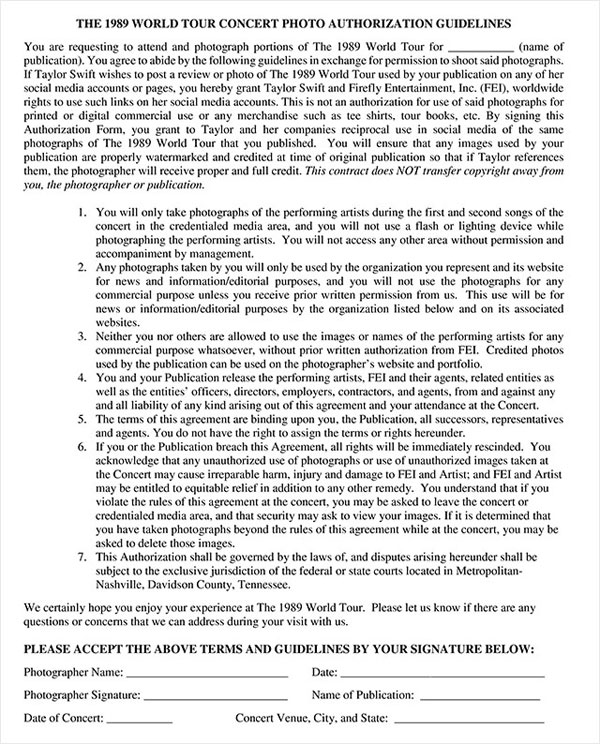 ‘After taking the time to hear our concerns regarding her world tour photography guidelines agreement, the news and professional associations and Taylor’s team are very pleased to have been able to work together for a revised agreement that is fair to everyone involved.’

It didn’t initially look like Team Tayor would budge and review the photo contract after they defended it to the BBC.

However, kinks in the armour began appearing as live music photographers and representing organisations protested the strict contract.

The NPPA says that The New York Times photographer Ben Sklar received VIP treatment from Swift’s management when covering a concert in Louisiana by not subjecting him to sign the contract. And The Washington Post also pulled a few strings to have the photo contract amended to suit them.

While all this happened quietly – newspapers from Ireland, Canada and the US all loudly boycotted photographing Swift’s upcoming shows. And several papers from Canada, and a Washington arts paper also boycotted rock band, Foo Fighters, concert for similar reasons.