Could this be the start of a domino effect?

A photo from the Foo Fighters gig at the Robert F. Kennedy Memorial Stadium that was run in the online edition of Washington City Paper. It looks like it was crowdsourced but the watermark in the bottom right corner is not clear to identify the author. Source: Washington City Paper

The Washington City Paper has announced it will reject the photo contract issued by rock back Foo Fighter’s management, stating it is ‘exploitation of photographers, pure and simple’.

The contract is yet another attempt at a complete ‘rights-grab’, this time from the management of the Foo Fighters, which is fronted by charismatic everything guy Dave Grohl.

This comes only days after The Irish Times announced that it would boycott photographing an upcoming Taylor Swift concert for the exact same reasons. However, criticism on live music photography contracts was thrown into the spotlight after Swift made a public stance against music streaming services, which a photographer found slightly hypocritical given the rights-grabbing contract he was issued by her management. (And for those interested, Dave Grohl ‘don’t f’n care’ about music streaming)

The Washington City Paper, an alternative weekly paper with focus on news and arts, said that if it signed the contract the Foo Fighters would have the final say in what images are put to press; they could only be used once; and the copyright would be transferred to the band.

‘Then, here’s the fun part, the band would have “the right to exploit all or a part of the Photos in any and all media, now known or hereafter devised, throughout the universe, in perpetuity, in all configurations” without any approval or payment or consideration for the photographer,’ Washington City Paper editor, Steve Cavendish, wrote.

He said that the band’s management said ‘these types of contracts are “standard” and they “protect the band”’.

‘But that’s not even close to being true,’ he wrote. ‘The Rolling Stones, to name one huge act, aren’t demanding newspapers sign over their pictures and the Stones are in the middle of selling out half of the stadiums in North America.’

While the Washington City Paper has followed The Irish Times in its right push to resist a rights-grab from large touring acts, unfortunately the direction Cavendish rules the US paper will take doesn’t assist the plight of professional freelance event photographers. In fact it works against them. He said the paper would crowdsource images from the tens of thousands of attendees using their smartphones at the concert, with the chance for concert-goers to make a sale if it has a run in the paper – set to hit stands on Thursday. 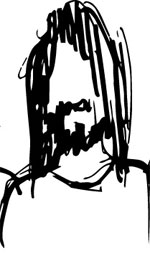 Most picked up that this policy ‘hurts pro photographers just as much as the contract does,’ as one person commented. Another said that front row tickets to a Fooey’s concert costs US$750, so photographers should shut up and enjoy the music. And others accepted that it’s increasingly difficult for professional photographers to compete with ‘iPhoneographers’ and pointed to the current state of photojournalism.

But most importantly, what does Dave Grohl think about all this?