The AIPP’s front page now features an additional ACMP logo. The agreement is truly set in stone, and so far the industry has welcomed the news with open arms. 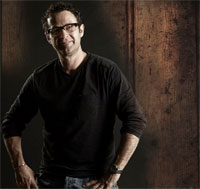 ACMP president Richard Weinstein (pictured right) informed Pro Counter that in the lead up to the alliance, the organisation conducted research and interviews with members and influential figures to explore how best the organisation could ‘move forward’.

‘We’ve had very positive feedback from more than 50 percent of our members. I’ve had on numerous occasions really positive e-mails coming through to me from members that belong to both organisations – as well as people that haven’t been (ACMP) members for a while, who are now looking to rejoin,’ he said.

Weinstein enthused that the ACMP and its members will benefit from the solid infrastructure that the AIPP owns, such as the sleek new website and management system. Additionally, being part of the APPA awards; having access to a broader network of knowledge and support; as well as being able to offer sponsorships, prizes and initiatives to members will also benefit the organisation.

And to top it off, Weinstein says the ACMP will be able to represent all commercial photographers from Australia – not just those in Melbourne and Sydney.

‘With this merger we’re able to offer our members so much more in the regional and rural parts of the country. Our Perth members – we haven’t been able to get out to them as much, or Brisbane and Adelaide,’ he said. ‘I think those out of town – out of the commercial hub – are going to benefit so much more.’

Anyone with a close eye on both organisations over the years could have foretold that the two would eventually become one. ACMP or AIPP members may recall during Sacha Walters later years as ACMP administrator, the two organisations ran a series of collaborative events.

After Weinstein was nominated president of the ACMP late last year, he found that the ACMP board worked well with the AIPP president Ross Eason and his board. While dialogue between the two organisations went on for many years prior, it was during this time that the new direction surfaced as the next logical step. 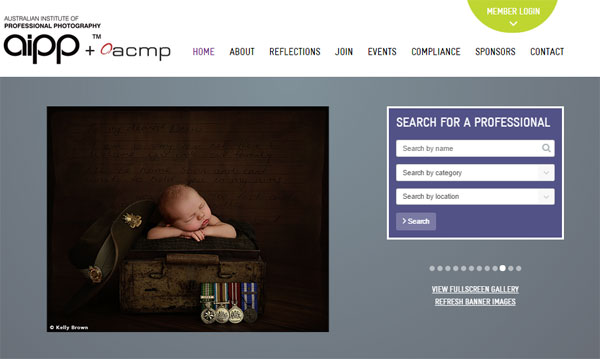 As many may be aware, the ACMP became somewhat inactive over these last few years, and the rumour mill fired up with speculation that dwindling membership numbers had created an insecure financial situation for the organisation. While the merge may assist these issues, Weinstein claims there’s a strong possibility it would have gone ahead regardless. The final decision to have the ACMP engulfed by the AIPP was made entirely for the photographers and for the industry.

Chris Shain, a board advisor at the AIPP and the first elected president of the ACMP backs this claim, saying: ‘let’s get this going for the industry and for photographers sake. There’s a limited pool of sponsor and industry money; and there’s lots of issues going on, as we all know, with advocacy type things. Obviously one very united voice has more clout than many.’

‘It’s fantastic. A really good thing for the industry and for commercial photographers,’ Shain continued. ‘The industry recognises that the ACMP brand is very strong, and so have the AIPP. I think it’s very positive and I can’t think of too many people involved with the business that would think otherwise.’

And he’s right. Professional photographers have been nothing but positive on both the AIPP and ACMP Facebook pages, where the announcement was made public.

‘Great news finally. This was always the ultimate end game even in forming the ACMP some 20 years ago,’ Melbourne photographer and ACMP member, Glenn Gibson, commented. ‘It’s a pity it’s taken 20 years to get there and that some bloods been spilt along the way, but this is great news and THE ONLY way our industry can have a stronger voice and bring greater benefits to members moving forward. Let’s only look forward and not back from here!’

Industry icon, John Swainston, also shared his thoughts on a Pro Counter article (linked below). Here is a passage of what he wrote:

‘Well this has been a long time for the ACMP to return to the fold, over 20 years in fact. But it’s a return at a time when unity and professional standards have never been more important. In its early years the ACMP, largely through the efforts of Nancy Cohen and several other activist commercial photographers, did incredibly valuable work on copyright. Everyone in the industry benefited. The ACMP Collection gathered in an annual book, crafted by the likes of Peter Adams, Milton Wordley and Rob Imhoff, showed a creative standard in media and commercial photography unmatched in other countries. The Barossa weekends at the dawn of the digital era enabled informed commercial transitions, without which many more photographers would have seen hard times. So let those significant milestones and events not be forgotten, but let’s all rejoice that the current AIPP, in its enlarged form, will be able to fully represent the whole profession, bringing educational standards and accreditation to new levels.’

Pro Counter spoke to AIPP executive officer Peter Myers on the day of the announcement. Click here to read.