Fairfax Media has ‘sold the family silver’ after an Arkansas company it signed up to digitise its photo archives went into receivership. It’s unclear where the photos have gone, or if they’ll be returned. 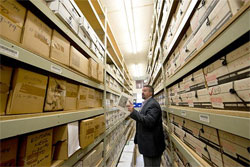 In June 2013, Roger’s Photo Archive released a press release announcing it had finalised a partnership with Fairfax ‘to digitize and catalog all of the company’s news photo archives.’

‘Its photographic collections span more than 100 years of history, as covered by publications past and present, including The Sydney Morning Herald, The Sun-Herald, The Age, Sunday Star-Times, Auckland Star, and Dominion Post,’ the press release read.

At the time Garry Linnell, Fairfax’s director of News Media, enthusiastically stated that ‘by digitally archiving the images, we are not only preserving them for future generations, but we’re ensuring the images can be readily accessed by any of our publications, as well as those in the community that are interested.’

According to the agreement, Rogers Photo Archive (RPA) was to pay $300,000 for up to 8 million original photographs and negatives from a large number of Fairfax publications. After the ‘digital library’ was delivered to Fairfax, RPA would assume ownership of the physical materials and Fairfax would own the digital copies.

Nick Kreisler, a Melbourne photographer who specialises in digitising historical archives, said that prior to the RPA agreement he had been in regular discussion with the Fairfax library about how to best get the job done.

From his observations Fairfax was in a tough position, but the three major challenges it faced with digitising the photo archives would have been solved with the RPA agreement.

‘Firstly, the Fairfax library was under pressure from people up the top to come up with a solution for this enormous repository of film and material. I’d imagine it’d go to the turn of the last century,’ Kreisler said to Pro Counter. ‘Another challenge they were facing was simply storage – they had offsite storage for all this material. The other challenge was that, as happens with old film, it was turning to vinegar. So you have several issues: storage, deterioration of the material, and how to digitise such a vast collection.’

With cost pressures provoking Fairfax to slash its photography department, it’s hardly surprising the company sought a low-cost alternative for its photo achiving issues as well.

The RPA website boasts it can digitise more than 1.2 million images per month with ‘a small army of more than 300 experts.’

But Kreisler said while he can only speculate how RPA would digitise the collection, in his own experience it’s a tricky and time-consuming task.

‘When I was at the State Library, we were digitisating a collection of 40,000 images that had all been mounted onto 35mm slide holders. They were all catalogued and on an automated setting. In a three-year period we had done about 10,000,’ he said.

In the lawsuit filed in the Arkansas Circuit Court by Fairfax, the company alleges it terminated the agreement in September 2014 after it found a number of terms in the agreement had been broken. It found a handful of images it still technically owned floating around for sale on eBay. 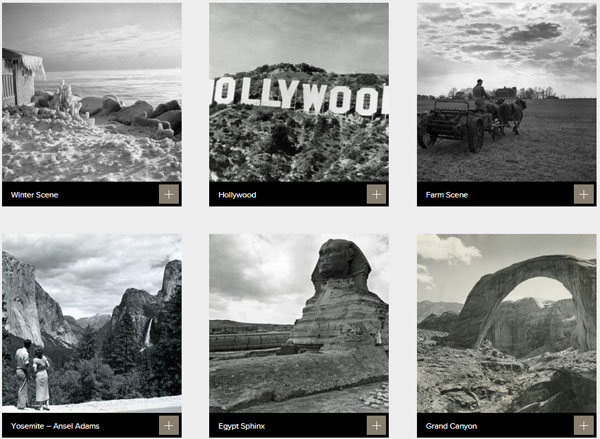 At one stage, RPA was supposedly earning US$120,000 by selling images on eBay. He described his eBay shop as ‘the Walmart of photography’. Here is a few photos from the apparent 35 million purchased from newspapers.

But more importantly, it alleged that over time RPA became increasingly unresponsive, made mistakes and handled requests in a clumsy manner, if at all.

That may have had something to do with the string of the lawsuits which began popping up in 2014 against RPA and its owner, John Rogers, which allege sports memorabilia fraud, unpaid debts and broken deals.

Currently there are over a dozen lawsuits filed against RPA or Rogers, amounting to over $90 million, according to Minnpost, which made a point of highlighting how embarrassing and short-sighted it has been for newspapers to hand over their invaluable historical archives. It doesn’t seem that much in the way of due diligence had been carried out.

To top it off, in January 2014 – months after the deal was sealed –  the FBI raided the RPA warehouse and appointed a receiver to handle the business.

Fairfax’s lawsuit aims to retrieve the historical archives which consists largely of photos from New Zealand newspapers, but the lawsuit says The Sydney Morning Herald, The Age, and other Australian archives were also shipped.

A Fairfax spokesperson, Emma Carter, told the NZ Herald that the majority of images had been scanned and RPA continues to work on it. But the lawsuit says otherwise, stating the materials have been transferred to another organisation in Arkansas, and Minnpost says RPA currently consists of ‘a maintenance crew of less than 10’. 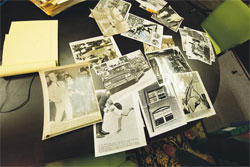 Despite the lawsuits, John Rogers has largely avoided the media spotlight, and no newspapers that dealt with him have covered his story. Source: Brian Chilson/Arkansas Times

Kreisler emphasised just how complex the digitisation job Fairfax originally faced was. He noted that filing the entire digital archive seemed excessive; images from, say, a community pet show in 1968 wouldn’t really have much future value. And filing the archive in an easy-to-access,searchable online folder also presented challenges.

‘I’ve seen this type of thing happen numerous times with digitisation. People that run organisations think you can simply send off all your material and it will come back neatly packaged as high-res TIFFs or something. The reality is really different. Outsourcing large scale projects to be digitised rarely works.’

A solution he pitched to Fairfax at the time wouldn’t eliminate the warehousing bills, but would otherwise have have been relatively inexpensive.

His idea was that if Fairfax gave him access to the archives he would fulfill digital license requests and take the profit. He’d then upload the requested image to a digital archive, which would be built progressively, based on demand.

‘Over time we would build up an archive for Fairfax of what would be these iconic images or a selection of the collection, as defined by what the public are requesting,’ Kreisler said. ‘That was a model I proposed to them loosely. I don’t know how workable it was, or how it would tackle the issue. But they weren’t interested in that, I think they just wanted the collection out of their life.’ 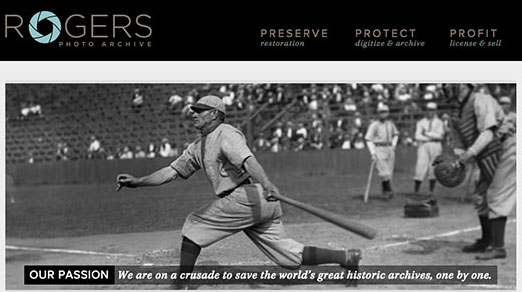 The homepage to Rogers Photo Archive

It’s not all doom and gloom for the preservation of historical newsworthy images.

The State Library of NSW along with the National Library of Australia has been working on a project called ‘Trove’. For the past few years it has been digitising historical Australian newspapers, photos and documents and places them in the public domain.

Pro Counter attempted to contact Scott Wajon, who runs the digitisation project, but did not hear back in time.

But it still remains that thousands of historical Australian and New Zealand photos are now trapped somewhere in Arkansas.

‘For somebody to go “let’s send Fairfax’s photo archives off to America”… You don’t know much about a company like that in America unless you do quite good diligence checking them out. They may be just paying minimum wage to some people to sit in a room, or even a garage, and just churn it out,’ Kreisler said.

Fairfax is now scrambling to repossess the collection. And the collection will probably still need to be digitised. So what initially appeared as a deal too good to be true, certainly seems it was indeed just that.

One thought on “Historic Fairfax photos trapped in Arkansas”