Belgian photojournalist, Bruno Stevens, investigated Troilo’s submission and found that his photo ‘of a painter creating a work with live models’ was shot in Brussels and not Charleroi – the town that he was portraying in his winning photo series ‘La Ville Noir – The Dark Heart of Europe’. Despite the WPP launching the initial ‘investigation’ (which relied only on Troilo’s account and the initial complaint from the Charleroi mayor), it took a third party to unveil the misleading facts.

‘The World Press Photo Contest must be based on trust in the photographers who enter their work and in their professional ethics,’ managing director Lars Boering said. ‘We have checks and controls in place, of course, but the contest simply does not work without trust. We now have a clear case of misleading information and this changes the way the story is perceived. A rule has now been broken and a line has been crossed.’

Director of France’s Visa pour l’Image, Jean-Francois Leroy has chosen to not mount any WPP contest winners at the photojournalism festival, saying ‘the photojournalists we want to represent do not call upon their cousins to fornicate in a car’. Read below for more info.

This whole mess, along with previous incidents, shows just how difficult it can be to award photojournalism, and the complexities that face an organisation attempting to define the rules of photojournalism. Hopefully this is the last we’ll hear on the matter!
–
The World Press Photo contest has conducted an investigation after the mayor of a Belgian town called on the organisation to strip a photographer of their award for manipulating a series of images. The verdict is in, and the photographer is not guilty, despite staging at least one of his photos!

Italian photojournalist, Giovanni Troilo (right), won first prize in ‘Contemporary Issues’ for his bleak photo series portraying Charleroi, a Belgium town which, according to Troilo, has become ‘the black heart of Europe’.

The mayor of Charleroi, Paul Magnette, wrote in a letter to the WPP that Troilo’s awarded work ‘is anything but photojournalism’, stating he hid ‘some perspectives with unverified information’, and distorted and twisted reality by staging images.

‘The photographer has literally gone about distorting reality, which discriminates against the city of Charleroi, its people, and the profession of photojournalist,’ Magnette wrote. ‘No, Charleroi is not the black heart of Europe. You will not find residents who recognise this town in his series of images.’

In a lengthy announcement the WPP concluded that there was ‘no grounds for doubting the photographer’s integrity’, which includes a clarification by Troilo for the entire project as well as an explanation for each image and caption.

The organisation states that documentary photographers may follow subjects in their environment, but shouldn’t ‘fabricate situations from his own ideas’ or ‘direct people to engage in activities’ they wouldn’t normally. In other words, a photographer is free to stage an image provided it would ‘ordinarily’ occur.

The US National Press Photographers Association said that serious students of Ethics and Photojournalism may have a problem with this conclusion. 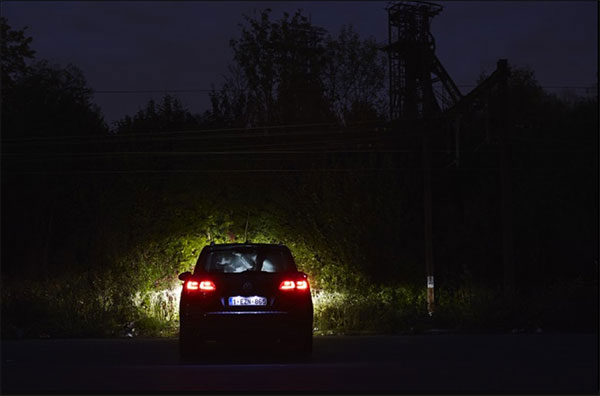 One of Troilo’s images (below) shows a car in a parking lot with the headlights and interior lights on, where a couple inside appears to be having sexual intercourse, with the edited caption reading: ‘Locals know of parking lots popular for couples seeking sexual liaisons.’


Troilo’s unedited caption submitted to the WPP states that one of the locals in the image, his cousin, ‘accepted to be portrayed’ and did not find the ordeal ‘strange’. Thus the image fell within the WPP rules. However, Troilo certainly didn’t stumble upon this scene as he drove around the streets of Charleroi looking for subjects to photograph, as implied by the edited caption.

The remaining images in question have similar circumstances, but all fall within the rules set by the WPP.

The organisation has recently volunteered to lead an industry-wide crusade to combat photo manipulation after it revealed that 20 percent of finalists were disqualified for post-production doctoring. But some are now questioning the organisations integrity, rather than photojournalism’s.

‘Awarding first prize to a false story, after the scandal of doctored photos is not a small matter,’ a Petapixel commenter wrote. ‘But I do believe they’ve made a bad decision. People will remember this, and won’t take them as credible anymore.’

Magnatte clearly has some interests in dictating how his town is projected, but he wasn’t the only one that interpreted the photography as manipulative.

‘The use of the staging, artificial lighting and especially the fake and falsehood of the captions involved in the construction of this fiction take on the appearance of a report,’ Belgian photographer, Thomas Vanden Diressche, wrote. ‘This does not cause me any concern if this essay set was the result of a very personal artistic work. But the photographer does not present his work as such.

‘Rather, it clearly gives a real journalistic dimension/documentary approach. The mere fact that this series was submitted to the World Press Photo and especially the fact that it has been awarded gives it a journalistic credibility.’