When Apple announced the retirement of its professional photo editing software, Aperture, Adobe swooped in and invited Aperture users to jump ship to the Creative Cloud, furthering the market share the software behemoth enjoys. 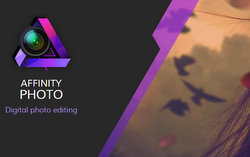 But Affinity Photo, a new piece of Mac-exclusive photo editing software aimed at professional photographers, says that it aims to rival Photoshop by offering better editing functions at a fraction of the price.

Affinity Photo launched a free beta version on Monday, and while most Photoshop alternatives become a niche for the select few that embrace them, Affinity Photo unashamedly plans to draw subscribers from the Creative Cloud.

‘Photoshop is an amazing piece of software,’ Ashley Hewson, managing director of Serif, Affinity Photos’ parent company, said to Creative Bloq. ‘But the problem is, it’s built on 25-year-old architecture. When that architecture was being created, Adobe couldn’t have anticipated the incredible developments we’ve seen in computers since. Which means that they’re now struggling to adapt Photoshop to take advantage of modern computing power.’

This is where Hewson says Affinity Photo has a big advantage. Given it was constructed on a new codebase it has the latest hardware capabilities, making for a much faster and smarter piece of software than Photoshop.

As for what the beta software can do, professional photographers have access to Frequency Separating editing, live blend modes, Inpainting, advanced retouching, mesh warp, healing brush tools, and more. 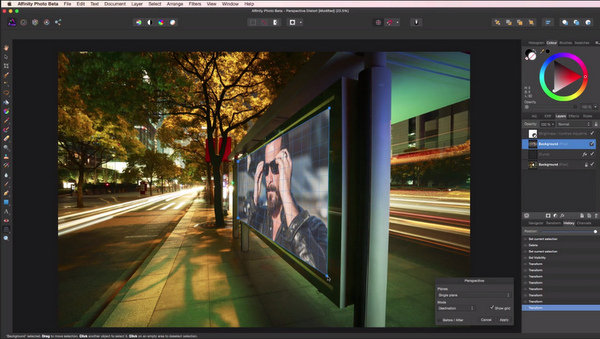 Based on a scroll through various comment sections, many have said they are pleased with the software, but the learning curve from Photoshop to Affinity Photo is ‘steep’. (Most are disappointed there’s no Windows version, which is planned for release one day, but not any time soon)

Time will reveal whether Serif’s Affinity Photo will truly challenge Adobe’s Photoshop, but here’s to hoping it does – as Adobe must be feeling pretty lonely all the way up in the clouds.

Click here to watch a video showing the software in action and to download the beta version.