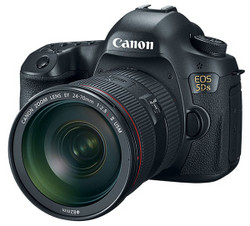 As reported last week on Pro Counter following leaked details, the two new cameras boast a 50.6 megapixel CMOS sensor – gazumping the Nikon D810’s 36 meg in the great pixel race. The dual DIGIC 6 processors featured in both cameras are designed to manage the high volumes of data coming from the sensor while reducing image noise.

Canon says the cameras will provide ‘the image quality of medium format with the usability of the EOS system’, to ‘provide an alternative to medium format cameras in the full-frame sensor market’.

The cameras feature a 61-point AF system, with 41 being cross-type points for image sharpness and accuracy. This, along with quite a few of the specs beyond the sensor resolution, are inherited from the 5D Mark III.

Both cameras can continually shoot at 5 frames per second, and the main point of difference is that the 5DS R has no low pass filter, similar to what Nikon did with the D800/D800E. (Odd that it costs an extra $200, but it must be ‘what the market will bear’.)

The 5DS and 5DS R will be available in June. No local prices have been supplied as usual, but in the US market Canon is quoting US$3699 and US$3899. 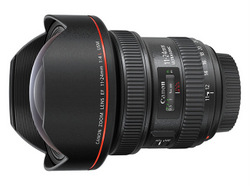 Canon has claimed this is the ‘world’s widest-angle rectilinear zoom lens’ (excluding fisheye) with a focal length of 11mm.

The L series lens is equipped with a 9-blade circular aperture diaphragm. And If you’re wondering what the acronym USM stands for, it’s ‘Ultra Sonic Motor’, which offers silent autofocus, as well as higher precision and speed (than a non-Ultra Sonic Motor, we guess.)

Available sometime in March. Again, no local price was supplied, but US pricing is listed at US$2999.

Other features include:
– New optical design and the use of one Super UD element and one UD lens element;
– Dust- and drip-proof structure on the mount, switch panel, zooming ring and focusing ring;
– Four aspherical lens elements, including a ground aspherical element;
– ASC coating to prevent reflective effects.